Amy Hennig On Working With Lucasfilm: It’s Been Amazing, They’ve Been Generous With Constraints

Venturebeat's Dean Takahashi managed to interview both Amy Hennig and Jade Raymond during MIGS 2015 (Montreal International Games Summit), and the huge article is well worth the read if you enjoy delving into the minds of two of the most influential women in game development. 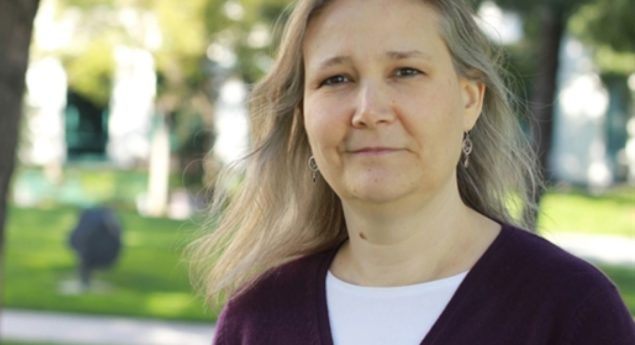 Even more interestingly, Amy Hennig talked a bit about her working relationship with Lucasfilm about her new Star Wars game (which is being developed with the help of Jade Raymond's new studio, Motive).

Some people might be worried about the constraints that an IP like Star Wars could put on a writer like Hennig and she admits to have been skeptical at first, but eventually things turned out great:

I was skeptical when I came in. “How good could this be? It’s the biggest IP in the world. It’s Lucasfilm and Disney and Electronic Arts.” But it’s been amazing. To be able to work with these people who only want to nurture new ideas and good ideas and protect their creatives—It’s not what you would expect.

I’ve been working closely with Lucasfilm since I joined, as has my team – with their story group, with their tech group, with Doug Chiang, their creative director. We’re trying to build more. We work with the story group, sitting down with Kiri Hart and Diana Williams and Pablo Hidalgo and the rest of the team. We walk through our story and brainstorm. They say, “Well, what if we did this?” and it grows. We talk to the filmmakers as well. It’s an unusual creative relationship. Their whole spirit is collaboration. They don’t want to have everyone silo’d off working on their projects.

But they’re very encouraging to their new creatives. Any time you’re trying to solve a creative problem, you want constraints. A blank slate is paralyzing. People tend to do their best work within constraints, whether it’s creative or time or whatever. They’ve been incredibly generous and free with those constraints. They’ve been great partners.

Jade Raymond even remarked that Amy Hennig meets with Lucasfilm basically every other week, so it's not like these meetings happened once or twice. This is certainly encouraging for Star Wars fans, since Lucasfilm is trying to forge a cohesive universe without blocking the creative input of writers, and by extension for the game itself, which is still somewhat of a mystery in terms of details.

We know that actor Todd Stashwick (who was originally set to play Sam in Uncharted 4: A Thief's End and left Naughty Dog at the same time as Hennig) will be co-writing, but other than that we're still in the dark.

Let's hope to hear more about it soon; we'll certainly follow its development closely, as it's about time that gamers had a story focused single player Star Wars title.