Chip designer Advanced Micro Devices, Inc (AMD) Ryzen microprocessors installed inside U.S. electric vehicle manufacturer Tesla, Inc's Model 3 electric vehicles are reducing their driving range according to a report from advisory service Teslascope. Tesla, which had previously used Intel Corporation's Atom processors for its infotainment systems, has recently made the switch to AMD devices, and the report shows that Tesla customers who had pre-ordered a Model 3 are now being asked by the company to accept a range decrease for heir vehicle in some jurisdictions due to consumer protection laws. Additionally, the range for Tesla's Model Y also appears to have increased, but this seems to be due to the vehicle receiving larger batteries.

The report from Teslascope came in the form of a tweet that also highlighted how buyers in Australia are required to consent to have their vehicle range decreased since the time a pre-order was made. While the message sent out by Tesla does not explicitly mention AMD, it does state that a new computer for the Model 3 is affecting the vehicle's range.

We have updated Model 3 vehicles to optimise the touch screen experience with our new car computer. This hardware change requires more power, resulting in a minor drop in range. Your Model 3 range is now 602 kilometers (WLTP), 22 kilometers less than originally communicated.

It then proceeds to ask the user whether they would still like to proceed with the pre-order. As Teslascope notes in its tweet, the message has not been sent to all customers who have pre-ordered a Model 3 for themselves or others, and the one sent in Australia is due to stricter consumer protection laws in the country. 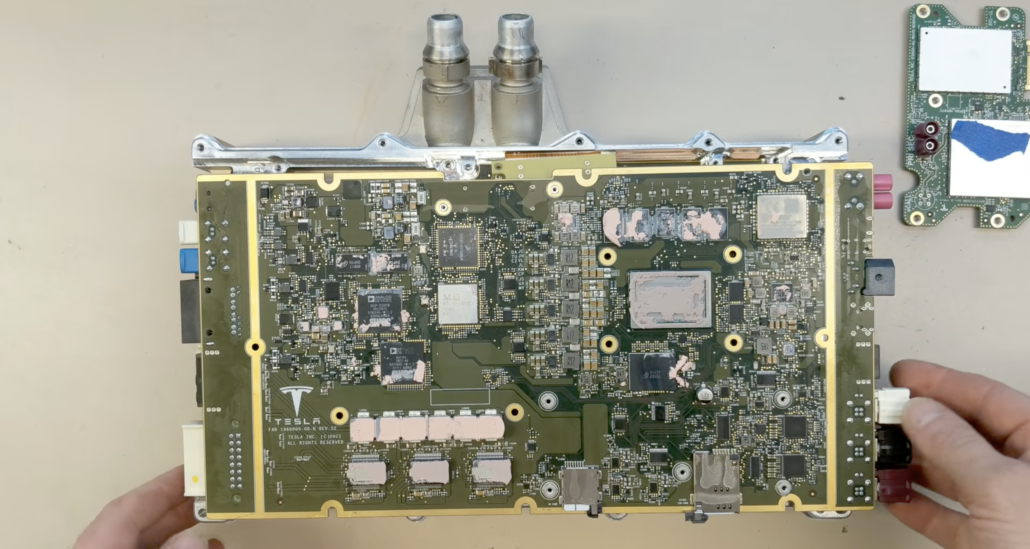 The Ryzen has been present inside Tesla's other electric vehicles, such as the Model S Plaid and the Models S and X since last year, and a teardown of the Model S Plaid's Media Control Unit revealed the specifications of the processor.

According to YouTuber Ingineerix, the Model S Plaid's MCU Ryzen had the following specifications:

Cell Modem is a Quectel AG525R-GL

Gateway is still the venerable SPC5748GSMMJ6

Ethernet Switch is a Realtek RTL9068ABD

Insideevs, which originally picked up the report from Teslascope shares more details for the Model 3 range reduction. It reports that:

The range details were originally shared by the Twitter account Tesla_Adri, who goes further and quotes a source within Tesla confirming that the range reduction is due to AMD's chip.

Teslascope had been the first to discover in December last year that the 2022 variants of the Models 3 and Y were also equipped with AMD's processors.