AMD's Ryzen 4000 CPUs based high-end gaming notebooks have been listed by several major retailers and are up for pre-order till their release on the 16th of March. The Zen 2 based line of high-performance gaming notebooks is going to deliver insane amounts of horsepower on par with some of the highest-end mainstream desktop CPUs available in the market today.

The AMD Ryzen 4000 Mobility CPU lineup, codenamed Renoir, is a force to be reckoned with. The performance numbers that we have seen so far put them on par with Intel's 9th Generation Core desktop processors and even AMD's own 3rd Gen Ryzen CPUs which is very impressive for these 35-45W chips. What's more impressive is that these Zen 2 based Gaming notebooks would feature prices comparatively lower than Intel-based parts with the same hardware. 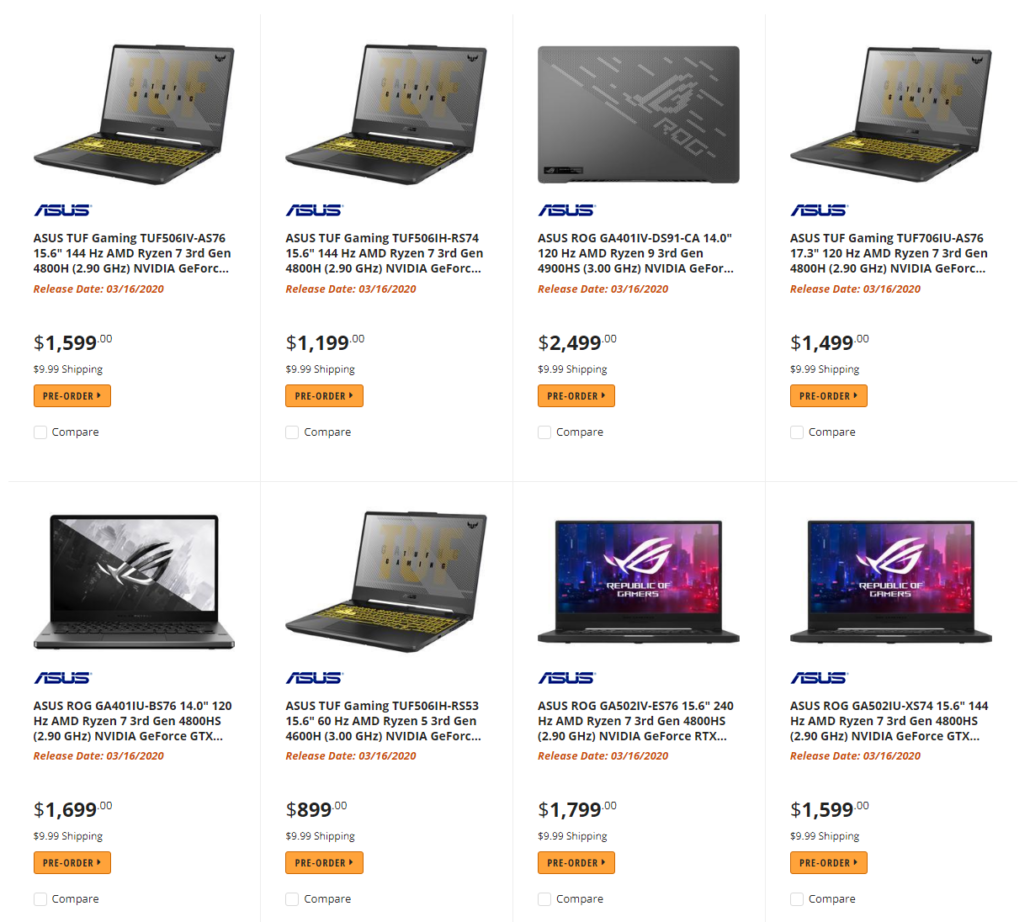 Starting with the models, Newegg has a total of 8 ASUS ROG and ASUS TUF Gaming models listed for pre-order at various price points. The models are as below:

It's also interesting that the Ryzen 9 4900HS is also mentioned here with the ROG Zephyrus G14 but it doesn't come as a surprise as we just talked about this processor a few days back. Canada based retailer Memory Express has also listed the ROG Zephyrus G14 with Ryzen 9 4900HS and the RTX 2060 Max-Q for $2499.99 CAD. They have taken down their listing but they mentioned that the gaming notebook will be available for purchase on Monday, 18th March while Newegg Canada is mentioning a purchase/availability date for the same ASUS notebook for the 16th of March.

Comparing some Intel-based solutions with an RTX 2060 Max-Q, the prices on those start at around $2000 US which is definitely a much higher asking price than the AMD variants which seem to be priced around $1500 US while giving the same or even better performance with a more modern architecture that delivers higher battery times and a much quieter and cooler operation in gaming workloads. 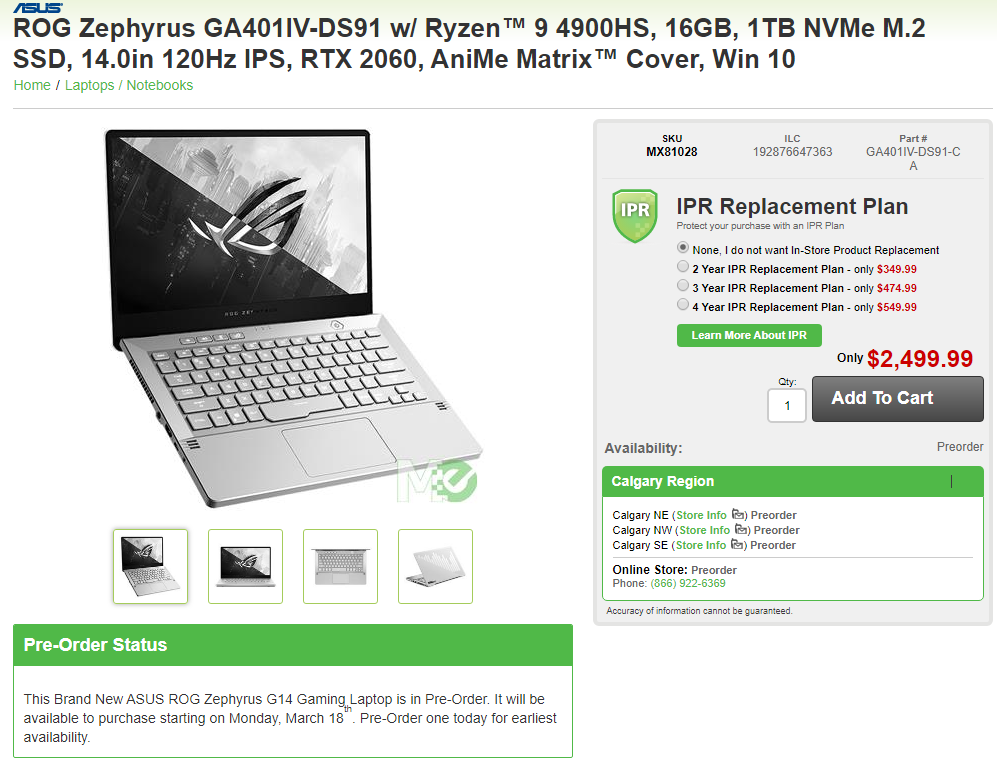 Aside from that, Amazon China has listed down the ASUS TUF FA706IU Gaming notebook with the Ryzen 7 4800H & GTX 1660 Ti for 10,359 Chinese Yuan or roughly $1500 US. The laptop is said to be available on the 31st of March. Based on the listings, it looks like each retailer/region would be launching Ryzen 4000 notebooks at different dates with the North American and Canada markets getting prioritized first hence the earlier availability dates in those markets.

So coming to the lineup first before we state each CPU's respective market positioning, the AMD Ryzen family is made up of two processor segments, the H-series, and the U-series. The H-series chips are aimed at higher performance notebooks with each CPU conforming to a TDP figure of 45W while special binned variants of each chip, branded with the 'HS' tag, will also be shipping with a 35W TDP. The family consists of the following announced and unannounced CPUs:

The Ryzen 4000 U-series parts are aimed at ultra-low-power and mainstream notebook designs with each CPU conforming to a 15W TDP. The lineup is more expansive than the H-series since it tackles the mass market and consists of the following announced and announced SKUs:

Intel is expected to release faster 10th Generation Comet Lake-H CPUs and 10nm+ Tiger Lake-U processors later this year so that would definitely heat up the competition in the mobility space but for now, AMD seems to be all set to conquer more of that good mobility market share from Intel. AMD expects to ship the first Ryzen 4000 laptops in this quarter with 100+ models shipping in the entirety of 2020.