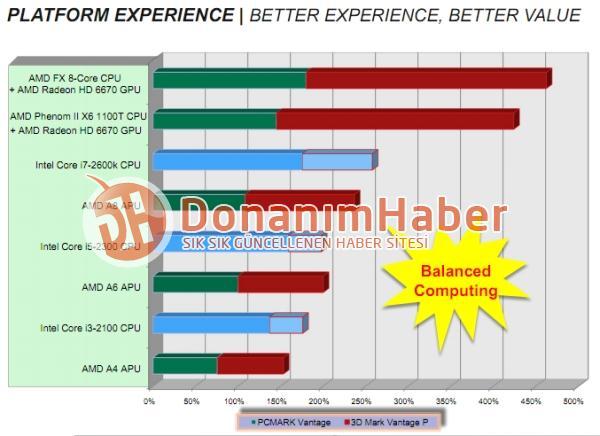 A new set of slides have been leaked to media by AMD during its internal presentations to its industry partners. The leaked slides detail performance stats of AMD's bulldozer and Llano Platform on how well they will compete against the Intel's Sandy bridge lineup.

The slides show a Bulldozer based FX series processor consisting of 8 cores which is put against Intel's Sandy Bridge i7 2600K CPU, The Intel CPU as we already know uses its internal HD 3000 IGP graphics while the AMD system is equipped with a discrete HD 6670 Graphics solution. AMD also suggested that an discrete HD 6690 Graphics card would make the cost same as a single i7 2600K.

Benchmarks on which the performance level was estimated include PCMark Vantage and 3DMark Vantage P (performance preset). The PC Mark Vantage is based on pure CPU power and both processors seem to perform the same in this test but in 3D Mark Vantage, Bulldozer with its discrete HD 6670 solution outperform the Intel CPU + HD 3000 graphics by four times. Also the interesting thing is that the bulldozer based rig is only about 20% faster than a Phenom II X6 1100T and Radeon HD 6670 in both tests.

As far as the Llano chips are concerned, They seem to perform a bit slower than the i3 offerings of Intel's Sandy Bridge Series in PC Mark Vantage while outperform in 3D Mark due to the Llano's APU die equipped with a HD 6550 IGP solution.

The thing is that AMD is now focusing towards Price/Performance Ratio with their CPU's now performing well and consuming power efficiently but when it comes to raw processing power, Intel has the lead. 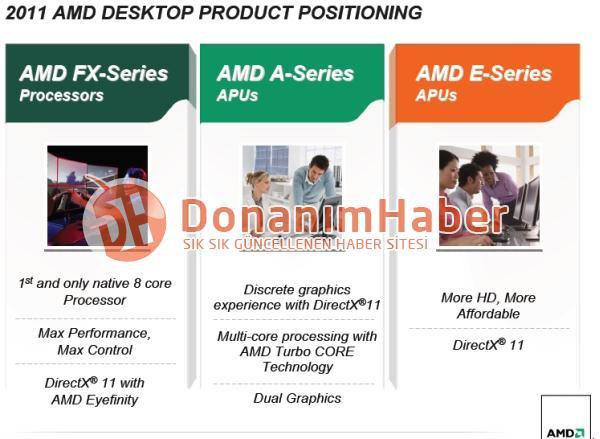