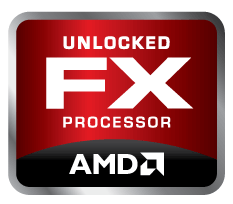 The new CPU-z 1.56.4 will add support for the FX-Series processors. Details in the screenshot show that the CPU is running at a clock speed of 1.4Ghz consuming 0.950V (TDP isn't listed). Either the chip used was part of the older revision which had performance issues or due to power gating feature the cores were down clocked due to idle usage. Socket AM3+(942) has been mentioned and the chip has a total of 8mb L3 cache. The author also detailed some on the new features of Bulldozer CPU's and added CPU-z support as follows: 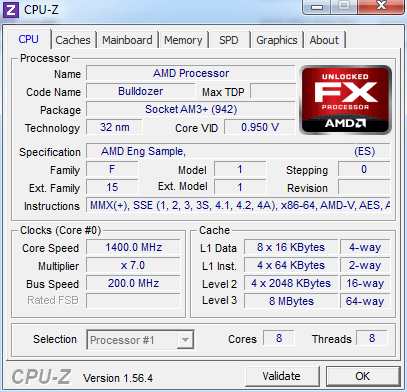 We also recently reported a 6Ghz model of the FX-8130P processor running at 6Ghz using liquid nitrogen, You don't want to miss that out. Check it here.