In a conference call with financial analysts, AMD revealed that they would be taping out their first products based on the 20nm planar process technology and 14nm FinFET chips in the next couple of quarters. AMD's  Senior Vice president and general manager of global business units, Lisa Su, said the following during the quarterly conference call: 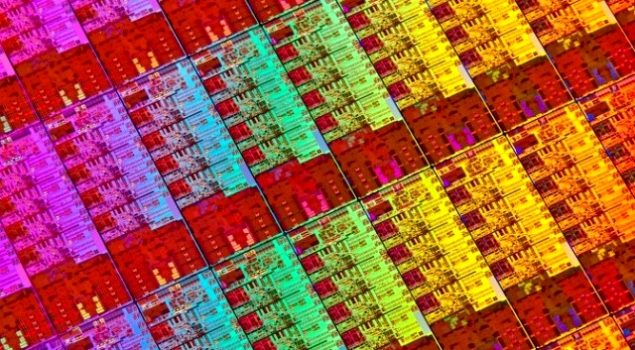 “We are typically at the leading edge across the technology nodes. We are fully top-top-bottom in 28nm now across all of our products, and we are transitioning to both 20nm and to FinFETs over the next couple of quarters in terms of designs. So we will continue to do that across our foundry partners. […] We will do 20nm first and then we will go to FinFETs,” Xbitlabs

The TSMC made 20nm planar process technology is supposed to go online in February 2014 so AMD is expected to tape out their first 20nm based product in 1H 2014. The new 20nm technology is supposedly going to featured in AMD's next generation graphic processing units which would replace the recently released AMD Volcanic Islands parts. From previous information, we know that the 20nm based lineup would supposedly be known as the AMD Pirate Islands series.

Next up is the 14nm-XM FinFET process technology which would be made by GlobalFoundries in the first half of 2014. The new 14nm-XM FinFET technology would be featured inside AMD's low power product stacks which includes Mobile, Tablets and All-In-Ones. As far as product launches are concerned, we can expect a launch date of the new products based upon the TSMC 20nm and GLOFO 14nm FinFET processes by late 2014 or early 2015 since they are only currently being tapped out.

AMD has also shown as a vast majority of roadmaps recently which show both their server and consumer products for 2013-2014 based upon the current 28nm and 32nm SOI process. AMD's first 28nm architecture desktop PCs codenamed 'Steamroller' is going to launch later this year in the form of the Kaveri APU for the  FM2+ platform. AMD is also supposed to launch their new Crystal Series mobility graphic parts later this year although no details are available on them yet.

Talking about 20nm, NVIDIA is also set to enter the new era early next year as being reported by our sources. This mean we may see NVIDIA Maxwell during the end of 1H of 2014. Intel on the other hand is going to ship their 14nm Broadwell chips by the end of this year.