The AMD Radeon RX 5300 launches at a time when the red team is close to introducing its 2nd Gen RDNA based GPUs. AMD has confirmed that it will focus on the high-end & enthusiast segment first with its RDNA 2 lineup so the Radeon RX 5300's launch could make sense if the entry-level products are planned for launch next year.

Display options include HDMI 2.0 and DisplayPort 1.4. The GPU has all the bells and whistles you can expect from an RDNA based graphics card such as the AMD Freessync support, Direct X 12 & Vulkan API support.

As for performance, AMD is targetting the Radeon RX 5300 at an entry-level 1080p gaming card. It is compared to the NVIDIA GeForce GTX 1650 (overclocked) and delivers up to 45% better graphics performance in Battlefield 5 in high settings. NVIDIA has replaced the GeForce GTX 1650 with the SUPER variant which comes with a similar price point and far better performance so that might be a more valid comparison. We have yet to see how well the thermals and power consumption the RX 5300 handles. 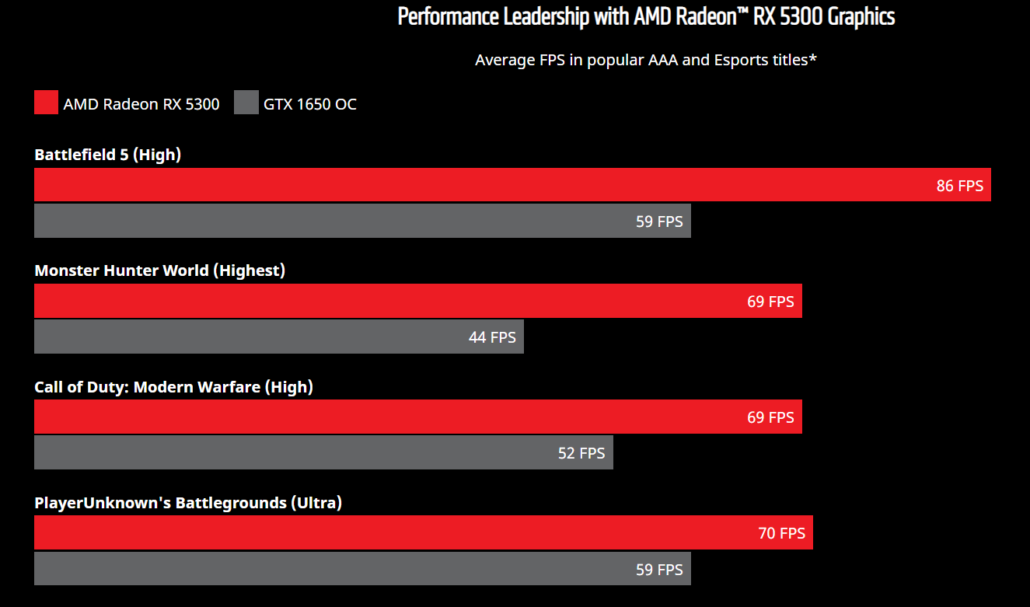 The retail availability for the card isn't announced yet but considering that the Radeon RX 5500 XT 4 GB variant costs $169 US, the Radeon RX 5300 3 GB graphics card should feature a price point well below $150 US.