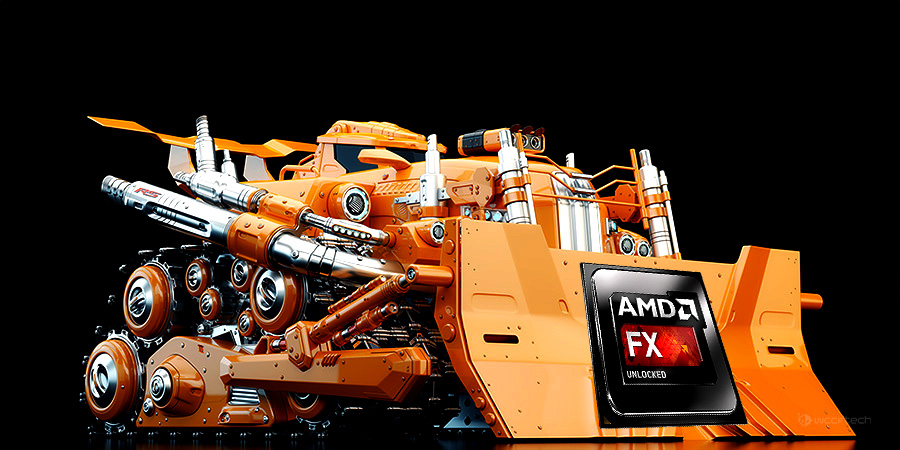 AMD has finally settled a class-action lawsuit for false advertising for a grand total of $12.5 million. This is great news for both investors as well as gamers because this amount could have been much higher had it gone to court and customers of the Bulldozer processors can finally get a payout. How much is the payout you ask? Well, lawyers are taking 30% of the settlement (or $3.63 million) and the court projects that roughly 253,428 customers will step forward to claim the settlement and with that number of people, the payout will be $35 per head.

AMD settles Bulldozer lawsuit for $12.5 million, you could be eligible for a payout between $8.8 to $35 depending on the number of claimants

Of course, as with any settlement, if more or less number of people come forward the payout per person will be adjusted accordingly. To be eligible for the claim you need to have bought one of the following seven Bulldozer SKUs in California or directly from AMD's website:

AMD's Bulldozer processors have a love em/hate em relationship with its customer base but were largely a financial failure due to an architecture that wasn't competitive (till Zen came along and kicked everyone's motherboards). The processors had a lot of TDP and were far behind Intel's 2nd generation processors (that some people still swear by today!) Interestingly, the court assumed only 1/5th of the customers would come forward to claim damages, which nets around 253,428 customers. If all customers come forward, the payout amount would decrease to $8.8

The value of the proposed common fund represents a recovery of approximately 20% of the damages Plaintiffs would have sought to prove at trial on behalf of the certified class. And, based on their experience, Class Counsel estimate that claiming class members are likely to receive more than 50% of the value of their certified claims had they prevailed at trial. Given the risks and expenses that further litigation would pose in this case, such a result is well within the range of approval

Here is where things got tricky, however, AMD claimed its bulldozer processors had 8 cores, and this was true to an extent as the processors had 4 modules with 2 execution cores each. However, these execution cores shared resources including the FPU which meant that not only the resources were split between the two cores, they were entirely incapable of operating separately.

This shared resource design resulted in 8 executions cores, but only 4 FPUs.

This led to some disgruntled customers filing a class-action false advertisement lawsuit in 2015 with today marking the end of the run with a settlement of just under 8.8 million USD. This is, of course, chump change considering the FX processors ran anywhere from $115 to $245 and considering the court projected roughly a million customers, let's assume half of these come forward to claim (versus the current projections 1/5th assumption). This nets a settlement of at least $150 million USD.

There is as of yet no way to file a claim, but we will do a follow-up post whenever one is made available.