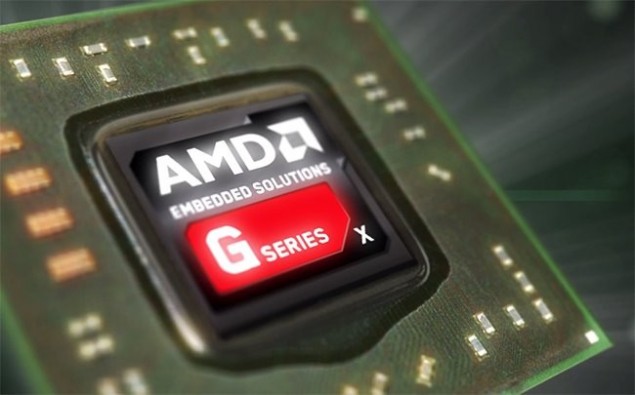 Advanced Micro Devices (AMD) in apparent response to the Broadwell SOC and Fanless Haswell SoC designs from Intel has recently extended its G Series by introducing the GX-210JA APU which like the Haswell SoC is fanless and will have an incredibly low TDP – 6W which is one-thirds the TDP of previous Embedded Designs.

The AMD G Series GX-210JA is based on the x86 platform and will have an integrated Radeon HD 8180  Graphics. The AMD System on Chip will utilize only 6W TDP as compared to Haswell’s 11 W TDP. The average power is thought to be a meager 3W. This 3W is equal to Intel’s SDP calculation which for the Haswell Fanless SoC is 4.5W. The GX-210JA will support an impressive 1Ghz Clock Speed. Note that the Haswell Fanless SoC will only deliver the ideal TDP if the CPU is capped at 800 Mhz.

The G Series GX-210JA will be the cheapest APU in AMD's Lineup yet.

The current G Series of APUs including the GX-210JA from AMD have quite a number of tricks up their sleeve as well. This includes Enterprise-class Error-Correction Code (ECC) memory support, Industrial temperature range of -40°C to +85°C and available with dual- or quad-core CPUs, Discrete-class AMD Radeon GPU and an Integrated I/O controller.

Here is the complete list of the Current AMD G Series APU Lineup including the GX-210JA Fanless APU: