AMD Scores Twitter And Google As EPYC Customers, Stock Up 15% 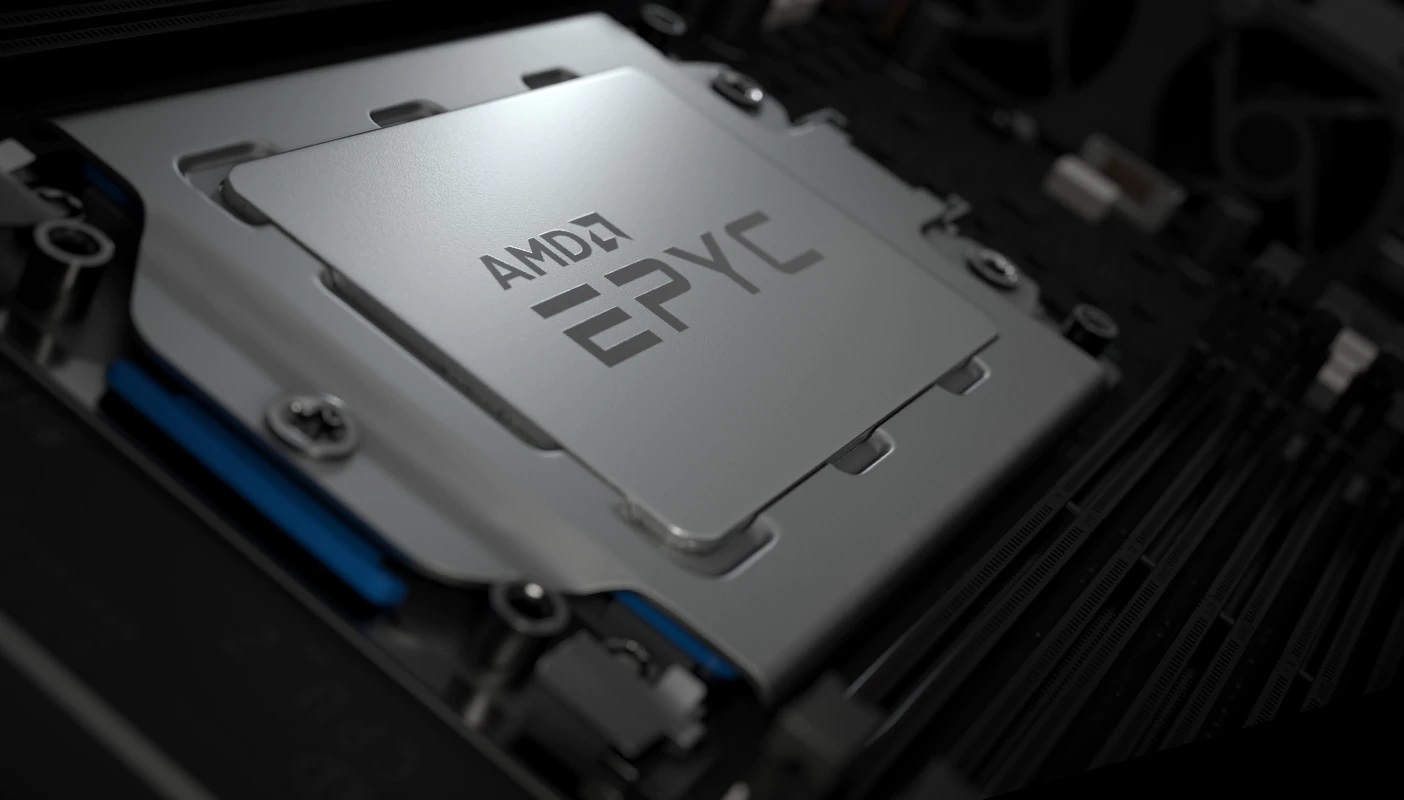 AMD shares are up 14 percent today on the back of some positive news swirling around the company's upcoming next generation of EPYC server chips.

The newest lineup of upcoming parts are codenamed "Rome" and are built on TSMC's 7nm lithography process, and yesterday the firm took to the stage to reveal performance and pricing of the parts.

We learned yesterday evening that AMD (NASDAQ:AMD) had sent full 64 core chips to a select few media outlets for a full suite of performance benchmarking, and the results are in - the new chips are offering a substantial jump in performance and efficiency, all at a reduced price to boot.

While here at Wccftech's Finance column we are interested in the financial ramifications of products and technology, it's important to understand why some major customers might choose to switch their racks over to the new EPYC 7002 series.

Warning: some of the numbers below are simply absurd.

ServeTheHome reviewed the top-end 64 core dual socket and found that "AMD now has a massive power consumption per core or performance advantage over Intel Xeon, to the tune of 2x or more in many cases."

The new EPYC parts have a massive I/O advantage with 300% the memory capacity versus Xeon 33% more memory channels (8 versus 6) and finally 233% more PCIe Gen3 lanes. But what about actual performance?

According to STH, performance is "monstrous". In fact, they included quad-socket Intel systems just to try to level the playing field. 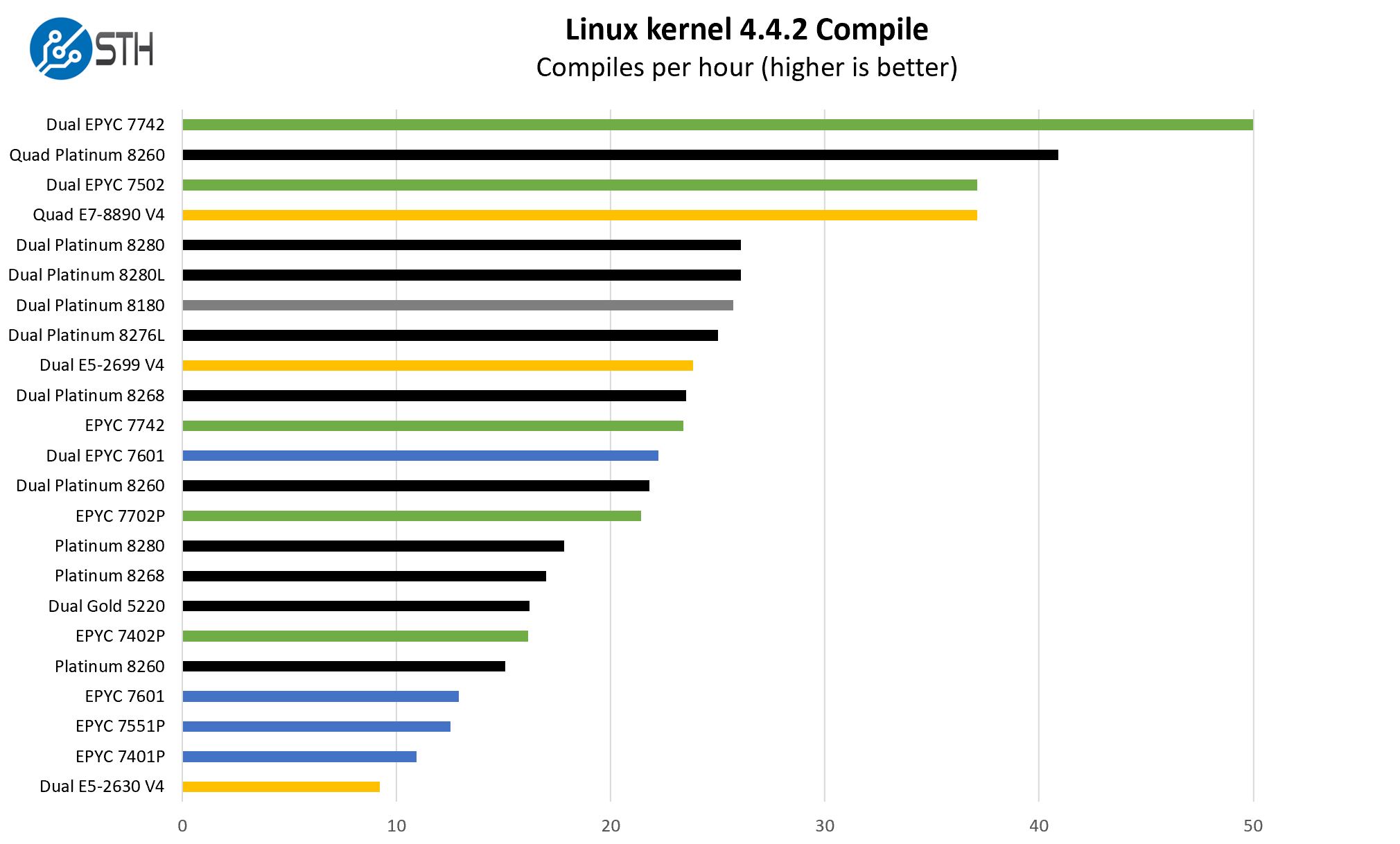 These performance results, from ServeTheHome, are quite simply incredible. 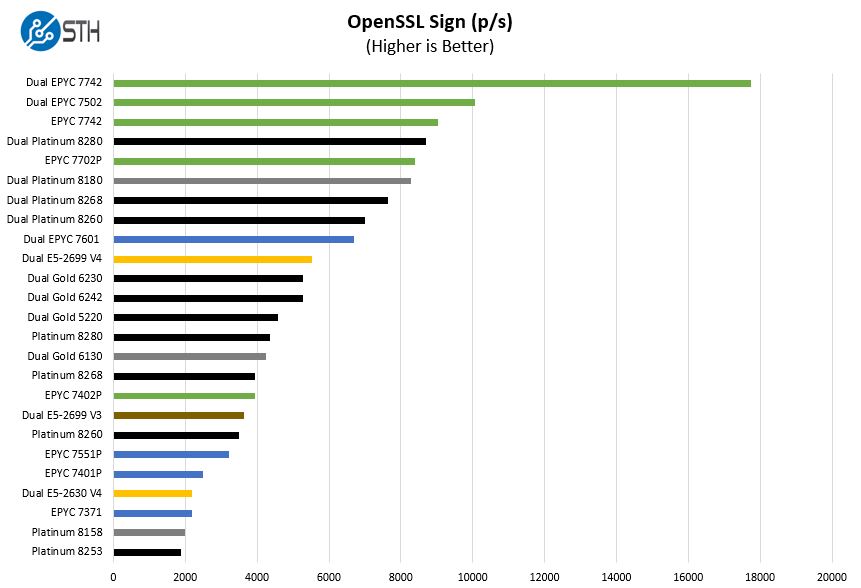 Interestingly, when it comes to power efficiency ServeTheHome claims that Intel pressured the OEM in order to obfuscate the power consumption reality:

We are also not allowed to name because Intel put pressure on the OEM who built it to have AMD not disclose this information, despite said OEM having their logo emblazoned all over the system. Yes, Intel is going to that level of competitive pressure on its industry partners ahead of AMD’s launch....

The TDP of the AMD EPYC 7702P is higher than the Intel Xeon E5-2630 V4’s, but when you are replacing 6-8 sockets to 1 socket, the power savings are absolutely immense. We have not seen 6:1 consolidation ratios in under 2.5 years of technology advancement happen in the industry.

For anyone that's interested in technology, the new Rome EPYC chips are simply fantastic and further reading will show some very impressive numbers. Perhaps Anandtech summarizes it best:

So has AMD done the unthinkable? Beaten Intel by such a large margin that there is no contest? For now, based on our preliminary testing, that is the case. The launch of AMD's second generation EPYC processors is nothing short of historic, beating the competition by a large margin in almost every metric: performance, performance per watt and performance per dollar.

Performance and efficiency gains enough to entice some major customers

However, when it comes to the financial impact on AMD, what do these performance and power numbers mean for real-world customers?

When you read credible journalists use words like "historic" and phrases like "never before seen in the industry" you have to begin to wonder what data center managers must have been thinking the past several months with full-fledged samples sitting in their labs and running their own tests.

EPYC 7002 was enough to convince Twitter (NYSE:TWTR) and, for the first time ever publicly, Google (NASDAQ:GOOGL) has acknowledged it is using AMD's EPYCs to power its internal data centers as well as cloud computing instances offered to customers - this a truly massive win for AMD.

Both Twitter and Google are heavyweight data center customers, with the latter being perhaps the largest in the world. To get these tier-1 infrastructure companies to invest in an entirely new product ecosystem takes some serious advantage in total cost of ownership - that is the lifetime cost of a system including the upfront purchase cost as well as on-going things like energy costs.

Intel most likely saw this coming, especially its public struggle with its 10-nm process, and perhaps it's why over a year ago it surprised many when its CEO said he feared AMD would take as much as 20% market share away from his firm. It's rare to see these embattled rivals ever admit to a thing like that.

Keep in mind Intel's (NASDAQ:INTC) server business is around $18-20 billion, and AMD's entire rake, including Radeon's, data center GPUs, Ryzens, EPYCS, PlayStation and Xbox SoCs is about $6-7 billion a year.

Some quick math will tell you how important a serious inroad into the server market really is. If we take Intel's numbers at face value then that could put AMD's share at 15-20%. On the high end, this could mean $4 billion in additional revenue for Dr. Lisa Su and Co. and this is exactly why AMD shares have soared today up past 14%.

More important than revenue is earnings, and this is where AMD might finally deliver on its promises. $4 billion and a 40% margin would add $1.6 billion in net income and if that can happen AMD investors will be very happy.

Can AMD do it? Only time will tell. Intel is surely doing everything it can to ready its 2020 lineup of Xeons, and the best information we have right now is that they will be again based on 14nm cores and a 56 core, 400-watt TDP chip is likely to be the top example. We are certainly in for some interesting times ahead.