It's quite mind-boggling to see people going to these extends to enable support for a certain line of processors on their motherboards that aren't officially supported. The main issue is that AMD itself had blocked motherboard manufacturers from offering Ryzen 5000 'Zen 3' Desktop CPUs support on older X370 motherboards. This meant that users of ASUS motherboards & various other brands were cut off from a generation of processors which they were initially said to get support for. 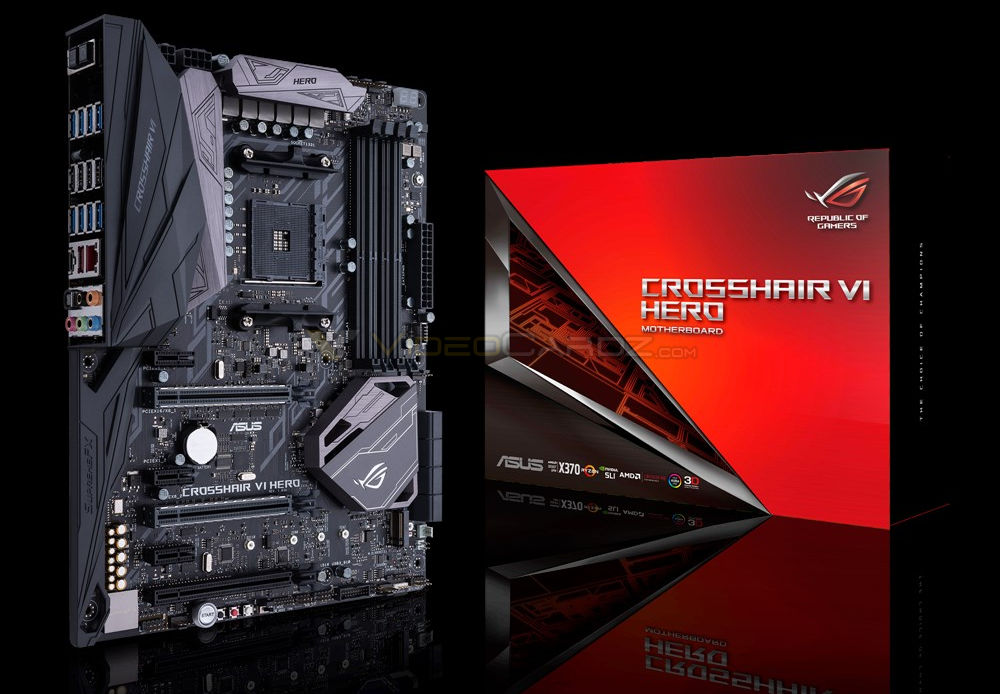 Short instruction how to get Zen3 support on this motherboard [ASUS ROG Crosshair VI Hero, X370]

If you have Zen2 CPU and want to get SAM\Resize bar support - update bios to v4.80 Agesa 1.2.0.0 (download bios from Asrock website)

Update: Additional information from the ROG Forum member confirms that NVMe and SAM are indeed supported on ASUS's X370 motherboards using AMD Ryzen 5000 'Zen 3' & Ryzen 3000 'Zen 2' Desktop CPUs.  It is stated that ASRock 300-series boards can also feature the above-mentioned support using ASUS's 400-series board BIOS. Interestingly, ASUS 300-series boards can run Zen 3 chips with BIOS from both ASRock & BIOS but only till AGESA 1.1.0.0 if you want to retain NVME & SAM support. 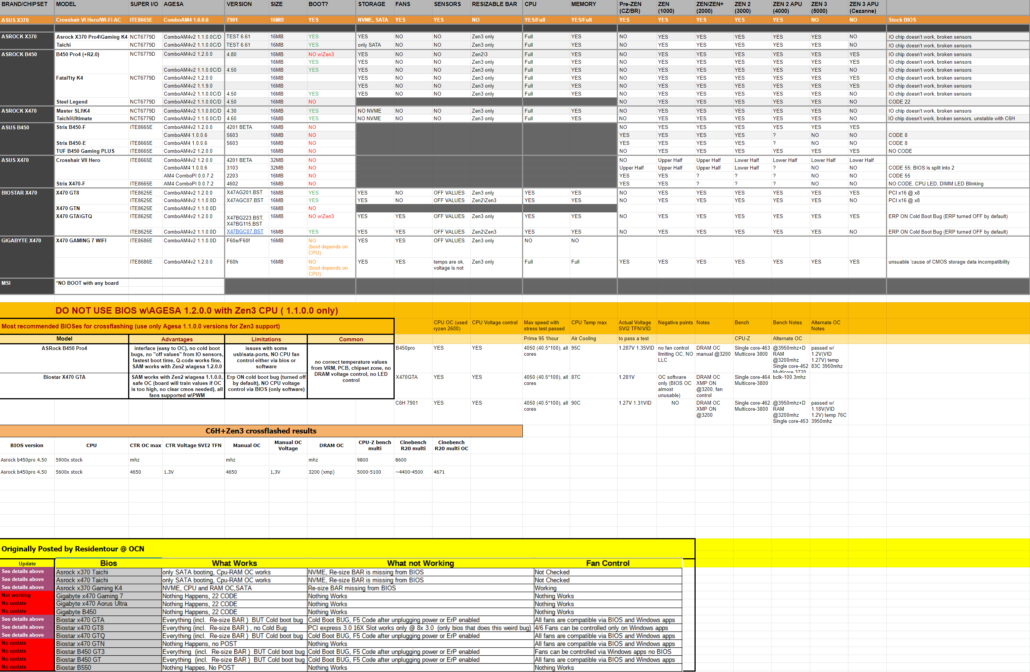 Original Post Based on OCN Information: Further information from Overclock.net Forums reveals that ASRock 400-series BIOS works best with ASUS's 300-series motherboards. Flashing BIOS from Gigabyte and BIOSTAR 400-series line renders the PC unusable since the PC is unable to boot. Flashing the ASRock BIOS though lets you boot through SATA drives and AMD Ryzen 5000 'Zen 3' chips work without any issue though you do lack NVMe support and resizable-BAR.

ASRock also silently released AMD Ryzen 5000 'Zen 3' CPU support for its 300-series lineup and you can see that even their older X370 BIOS can be used to enable support on ASUS's 300-series boards while retaining NVMe support.

ASRock bioses have no Re-size BAR support, Gigabyte bioses have no POST (even it was reported semi-working before), Biostar Bioses support Re-size BAR and it works, but they have nasty Cold boot bug except X470 GT8. It boots great from cold start, re-size BAR works, Fan works weird for this rom. Windows apps like Fancontrol or Argus Monitor can adjust speeds but fan speed values works opposite. 0% on app makes 100% for fan, %50 and %50+ on app makes 0% for fan. This X470 GT8 bios has a weird bug. PCI Express 3.0 x16 slot works at 3.0 8x. This is the only bios that does PCI-Express speed lowering to half.

Well, this is good news for users who have been waiting to find a way to run the brand new AMD Ryzen 5000 'Zen 3' Desktop CPU on their still, highly-capable, ASUS ROG 300-series motherboard. The ASUS ROG Crosshair VI HERO was the first ROG AM4 motherboard and still holds potential so there's just no excuse to keep it limited to Zen 2 Desktop CPUs. Users can be seen running various Zen 3 CPUs on the motherboard with this cross flashing method and with the CPU lineup available at discount, there's no stopping users from getting a brand new chip for their old yet still trusty 300 series board.