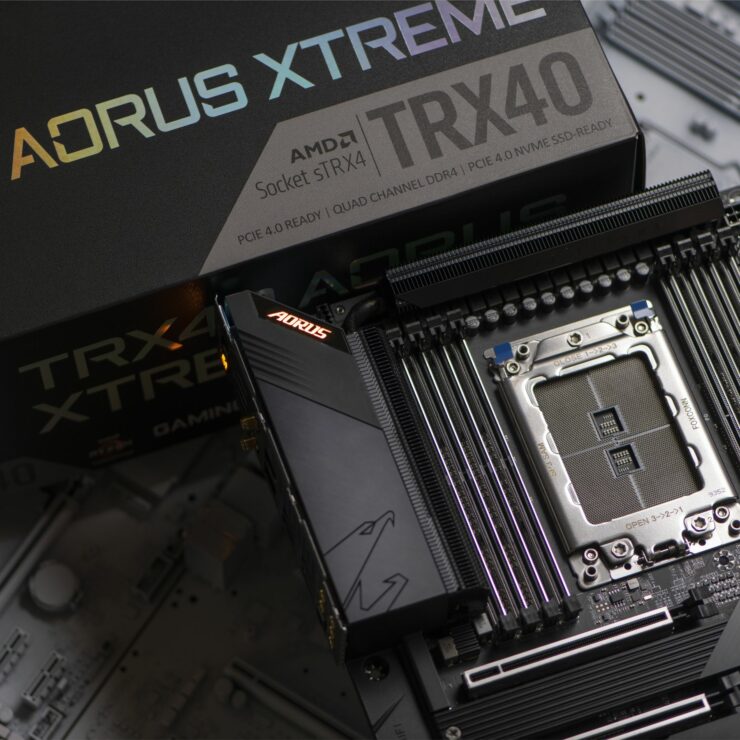 The pin layout of AMD's Ryzen Threadripper sTRX4 and TR4 sockets has been detailed by Hwbattle who have compiled a full pin configuration map for the two sockets. It looks like with the updated pin map, we shouldn't expect any kind of compatibility with the older TR4 socket-based CPUs even if the sockets look visually identical.

Today, HwBattle has released the first pin layout of both the sTRX4 and the TR4 socket which shows just how much of a difference there is between the two sockets. Right from the start, we could not that on sTRX4, lots of pins that were previously unused by the TR4 socket have been enabled. The pin count is still 4094 for the socket itself for the SP3 socket but the revised naming should be considered here. The sTRX4 SP3 socket has more pins enabled than the TR4 SP3 socket.

The following are high-res photos of the sTRX4 and TR4 socket pin layout. (Image Credits: HwBattle).

It is mentioned that AMD has implemented ID pin recognition to match compatible CPUs with their socket and in this case, the sTRX4 socket would only support 3rd Gen Threadrippers. The socket will prevent boot on any older processor by recognizing the pin configuration. This is similar to what Intel did with their LGA 1151 socket, enabling a different pin configuration on Coffee Lake processors compared to Kaby Lake. And while the socket was visually the same, the electrical changes meant that you can't boot any 7th Gen LGA 1151 chips on the new 300-series LGA 1151 motherboards. For those who want the full roundup of sTRX4 socket-based TRX40 motherboards, head over to this link.