The 3rd Gen AMD Ryzen Threadripper CPUs launched last month and Intel's HEDT was forgotten the moment the reviews hit the web. Now a month later, the 3rd Gen Threadripper processors have been tested under ECO mode, revealing them to be an absolutely efficient monster of a chip, beating the 165W Core i9-10980XE even at 140W.

Using the AMD Ryzen Master utility, the folks over at Computerbase were able to get their Ryzen Threadripper 3970X 32 core processor to run at various TDPs. The TDPs ranged from 180W, 140W, and even down to 95W, just to see how the CPU performed when tuned for higher efficiency. The AMD Ryzen Threadripper 3970X has a stock configured TDP of 280W at which it delivers its stock clocks of 3.7 GHz base and 4.5 GHz boost (single-core). Running at a lower TDP would yield lower clocks but it provides higher efficiency which is great if you're looking to run your setup 24/7 under intense workloads.

The stock chip was reported to get all cores running at around 3.77 GHz at 280W while the 180W TDP yielded a lower clock rate of 3.37 GHz. That's a 10% frequency drop for a 35% reduction in the TDP. At 180W, the Ryzen Threadripper 3970X is still faster than the 24 core Threadripper 3960X & much faster than Intel's Core i9-10980XE in both single and multi-core workloads. The maximum CPU power consumption also drops from 287W to just under 190W which is around 65W lower than the Ryzen Threadripper 2990WX 32 core chip while still offering much better performance. The Intel Core i9-10980XE has a power consumption of 157W at its stock TDP with AVX offset at 2.3 GHz.

The most shocking result is that at 95W, in single-core tests, even the 95W chip which should have much lower single-core clocks has performance on-par with Intel's Core i9-10980XE at 95W. Now a single-core doesn't require as much TDP as 32 cores would so 95W would still get it near the same boost levels of the 280W TDP but it's just impressive to see the 3970X keeping up with the Intel i9 chip which is configured for up to 4.80 GHz on a single core compared to 4.5 GHz single-core boost of the 3970X.

Not only do you save power, but the processor also runs much cooler with a significant drop in the temperatures. 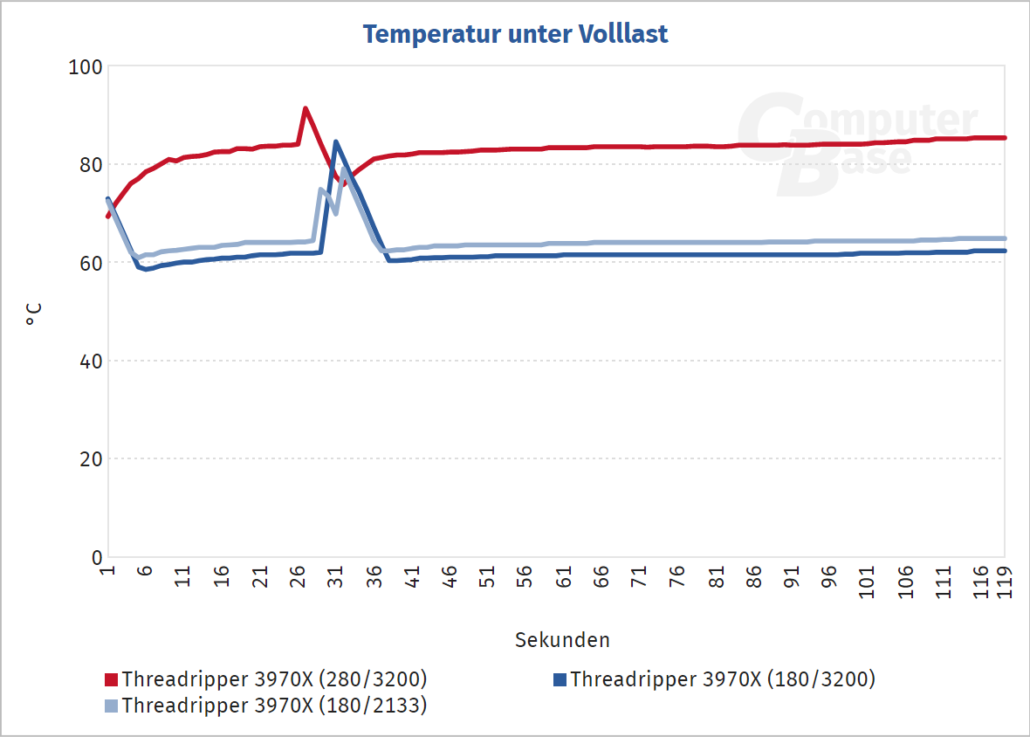 Even the AMD Ryzen 3950X, the 105W mainstream 16 core processor has shown great results in the ECO mode settings. HotHardware managed to get their chip running in ECO mode which cut 50W off the total power consumption while hitting 85-90% of the performance levels of a stock configured 3950X.

If you had told me 3 years ago that a day would come when Intel CPU's efficiency would be outpaced by AMD, I'd have told that you were talking crazy but here we are in 2019, and AMD has totally knocked Intel out of the park, showing pure dominance in not only the core count department but also the efficiency department too. This should definitely concern Intel as AMD has just begun and with what AMD has teased about Zen 3, 2020 would get even more troublesome for Intel's desktop and mobility CPU efforts.