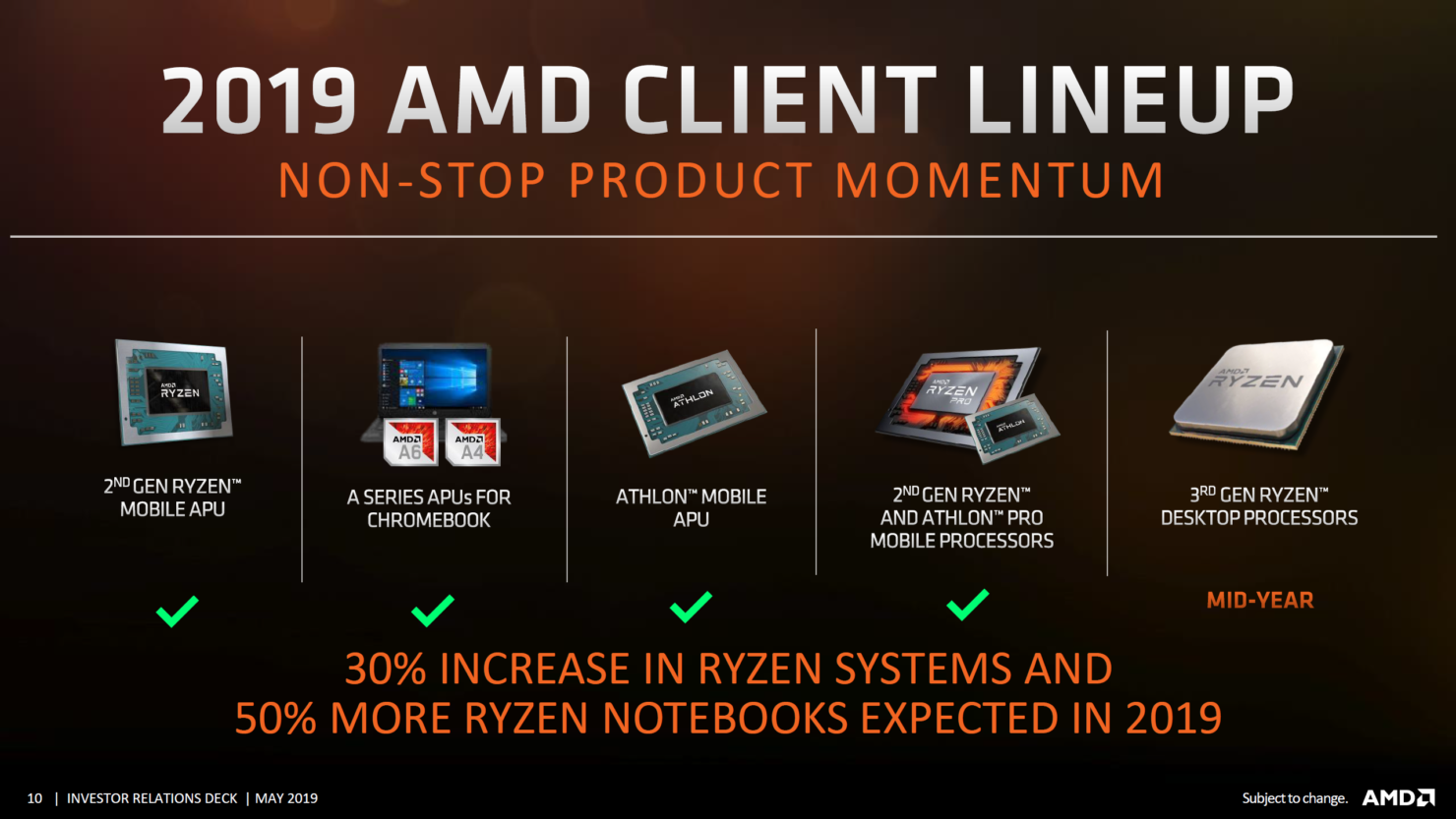 When presenting its quarterly figures, AMD has shown a roadmap stating which products will be published this year. The third generation of AMD Ryzen Threadripper processors based on the 7nm process node and Zen 2 architecture are no longer included; in March that was still the case. There was no explanation of the removal.

AMD probably chose to use all chips for the server processors first because that is what they have been pushing the hardest. The server chips will not affect the mainstream market, but the third generation may impact consumers seeking overclockable, high core count chips.

The image above shows the roadmap from earlier and it has the 3rd gen Ryzen Threadripper, but if you look at the newest one which is the cover image, the 3rd gen Threadripper has been removed. AMD has not made any statements about the third generation of Threadripper processors. That those CPUs for the high-end desktop platform this year would come out was in a presentation for investors that AMD published in March.

At that time it was not yet known when the processors would appear, but it was a release this year. AMD may be postponing the third generation of Threadrippers to next year. I was looking forward to seeing a 64 core HEDT as this would have an indirect impact on Intel, forcing them to increase their core count of 18 on the highest end chip on their HEDT series.

AMD also sketches a rough picture of the coming processor generations in the roadmap. The company says it is on schedule with Zen 3. That is an improvement of the Zen 2 architecture, which will be made on a 7nm + process. Then follows Zen 4. That architecture is under development and it is not yet known on which process it will be made.

The roadmap also confirms that Navi GPUs will be released in the third quarter of this year. AMD emphasizes that these are suitable for cloud gaming. Google has previously indicated that it will use AMD GPUs for its cloud gaming service Stadia. The GPU roadmap also includes a successor for Navi, which has no name yet and should appear somewhere in 2020 on a 7nm + process.