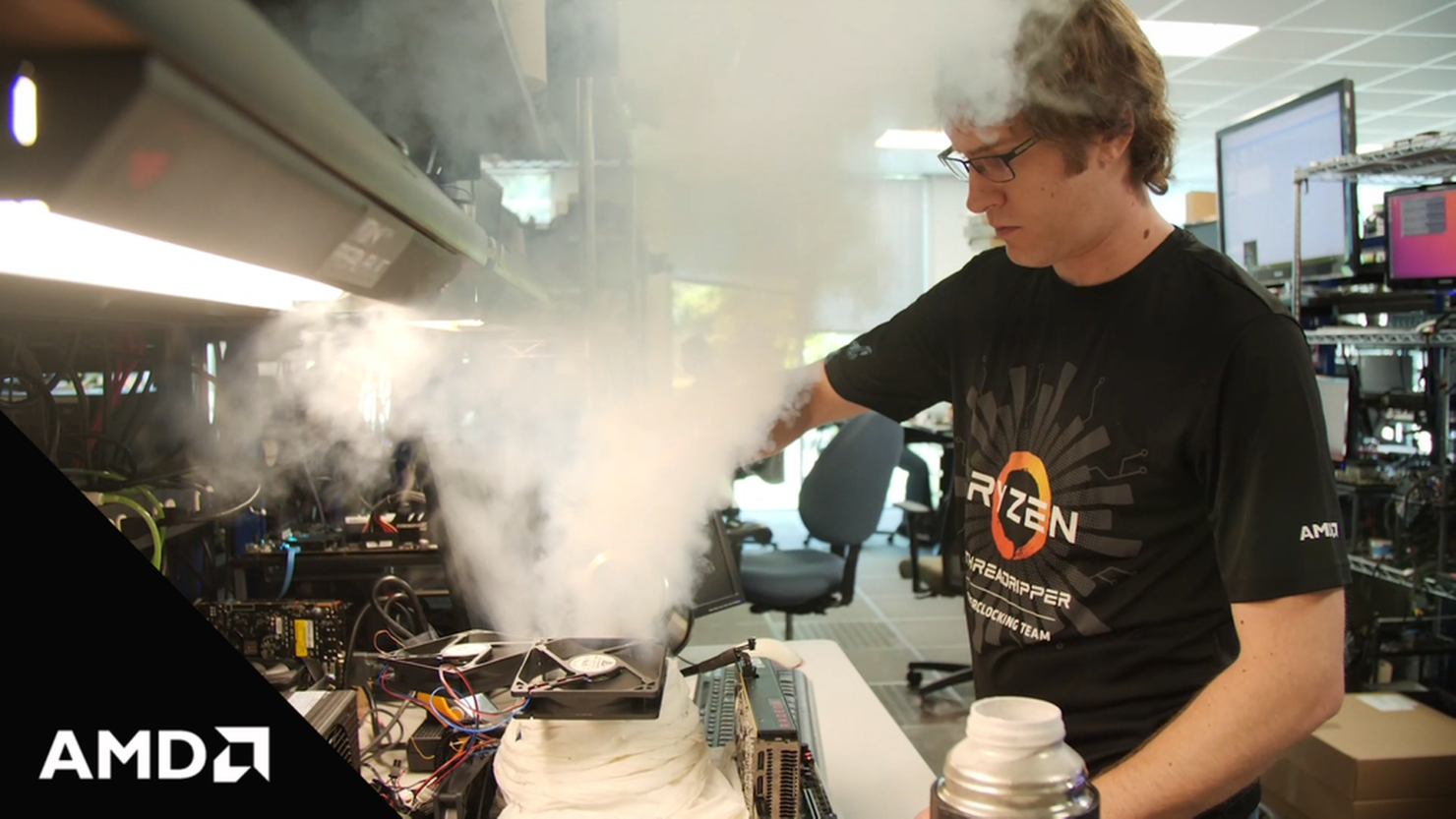 Indonesian overclocker, Ivan Cupa, achieved a clock frequency of 5955.4 MHz on the 2990WX, a 32 core and 64 thread processor. The feat was achieved on an MSI MEG X399 Creation motherboard along with a Corsair 1500W power supply and tons of liquid nitrogen to keep temps under control. A CPU voltage of 1.68V was reported within MSI Command Center utility and temperatures of -184 degrees Celcius were achieved during the overclock session. Only one of the core was pushed to the overclocked frequency while others stayed at stock.

Nevertheless, this is an amazing feat to achieve such a high frequency for a CPU boasting 32 cores and 64 threads. In addition to the 6 GHz frequency world record, Alva Jonathan aka Lucky_Noob also achieved some record performance numbers with the 2990WX overclocked to 5.4 GHz across all 32 cores. The chip currently holds the world record in GPUPI and also global record in HWBOT x265 Benchmark (4K Run).

BenchBro's on the other hand also achieved the world record score in GPUPI v3.3, WPRIME 1024M and global record in Geekbench 3 Multi-core test. Finally, we have the highest performance rating of Ryzen Threadripper 2990WX in Cinebench from overclocker Sampson who scored 8532 points in Cinebench R15 with a clock frequency of 5.367 GHz across all 32 cores.

The Cinebench R15 score is particularly interesting since Intel in their 28 core, 56 thread CPU demo at Computex came with a score of 7334 points in the same benchmark. Do note that Intel's chip is overclocked to 5 GHz during the demo on a high-end chiller, same as the LN2 cooling which has been used by overclockers on 2990WX.

AMD chip with a frequency of 5.36 GHz across all 32 cores is a good chunk faster than Intel's high-performance solution that is yet to release so that is something worth pointing out. Overall, a great showcase of Ryzen Threadripper 2990WX true strength which is highlighted with these records. You may also like reading our review of the Ryzen Threadripper 2990WX here.