The wait is finally over, AMD Ryzen CPUs have officially launched and are now available for gamers and enthusiasts to purchase. Reviews of AMD's next generation processors also go live today,  so here's our roundup of AMD's Ryzen 7 processor reviews.

We still have questions and not everything is perfect. The single threaded performance between the Ryzen 7 1800X and the Core i7-7700K leans in Intel’s favor across the board, with that advantage moving from mid-single digits to 25%+ depending on the application. Gaming results are particularly concerning as AMD has been pushing Ryzen as a gamers and enthusiasts dream solution, combining “good enough” gaming ability with amazing multi-threaded capability.

It’s hard to argue with what we see today though and I’ll be awarding the Ryzen 7 1800X with our Gold Award, offering the performance of a Core i7-6900K for half the price!

Gaming isn't a strong point for AMD's fledgling architecture. For many, myself included, that is a massive disappointment. AMD clearly sees an eight-core future, just as it did with Bulldozer. But developers still aren't there yet. For all the fuss made about DX12 and the PlayStation 4 and Xbox One ushering in a new era of multicore-optimised games, a 4C/8T CPU continues to be the best way to shovel data over to a graphics card.

The Ryzen 7 1800X, then, is a tale of two chips. One is a disruptive, market changing, eight-core workstation powerhouse; the other is a competent, if wholly unsatisfying gaming CPU.

Intel has certainly been given a kick—I'm just not sure it was hard enough.

AMD’s Ryzen is arguably the most disruptive CPU we’ve seen in a long time for those who need more cores. The CPU basically sells itself when you consider that for the same price as an Intel 8-core Core i7-6900K, you can have an 8-core Ryzen 7 1800X and a GeForce GTX 1080. Hell, you can go a step further and give up a little performance with the Ryzen 7 1700 but step up to a GeForce GTX 1080 Ti—for the same price as that Intel chip. Damn.

But that’s the world Intel has wrought by keeping 8-core CPUs at what many would say are artificially high prices for so long.

Ryzen, however, isn’t a knockout. The gaming disparities at 1080p are sure to spook some buyers. In fact, if you read our Ryzen 7 1700 build against a 5-year-old Core i5 Intel box, you’ll likely be filled with fear, uncertainty, and doubt. Is this really just a game optimization problem as AMD says, or is it some deeper flaw that can’t be corrected?

Still, let’s give AMD credit for what it has pulled off today in essentially democratizing CPU core counts.

In-game performance is just about the only performance-driven metric that doesn’t fall into AMD’s happy Ryzen narrative. In titles that weren’t capped by the game engine or bottlenecked by the TITAN X, Ryzen’s winning streak came to an end. The 1800X still provided highly competitive results but in many situations it fell behind the less expensive 7700K and 7600K. This issue isn’t unique to Ryzen since even the once-mighty Broadwell-E processors had problems keeping up as well. As I said when Broadwell-E was launched, mammoth 8-core, 16-thread CPUs are great for people who need that excess horsepower but they go largely underutilized in gaming rigs.

For an immature platform still in its infancy, Summit Ridge and by extension Ryzen is a remarkably well rounded solution and like any fine wine, it will only get better with age. While the 16-thread parts are just now blazing a trail that will ultimately shake the CPU industry’s pricing foundations, they won’t be right for everyone. However, after seeing what the 1800X can accomplish excitement for those six and four core derivatives. But what is clear right now is that Ryzen is indeed the real deal and Intel has been put on notice that AMD is back in the game.

It’s hard to recommend the Ryzen 7 1800X over Intel's lower-cost quad-core chips for gaming, especially given the Core i7-7700K's impressive performance. That's not a knock against AMD, specifically. After all, we say the same thing about Intel's own Broadwell-E CPUs. High-end Kaby Lake processors constantly challenge pricier competitors, and the flagship -7700K sells for $350. Even after down-clocking the -7700K to 3.8 GHz, it still beats Ryzen 7 1800X in nearly every game in our suite. Those issues would only be exacerbated on a Ryzen 7 1700X, which operates at lower clock rates.

Conversely, the Ryzen 7 1800X is in its element when you throw professional and scientific workloads at it. It isn't the fastest in every high-end benchmark, but any calculation that factors in value almost assuredly goes AMD's way.

It's a bummer the Ryzen launch was so clearly rushed. We expected AMD to have a better explanation for its gaming performance, but all of the feedback we received from the company came very last-minute. It's hard to imagine these shortcomings weren't discovered previously and diagnosed more thoroughly. We're happy to put in the time and effort, though. Expect more information as it becomes available.

In the meantime, we would recommend Ryzen 7 1800X for heavily-threaded workloads like rendering and content creation. And while we won't judge a processor on its gaming performance alone, current indications suggest AMD's $500 flagship doesn't beat Core i7-7700K for value in that specific segment.

The AMD Ryzen 7: plenty of power, but underwhelming gaming performance

With the huge strides in performance relative to the archaic (in CPU terms) FX-8370 Vishera chip, I expected Ryzen to achieve parity with Intel's X99 processors. It gets there in the CPU-centric tests, but falls well short on gaming performance. And I don't really have a good explanation, other than the feeling I keep getting that Ryzen was pushed out the door before it was truly ready.

Ryzen may not be perfect, but it's so much better than the FX-series processors that I'm almost willing to overlook some of the current warts. Besides, Intel is desperately in need of some competition in the CPU arena, and ARM SOCs just aren't going to cut it. Hopefully by the time the Ryzen 5 and 3 parts start shipping, all the gaming performance issues will have been fixed. If not, I worry about the long-term prospects for Zen, because Intel isn't standing still.

Where To Purchase Ryzen CPUs:

AMD had initially promised a 40% IPC increase with Zen architecture but they managed to break the limit and went past that. The final product we know today as Ryzen delivers a 52% IPC increase. This makes the IPC of Ryzen chips better than Intel's Broadwell and somewhat on par with Skylake chips. This is amazing and one of the major CPU architecture and performance gains that we have seen in the last 6 years. Not even Intel has managed to amaze in the CPU department as AMD have today which is definitely a thumbs up as it brings higher performance to the masses at a much affordable cost.

These are just the tuning options in the AMD Master control panel and there’s more. A sleek looking speedometer shows the peak speed your AMD chip would be operating at. It will indicate both the speed and temperature. The chip used for the showcase was operating at 3.9 GHz boost frequencies and idling around 2.20 GHz so temperatures varied between 40-50 degrees centigrade.

You can set clock speeds at a minimum of 3.00 GHz and a maximum of 6.375 GHz (LN2 maybe?) But that would mostly depend on the specific SKU you are getting and also the cooling used. You can save up to five custom profiles for your chip in the Master utility. The full Ryzen Master User guide is available over here. 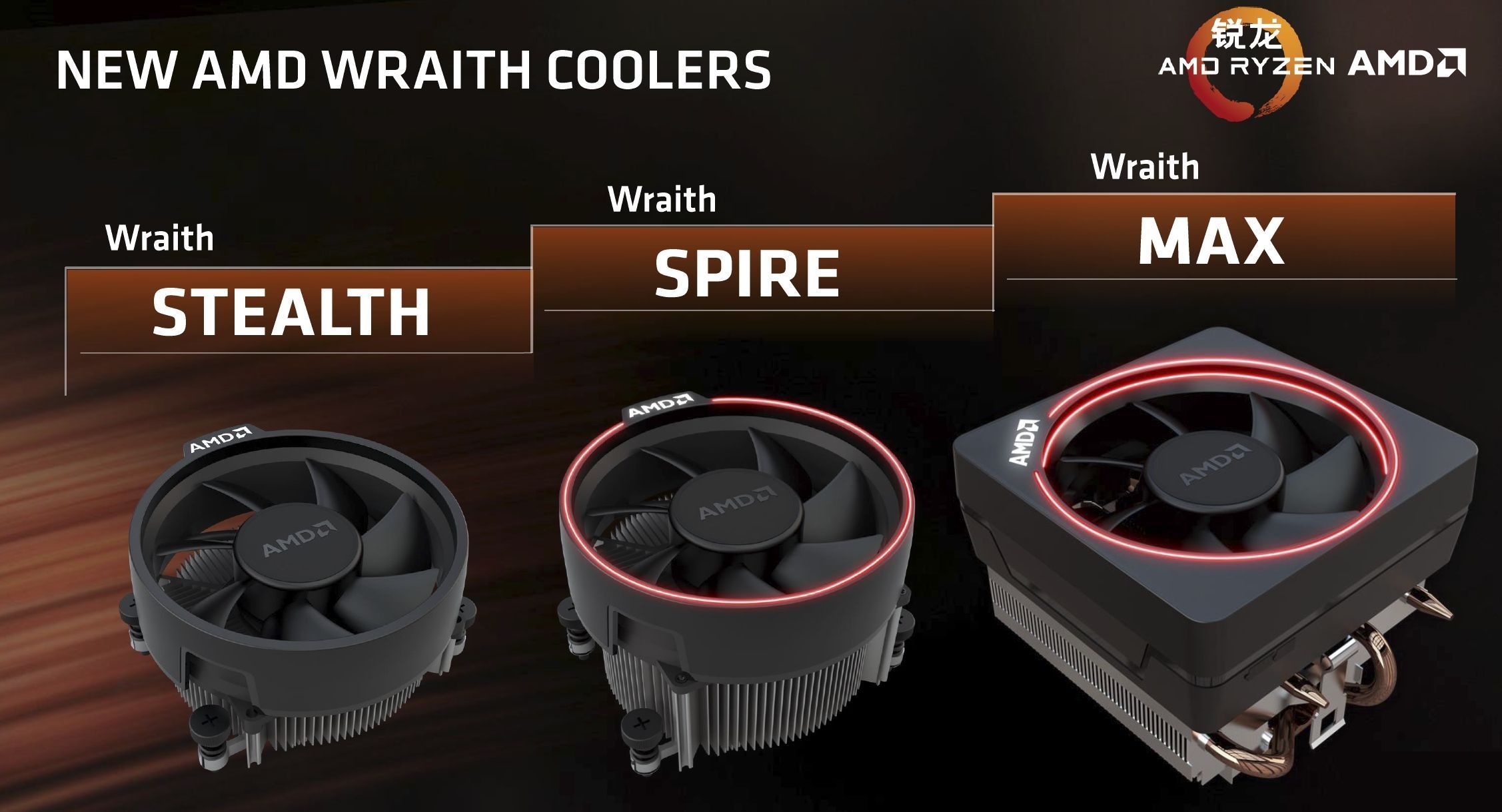 AM4 Motherboards To Look Forward To (Image Credits: Videocardz):