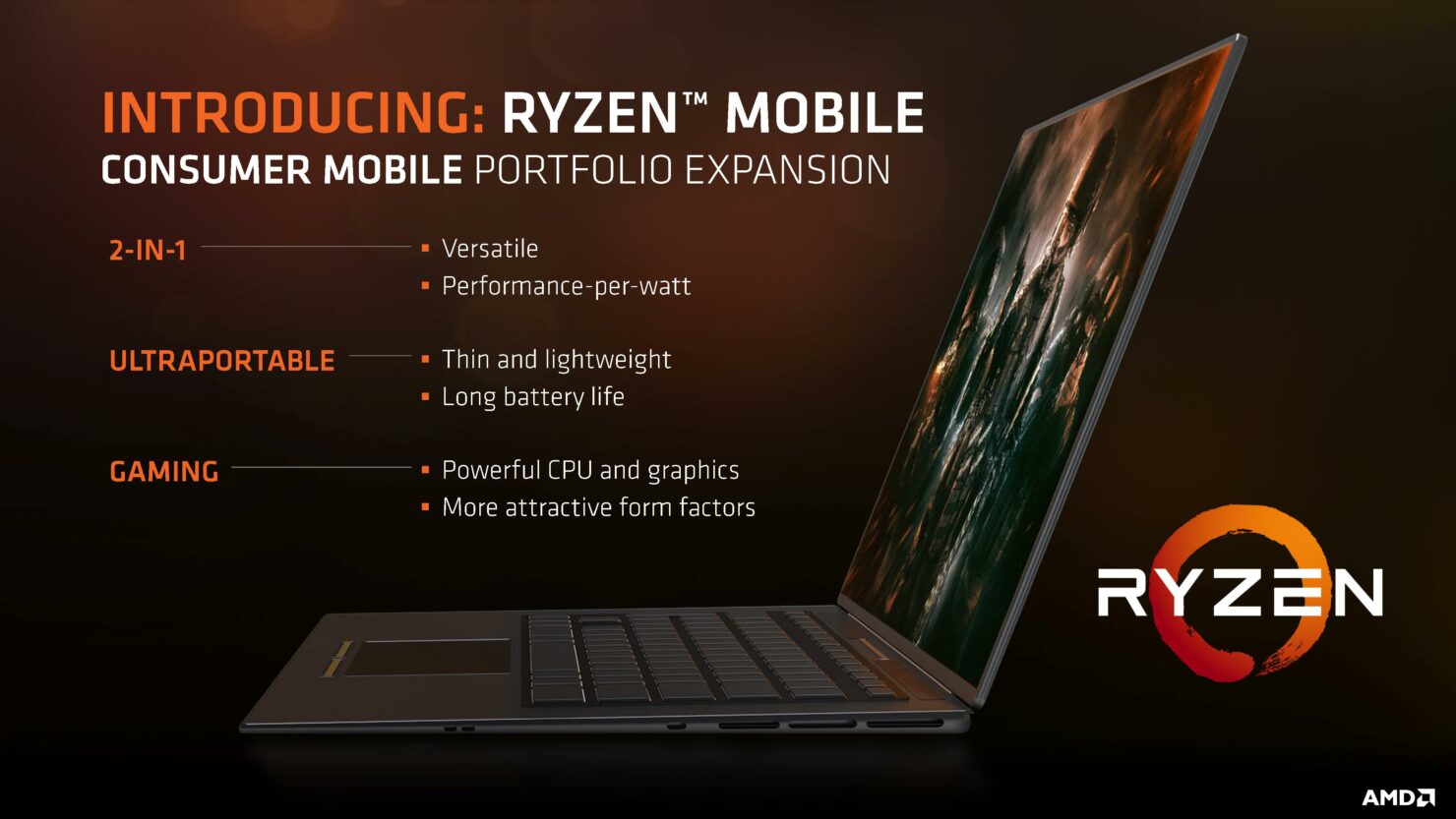 Just a day after HP listed the first Raven Ridge APU based laptop, the performance data of the Ryzen 7 2700U and Ryzen 5 2500U has leaked out. The performance data was posted over at the 3D Mark database, giving us a first look at what kind of horsepower this chip packs underneath the hood.

There are two processors under the Raven Ridge family which have been leaked today. The first is the Ryzen 7 2700U and the second is the Ryzen 5 2500U. Based on the "U" branding, both of the chips have an ultra low power design. They are based on the Zen core architecture while featuring AMD Radeon Vega mobile graphics on the same die.

While we don't know much about the Ryzen 7 2700U in terms of specifications, it is mentioned in the database that the chip clocks in at 2.2 GHz. The turbo range could be hitting 3.8 to 4.0 GHz as that depends on the device itself as far as U series chips are concerned. The other chip, the Ryzen 5 2500 U is well known in terms of raw specs. 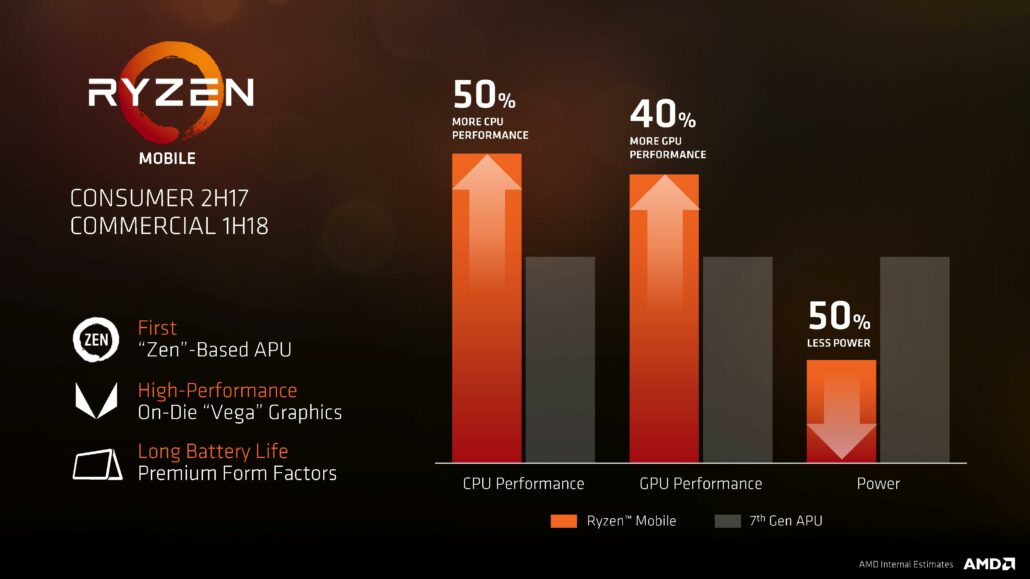 It comes with four cores and eight threads, supporting clock speeds of 2 GHz base and 3.6 GHz burst. The burst frequency is just another name for Boost on AMD Mobility processors. The processor has 6 MB of cache on board. Since this is an APU, we are also getting an integrated GPU in the same package. This time, AMD is offering the Radeon Vega M Graphics that replaces GCN found on the older APUs. Considering that both chips have a 4C/8T design, we can compare these with Intel's Kaby Lake Refresh mobility processors which released in August. 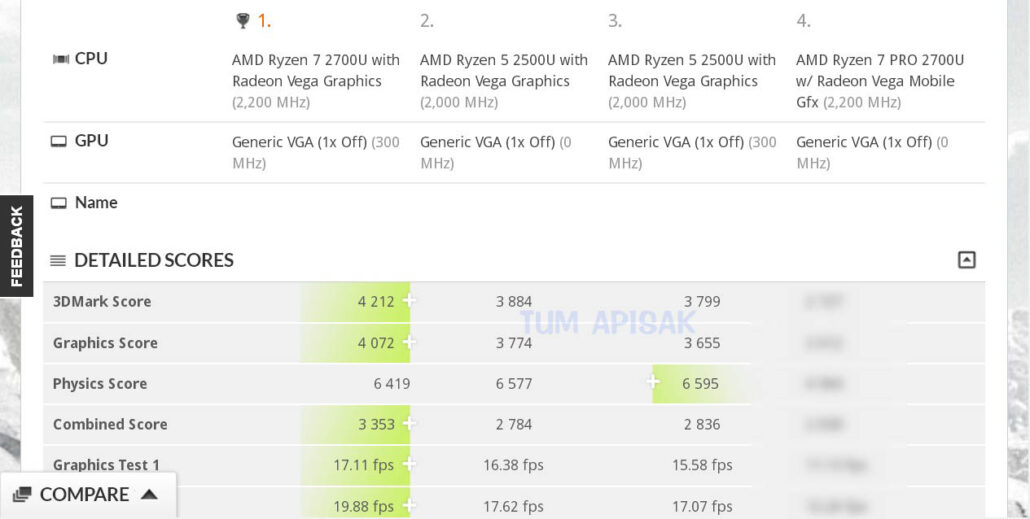 When compared, the Intel chip scores 8278 points in physics test which is a bit ahead of the 6419 points on the Ryzen 7 2700U. The Intel configuration also includes the NVIDIA GeForce MX150 GPU which is equivalent to the GeForce GT 1030 (desktop). This helped push the graphics score to 4570 which isn't a big leap over what the AMD Vega based iGPU scores (4072). 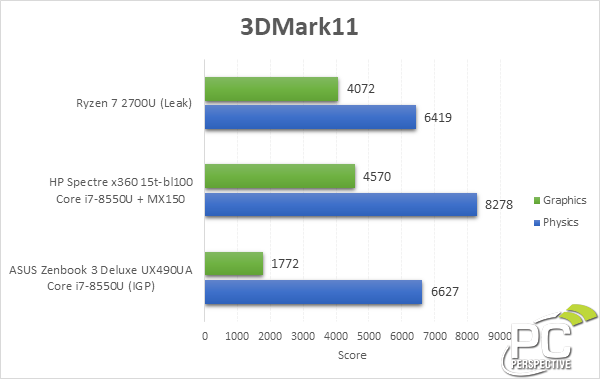 But here's the deal, Intel and AMD U series chips are mostly system dependent as laptops with better cooling and design deliver better performance. This can be seen in the two different Core i7-8550U systems that PCPer had tested. The first one that is compared above is the H Specter  X360. The ASUS Zenbook 3 with the same chip and no discrete GPU delivers slightly lower performance. The graphics score is down to 1772 since the Intel HD graphics is handling the graphics processing. The Intel Core i7-8550U scores just 6627 points, that is a 19% drop from the HP laptop. Based on this detail, if the AMD system manages to stay under a TDP of 35W will be a great deal compared to an Intel based solution with a discrete graphics solution.

While the AMD Ryzen mobile APUs are planned for launch later this year, we have also got details straight from Noctua that the desktop models will be arriving on the AM4 platform next year. The following quote is straight from Noctua's recent press release from their Chromax series air cooler launch.

“AMD has made a big impact on the market with its Ryzen architecture and the platform will become even more interesting for compact HTPC builds when the first Ryzen-based APUs are introduced next year,” says Roland Mossig (Noctua CEO). “We’re thus updating two of our award-winning low-profile models to support Ryzen’s AM4 socket.” via Noctua