Creator of CTR (Clock Tuner For Ryzen), Yuri Bubliy (1usmus), has announced the latest update to his tool which would let users running AMD Ryzen 5000 Zen 3 Desktop CPUs to hit 5.0 GHz clocks. The new CTR 2.1 update also brings a range of features and upgrades to the CTR user interface to make things easier for users.

CTR (Clock Tuner For Ryzen) has seen extensive development over the past few months and the latest update should make the 5 GHz dream clock possible for many users who are running the AMD Ryzen 5000 Desktop CPU.

There is a range of features that are part of the new Hybrid OC mode but the primary one is the PX Profile which is said to be the best solution for games, benchmarks, and general workloads. The PX Profile delivers a stable fixed (and effective) frequency, which is not affected by any limits, Thermal EDC throttling, temperature throttling, or stretching. Using the PX Profile, you can get higher clocks while running the chip at lower voltages than what you get out of the box. It's said to be both safe and easy to set up.

Following are the main highlights of the CTR 2.1 (Clock Tuner For AMD Ryzen) update: 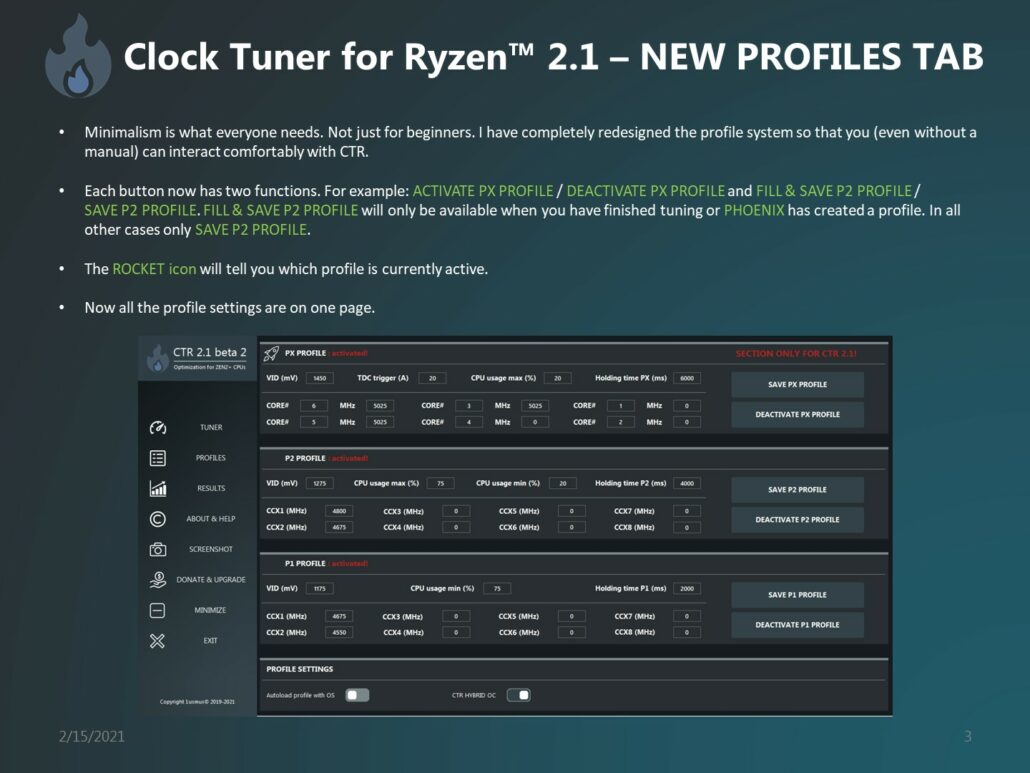 Another upgrade comes to the visual interface which gets a more minimalistic look. Each button has multiple functions and there's also a neat Rocket icon that lets you know which CTR profile is currently running on your system. Overall, AMD Ryzen 5000 Zen 3 Desktop CPU owners can now be able to hit 5 GHz with relative ease compared to before. The CTR 2.1 release will be available first to Patreon subs but is going to get a release for the general public very soon!