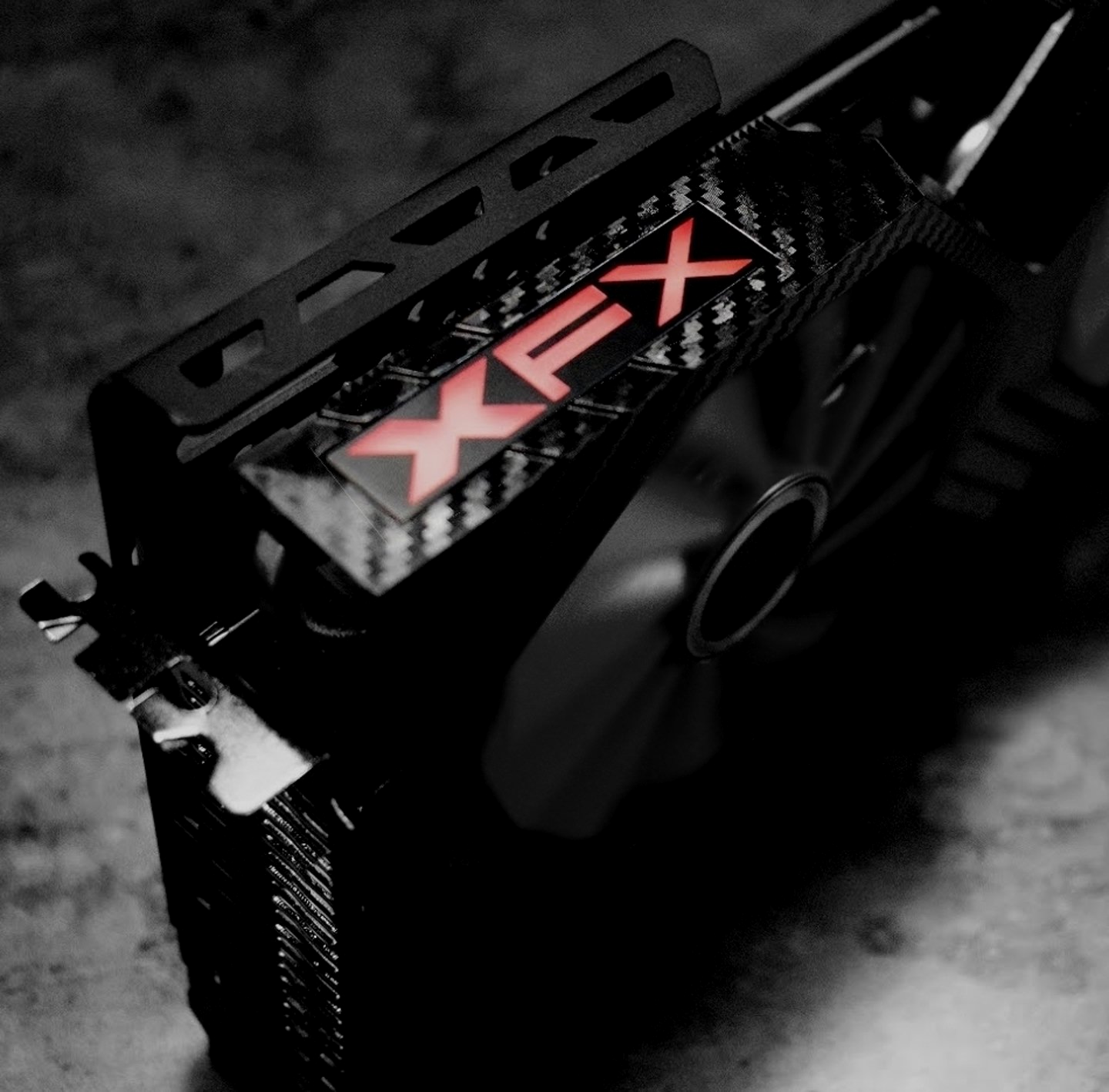 This has been long overdue, but it's finally here. Fully custom Radeon RX Vega graphics cards, this particular one, which is the first we've seen since Asus debuted its custom design nearly two months back, comes from AMD's venerable add-in-board partner XFX.

XFX is the very first Radeon exclusive graphics card maker to actually showcase any custom AMD Radeon RX Vega graphics card design to date, and what better way to tease its new creations than on the popular /r/AMD subreddit.  Which is exactly what XFX did. So these photos you're about to see haven't been sourced via some precarious leak, they actually come directly from the source.

With that said, we actually know very little about these new custom Vega cards from XFX. We haven't seen this particular design before from the company, so it appears to be a brand new creation developed just for Vega. We can clearly see from the photos that it's an open air design that features two large fans, a sexy backplate and an 8+6 pin PCIe power configuration.

The power connectors have been placed in quite a peculiar position, bang in the middle between the two fans. This should create an interesting aesthetic if paired with some eye catching, nicely sleeved red PCIe power connectors. It appears that XFX really had no choice, because the PCB is really tiny. Where you see the 8+6 pine power connectors, that's where the PCB actually ends.

it's not clear whether this card is a Vega 64 or a 56, although based on the PCIe power pin configuration we're likely looking at Vega 56, with a dual 8-pin config likely reserved for Vega 64. The red XFX logo on the side appears to be LED illuminated. In terms of IO the card features the Vega standard fair of three full sized DisplayPorts and one HDMI port.

When and how much still remains a mystery, although with XFX teasing these cards already we're likely looking at no more than a handful of weeks before we see these on shelves. We will keep you up to date with the latest info as we receive it, so stay tuned!