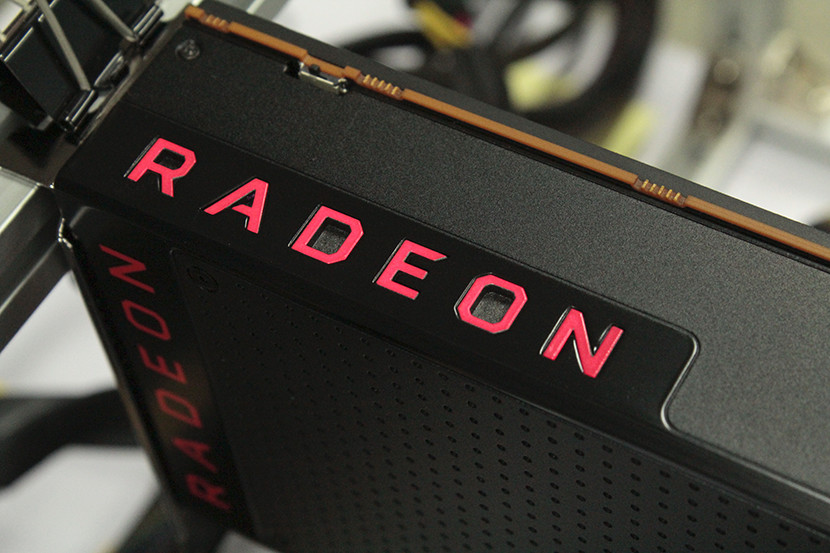 Something pretty interesting was spotted by the folks over at Chiphell forums (via Videocardz) when they tried to unlock the newly launched RX Vega 56 into a full fledged Vega 64 graphics card. While this trick, apparently, no longer works, users will still get quite a significant speedup because the Vega 64 BIOS will enable higher turbo clocks resulting in much faster performance of the Vega  56. In fact, according to the same report it is only 2% slower than a Vega 64 and faster than the same once overclocked further.

Flash Vega 64's bios onto your RX Vega 56 to get a ~10% performance bump on default clocks, an additional 10% possible with overclocking

Unlocking AMD dies to their full fledged counterparts has become more or less a tradition - and one that has been fairly successful in the past few generations. The first few batches after launch usually consist of healthy dies that have had CUs locked by BIOS to convert them into their younger siblings. In fact, Overclockers UK has actually sold unlocked cards like this with a full fledged warranty. With Vega 56 however, it looks like that is not the case and the dies are the natural result of yield theory with the inactive section not capable of spinning up.

The good news is however, that flashing the Vega 64 BIOS has other unexpected benefits for the owner: specifically the increase in default clock speeds of the card which can push it above the vanilla RX Vega 64. This is a very, very interesting phenomenon, because it shows that the cards have an incredible amount of untapped overclocking potential and considering that RX Vega cards have a dual BIOS - there really is no harm in flashing a Vega 64 BIOS onto your Vega 56. 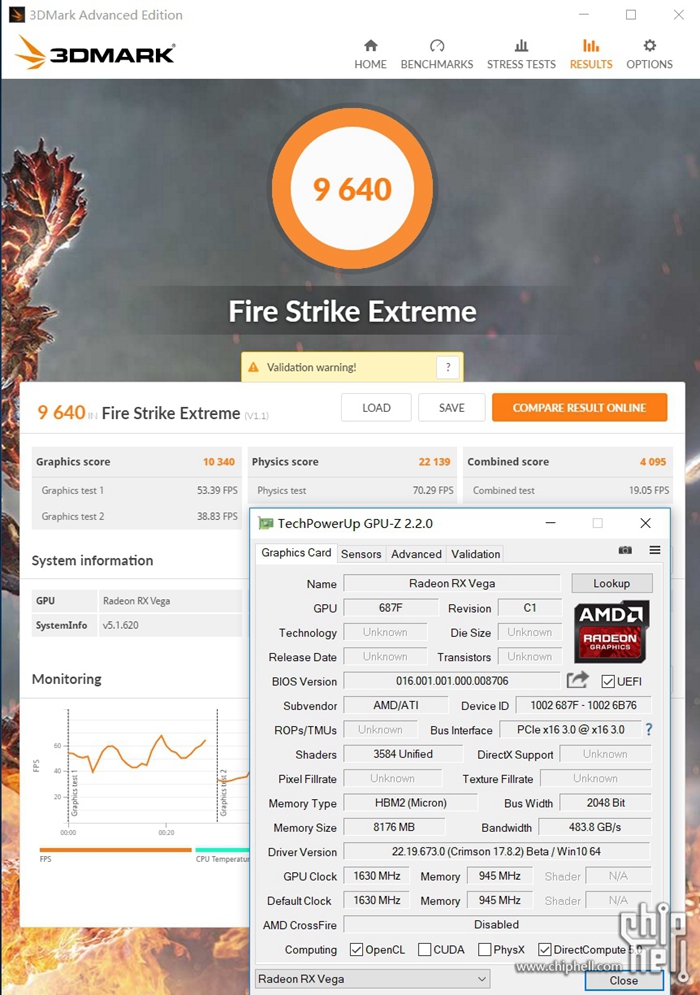 Now Chiphell did exactly that and found out that the stock clocks of the RX Vega 56 raised from 1471 MHz / 800 MHz (GPU/HBM) to 1545 MHz / 945 MHz resulting in a roughly 10% performance gain simply by flashing the BIOS of its bigger sibling. That's not all either, as it looks like the Vega 64 BIOS also allows increased power limits for the GPU which means increased overclocking headroom. In fact, the guys over at Chiphell were able to take it all the way up to 1650 MHz / 1100 MHz (which is an absolutely insane 179 MHz delta over original GPU clock and 300 MHz over memory clocks ) for performance greater than the vanilla Vega 64!

Given above are the FireStrike Extreme scores of the RX Vega 56 and 64 in their various configurations. The Vega 56 goes straight from 9428 points to 11322 pts by using the RX 64 BIOS and some overclocking elbow grease. This is a total delta of exactly 20% over vanilla performance! While flashing the BIOS will probably void your warranty you can breathe safely knowing the fact that if anything goes wrong, you can always flick the dual BIOS switch to reverse any modification. This might not be as good as unlocking into a full fledged Vega 64, but its definitely the next best thing!