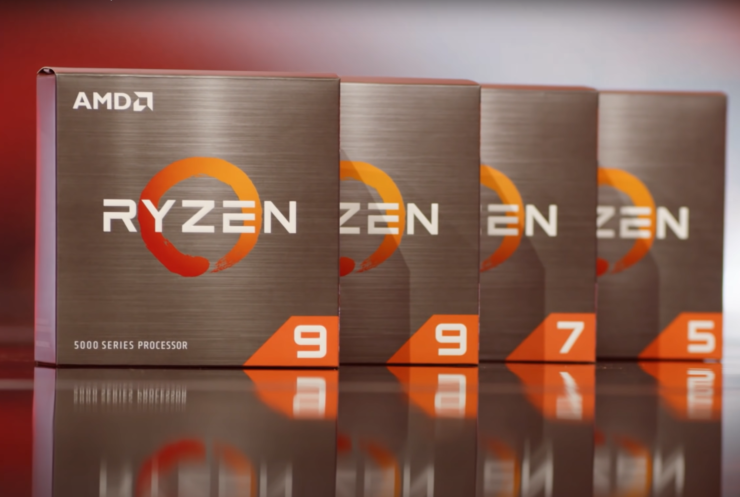 AMD is preparing two brand new Ryzen 5000 Desktop CPUs for the OEM segment based on the Zen 3 architecture, the Ryzen 9 5900 and the Ryzen 7 5800. Both of these chips will be targeted towards OEMs who will feature them within their brand new pre-build desktops but will not be separately sold.

As revealed by Patrick Schur and Momomo_US, both chips will come with a 65W TDP which is much lower than the standard 105W TDP you get with the 'X' series variants. The clocks will definitely be a tad bit lower for the 65W TDP parts but you will expect performance within 90-95% of the 'X' series SKUs. Unlike Intel, AMD tends to retain overclocking support for their Ryzen CPUs across the board and we can expect the same from the upcoming chips.

Patrick also reveals that AMD could already have their next-generation Cezanne parts ready for shipping to their OEM partners. The two chips including the Ryzen 7 5700G & the Ryzen 5 5600G. The Ryzen 7 5700G is definitely going to be an 8 core and 16 thread chip based on the Zen 3 core architecture and will carry 16 MB of L3 cache and clock speeds around 4.5 GHz. The CPU will also end up with a 65W TDP which is where the AM4 APUs usually land.

The Ryzen 5 5600G would be featuring 6 cores, 12 threads, and will retain the 16 MB L3 cache since it will still be utilizing a singular Zen 3 CCD unit. Both CPUs will be compatible with existing and last-gen 500/400 series motherboards. We will also get to see a proper retail introduction for Desktop APUs this time around unlike the PRO and OEM only Renoir Ryzen 4000G Desktop APUs. We expect more information on these APUs to come in the first half of 2021.