AMD today has announced their next generation driver platform, Crimson, as part of AMD's new more agile and vertical software initiative that's come from the reorganization into the Radeon Technologies Group. 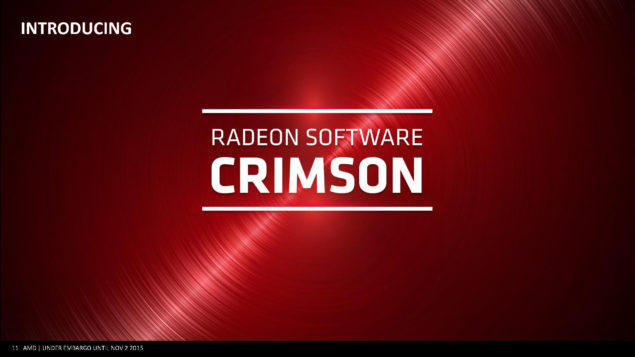 Though not available today, AMD's Radeon Software Crimson is a dramatic shift in their software design strategy. AMD has spent some time going over their Catalyst driver interface to identify problems and set out to fix them, to make a better driver interface that's easier to digest and easier to actually work with. And it was emphasized that you won't have to register with an email address to use it, either.

With this new driver release, AMD is looking to move away from the common criticisms of their drivers that has been near constant in the past. The Catalyst Control Center was well received when it was released, though it's now grown into something large and unweildy. AMD's goal, then, for Radeon Crimson is to re-brand their drivers as something new that fits with their new software initiative as well as redesign the interface into something that befits the 21st century.

Now it's simply called Radeon Software to help emphasize the Radeon brand and to bring that recognition over to their software. They'll also have a new naming scheme for drivers going forward. AMD's drivers are far more stable than they had been in 2002 when the Catalyst Control Center was first released, though the association with those poorly optimized and implemented drivers still remains, hence the name change to distance the drivers from the rocky past. 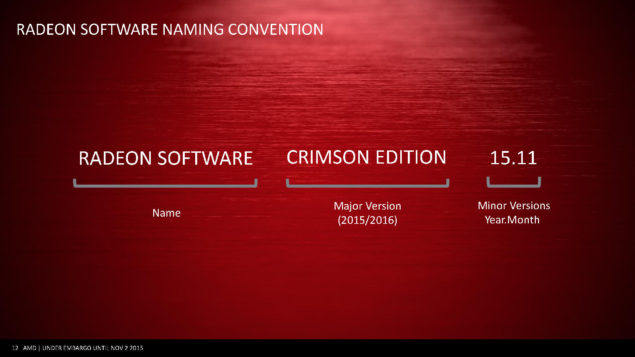 The new GUI, now built entirely on QT for it's speed and stability, is part of a a new design philosophy that's supposed to be far more intuitive and easier to use while still providing the advanced control that power-users require. The emphasis her is obviously on the interface itself showing that they're more than committed to addressing the issues that have been mainstay for quite some time. 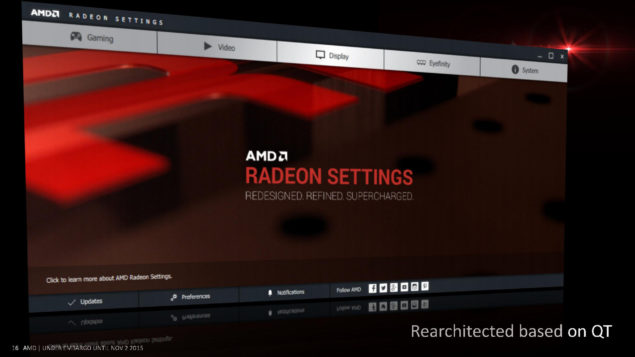 But there are plenty of visual improvements and even some other inclusions that are expected to be appeal to gamers, though. There's a new game manager that allows per game customization in a very easy to use interface. A new overdrive menu that is more intuitive, and good to look at, that also lets you set overclocking profiles for individual games as well. The video settings are adaptive and will list only what you're card is capable of. Eyefinity is also adaptive, and is able to give a "best guess" based on what's plugged in and where, should you activate it. 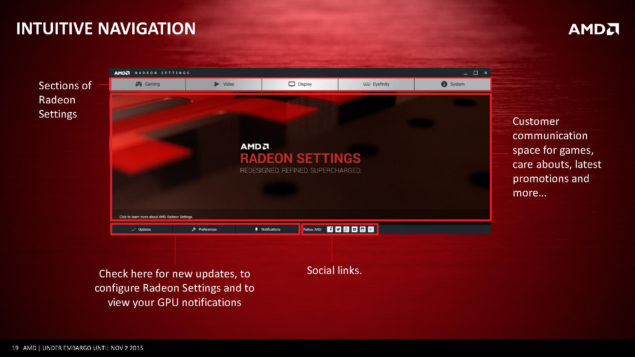 The overall new look is much sleeker than it has been in the past, and it does appear to at least offer a measure of intuitiveness as part of the design. Good looks do count for something, and it's even supposed to be a much faster GUI as well. It can startup in around 9 seconds in even the worst of conditions. 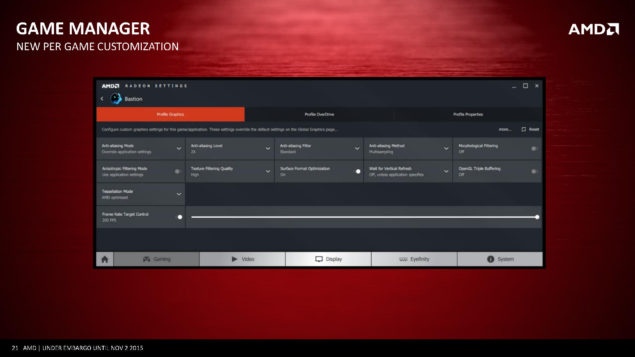 This looks like a well done feature, and one that was lacking from a first-party standpoint. NVIDIA has their GeForce Experience, which is separate, and now AMD will have their own internal game manager that can also tune your games settings, including OC profiles for individual games. 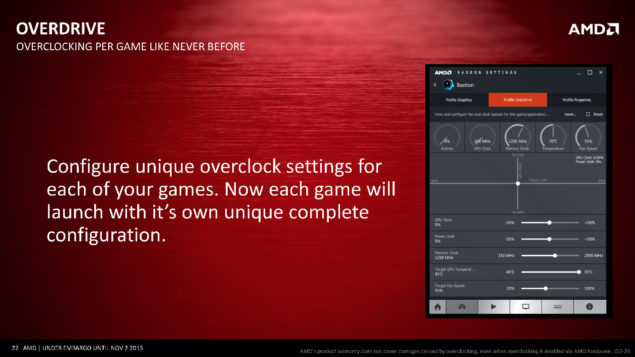 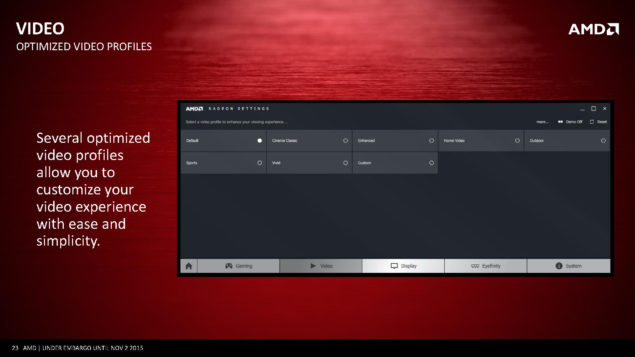 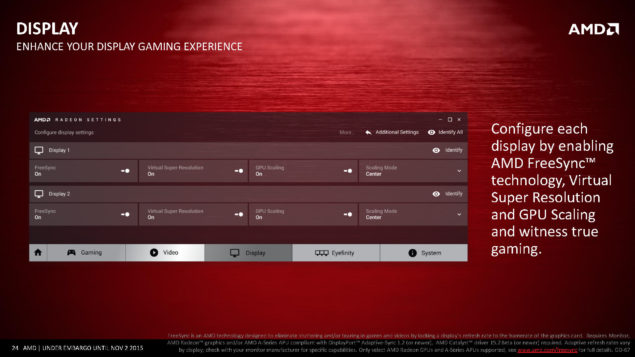 Unfortunately only small performance improvements and stability improvements of the actual underlying driver are expected with this release. But again, this is part of AMD's initiative to try to make their software just as powerful as their hardware. It's easily been dismissed in the past, but now even the user interface is under scrutiny, and AMD is more than willing to fix that for us in their Crimson update. And really, this is only the beginning and while we won't see massive performance boosts in games as a result of this, it's a step towards bringing their driver interface to parity with NVIDIA and is a look at the future.

We won't have drivers to test for a few weeks yet, but the interface does look very interesting. Down below we have a gallery that goes over some of the finer points you can expect to see in the new Crimson release.