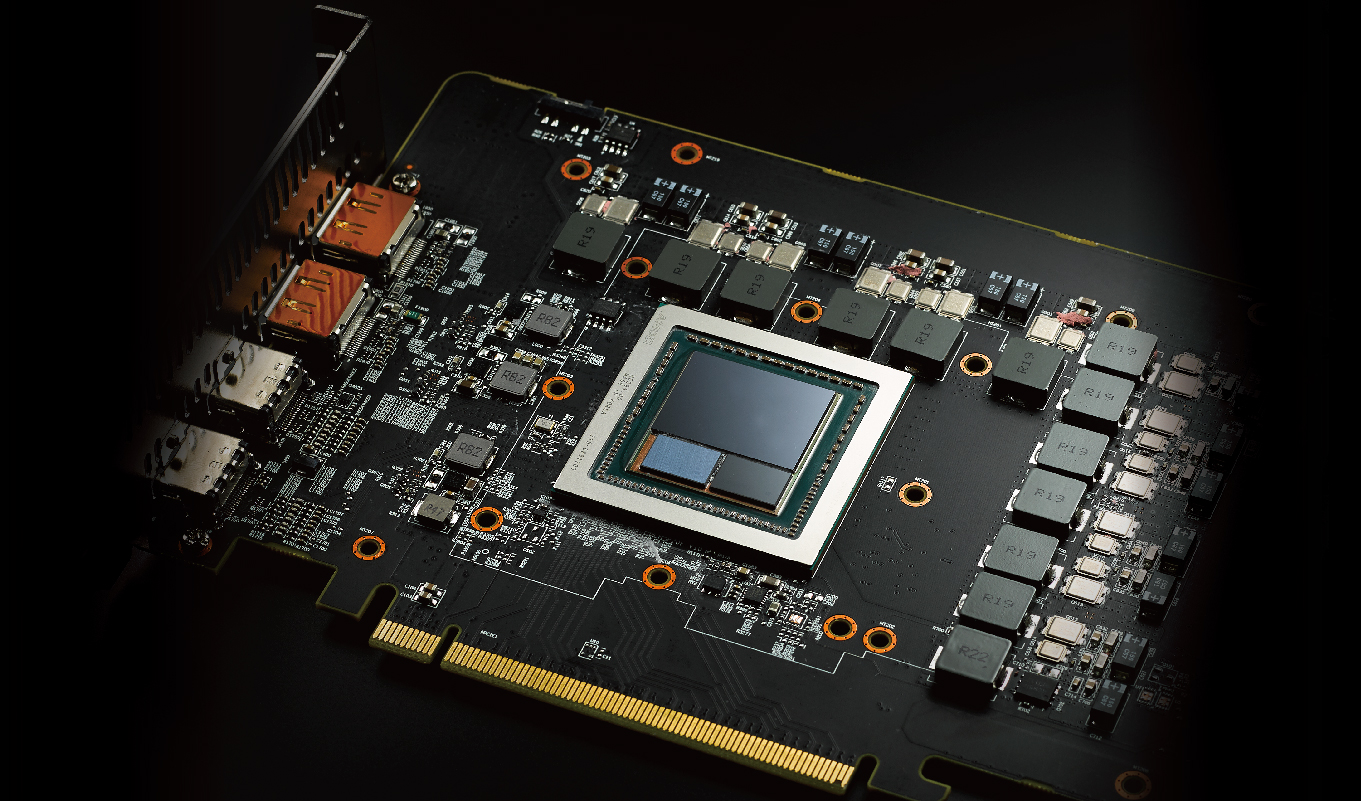 While XFX was the first manufacturer to officially announce their custom Vega lineup, others have followed them. Today, Gigabyte, PowerColor and ASUS have also officially announced their custom Radeon RX Vega lineup. PowerColor will be offering their Radeon RX Vega lineup in the Red Devil variant, Gigabyte will be offering the OC WindForce 2X Series while ASUS will stick with their ROG STRIX variants.

The PowerColor Red Devil graphics cards come in both Radeon RX Vega 64 and 56 flavors. These cards feature a total of 4096 and 3584 stream processors. The Radeon RX Vega 64 Red Devil is clocked at 1417 MHz base and 1607 MHz boost. The speeds are definitely faster than the reference air cooled models but slightly below the liquid edition that can boost up to 1677 MHz. GPU clocks for the Vega 56 are not mentioned at the moment. Aside from clocks, we are looking at 8 GB of HBM2 memory clocking in at 1.9 Gbps along a 2048-bit bus interface while the RX Vega 56 features a 1.6 Gbps memory clock. 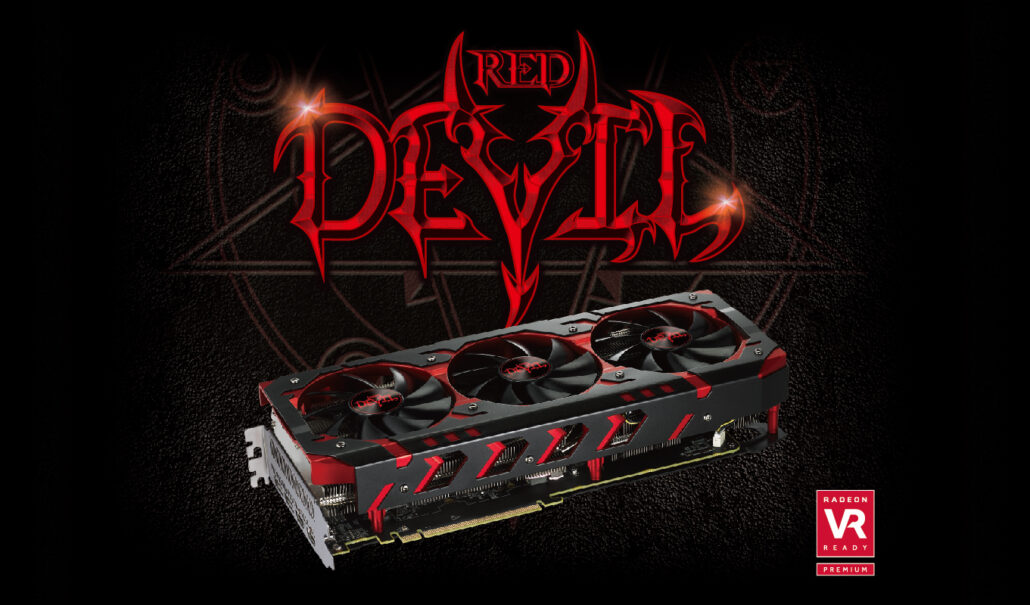 In terms of design, the card boasts a massive triple slot shroud that features a red and black color scheme. The card also has a Devil logo on the side of the shroud which I believe should illuminate with LED lighting. The whole cooler assembly is pretty huge as it features a large aluminum fin heat sink array that comes with two 8mm and four 6mm heatpipes for a better heat dissipation system. The card also comes with a nice Red Devil backplate.

Lastly, we have the PCB which sticks to the reference design but only wider to accommodate the large cooling system. The card features a 12 phase PCB design and the Vega 64 GPU sits right in the middle of the card. The PCB uses a Digital controller to manage the power delivery and Super Capacitors for improved reliability. The card also ships with a BIOS switch that has three profiles:

For display, the card will get you two HDMI and two DisplayPort connectors. Power is being supplied through dual 8 pin power connectors leading to a 295W TDP. PowerColor has recommended to use a 750W power supply as minimum for the new graphics cards. Pricing for pre-order is mentioned at £589.99 while word is that the card will be available in market during next month. Following are the official links to the product pages:

ASUS has also announced their Radeon RX Vega ROG STRIX OC lineup. Well this time much more officially than before. We know that the ASUS Vega lineup was last announced when Vega hit the market but since then, the cards have not hit the retail market. There have been several reviews of the card but no one can buy them from anywhere. So it was just a paper launch and we still do not know when these cards will hit the market. 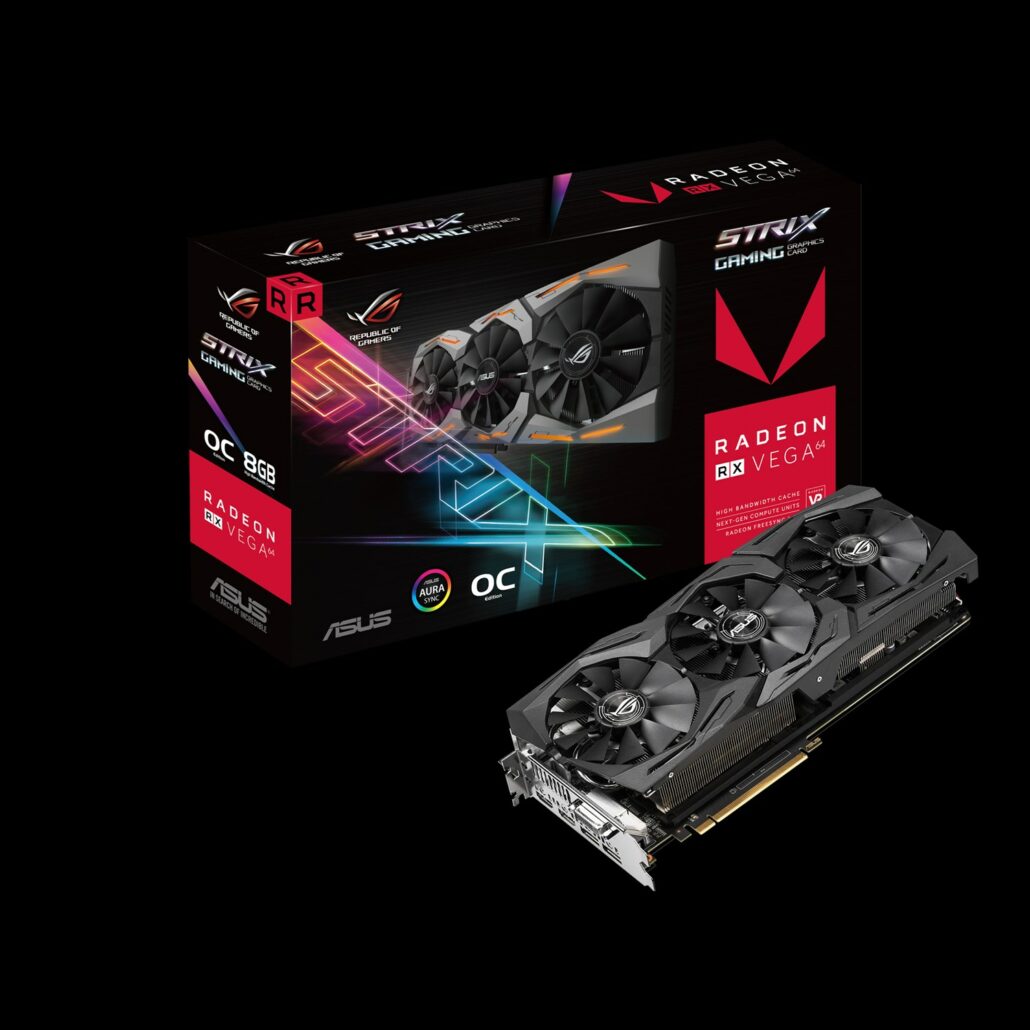 ASUS has the product pages for these cards live for some time now and the card has arrived in the Italy market for an official price of €740 (RX Vega 64 STRIX OC).  The lineup will include two cards, ROG STRIX RX Vega 64 OC and ROG STRIX RX Vega 56 OC. The clock speeds have not been listed by ASUS at the moment. The main differences on the custom boards compared to the reference cards include a non-reference PCB design, ASUS DirectCU III cooler, a modified power delivery system and a slightly different yet also similar display connector configuration. Both cards are supplied power through dual 8 pin connectors.

Some features of the ASUS ROG STRIX RX Vega lineup are listed below:

There is still no official confirmation as far as the global market launch is concerned for these cards. A mail from ASUS representative alleges that the card could launch next year during Q1 2018. Following are the official links to the product pages:

Gigabyte has also officially announced their Radeon RX Vega 64 and 56 Gaming OC lineup. These cards feature their new and enhanced Windforce 2X cooling system along with a custom PCB to deliver the best performance and cooling. Some features of the card include:

Featuring the Radeon RX Vega 64 graphics core, the card comes with 4096 stream processor that operate in two modes. The reference mode clocks the card at 1247 MHz base and 1546 MHz boost while the boost profile clocks the card to 1276 MHz base and 1560 MHz boost. The card sticks with 8 GB of HBM2 VRAM clocked at 1.9 Gbps frequency along a 2048-bit bus interface.

In terms of design, we are looking at an enhanced and compact version of the WIndForce 2X cooler that comes with dual 100mm fans with angular fin design and semi-passive 3D active fan technology. The card is fitted with a large aluminum fin heatsink that uses five pure copper heat pipes that make direct contact with the GPU. To further elevate the cooling performance, there's an additional copper backplate cooling with heatpipe on the back which make sure that the GPU and electrical components stay cool from either side of the PCB.

One interesting thing to note about this card is that it features a total of 6 display outputs which include 3 Display Port and 3 HDMI ports. This means that the card can drive up to 6 displays at once. 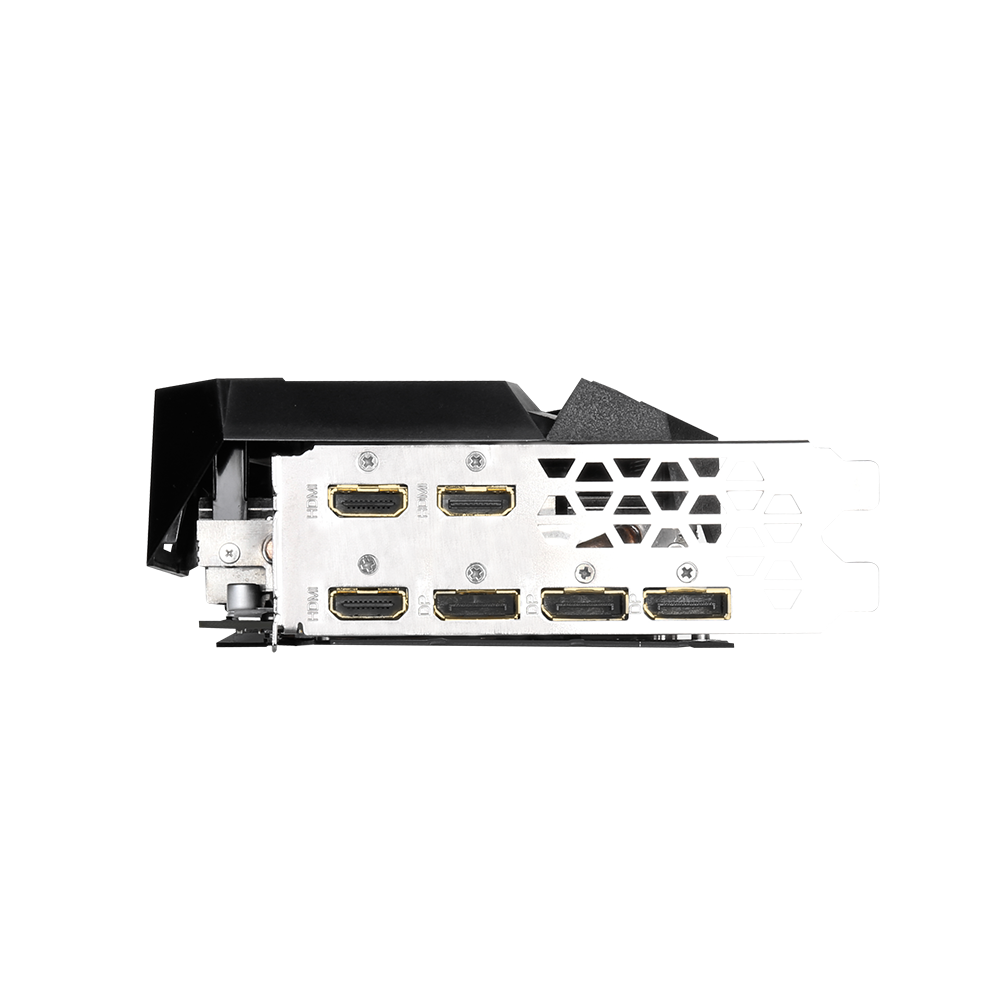 The PCB on the card is a 12+1 power phase design that features quality MOSFETs working at a lower temperature and providing the GPU with more stable voltage output. Since this is a high end design, we are looking at no less than two 8 pin power connectors to boot this card. There's no information on the pricing yet but availability is expected within the next month.