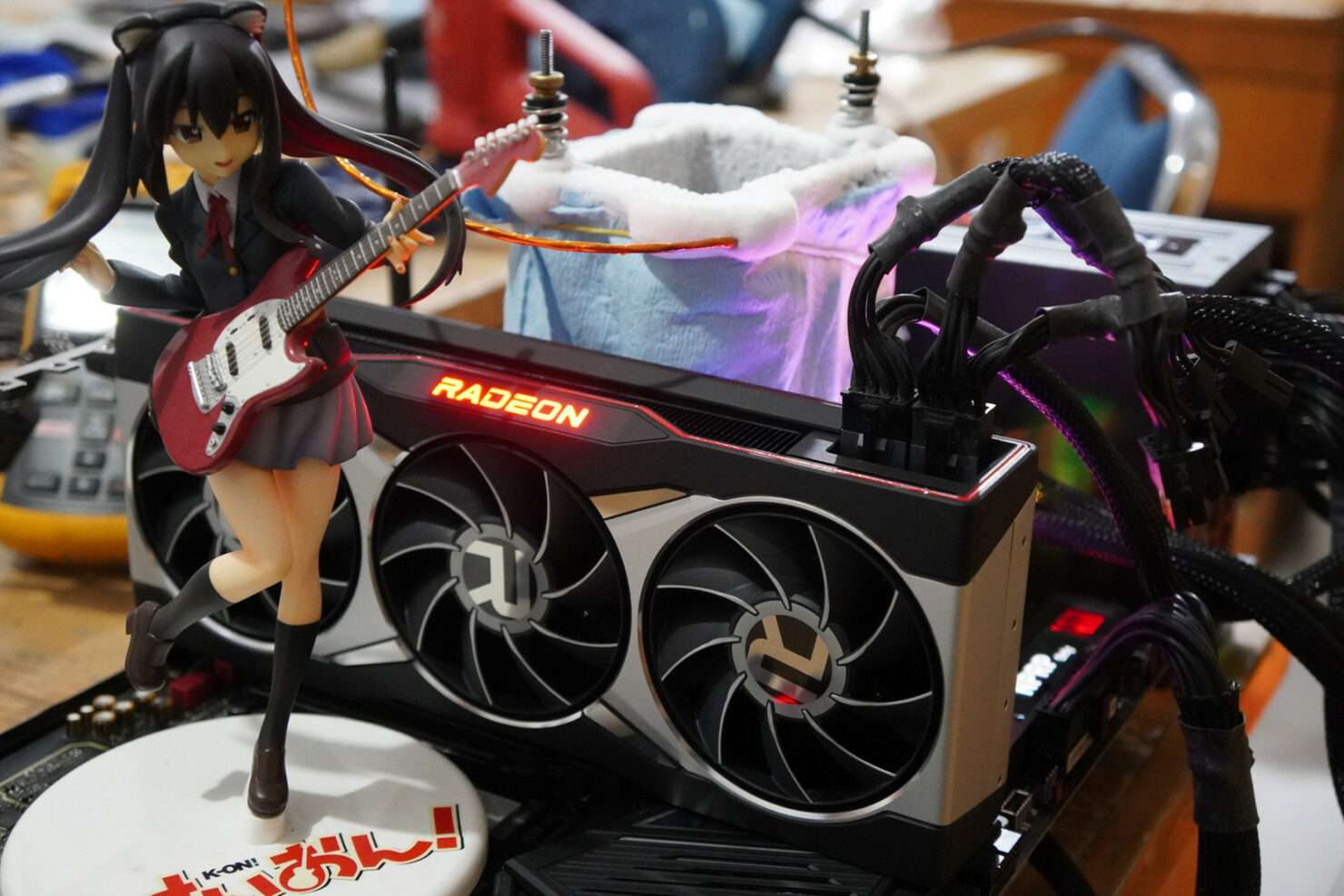 Something that we have been able to see from independent and our own testing of the Radeon RX 6800 XT graphics cards is that the new AMD Big Navi GPU offers surprisingly high clock speeds. The Indonesian overclocker was able to take full advantage of the clock speeds & that too on reference air cooling. 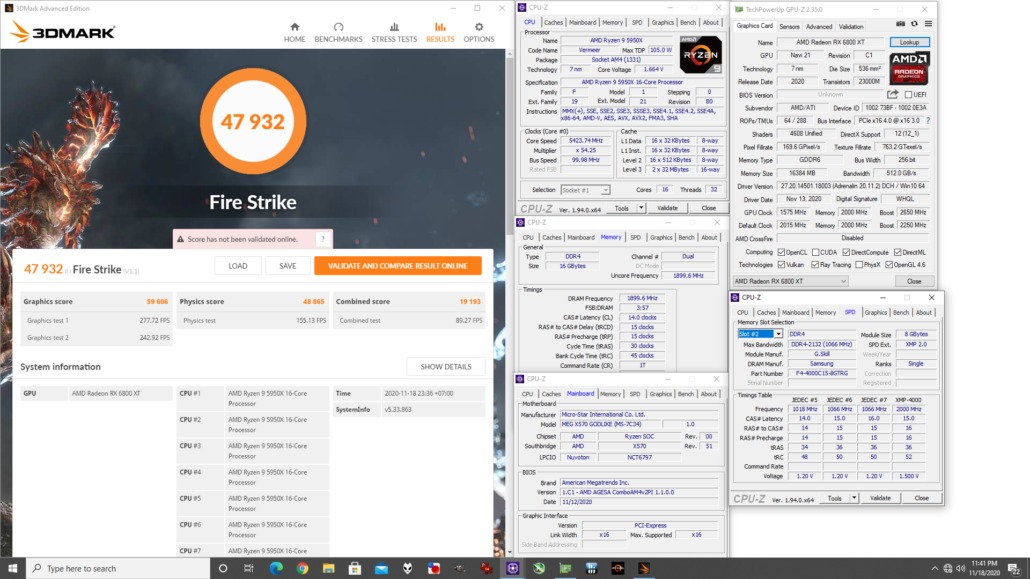 In terms of performance, the AMD Radeon RX 6800 XT at 2.65 GHz on air scored 47932 points in 3D Mark Fire Strike which is currently the world record for any single-GPU graphics card. The GeForce RTX 3090 in comparison when overclocked to 2.385 GHz on LN2 cooling is only able to score 47725 points. This is the first time in a long while that AMD has managed to pounce NVIDIA in core clocks.

The lead is less than 0.5% for the Radeon RX 6800 XT but Air cooling vs LN2 cooling makes it quite huge for AMD. With that said, the Radeon RX 6800 XT isn't even the top AMD GPU and that title will be given to the Radeon RX 6900 XT which launches next month. We can expect the RX 6900 XT to offer even faster performance when overclocked on air and there's a good chance with LN2, these cards will be able to breach the 50K Fire Strike barrier, setting a new bar for overclockers & future GPUs. 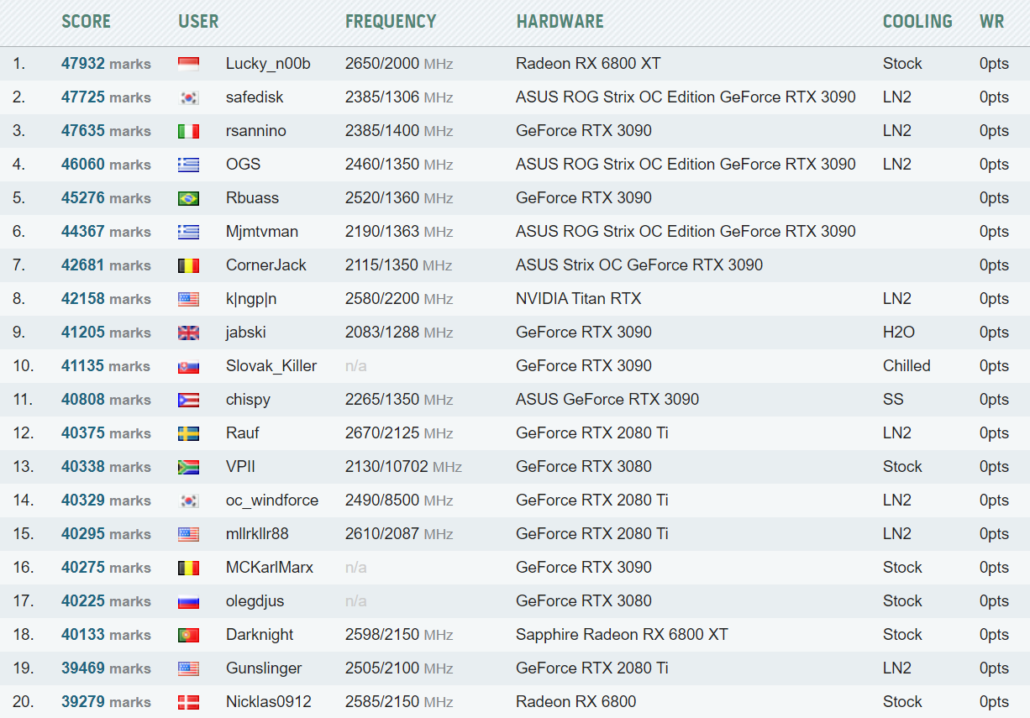