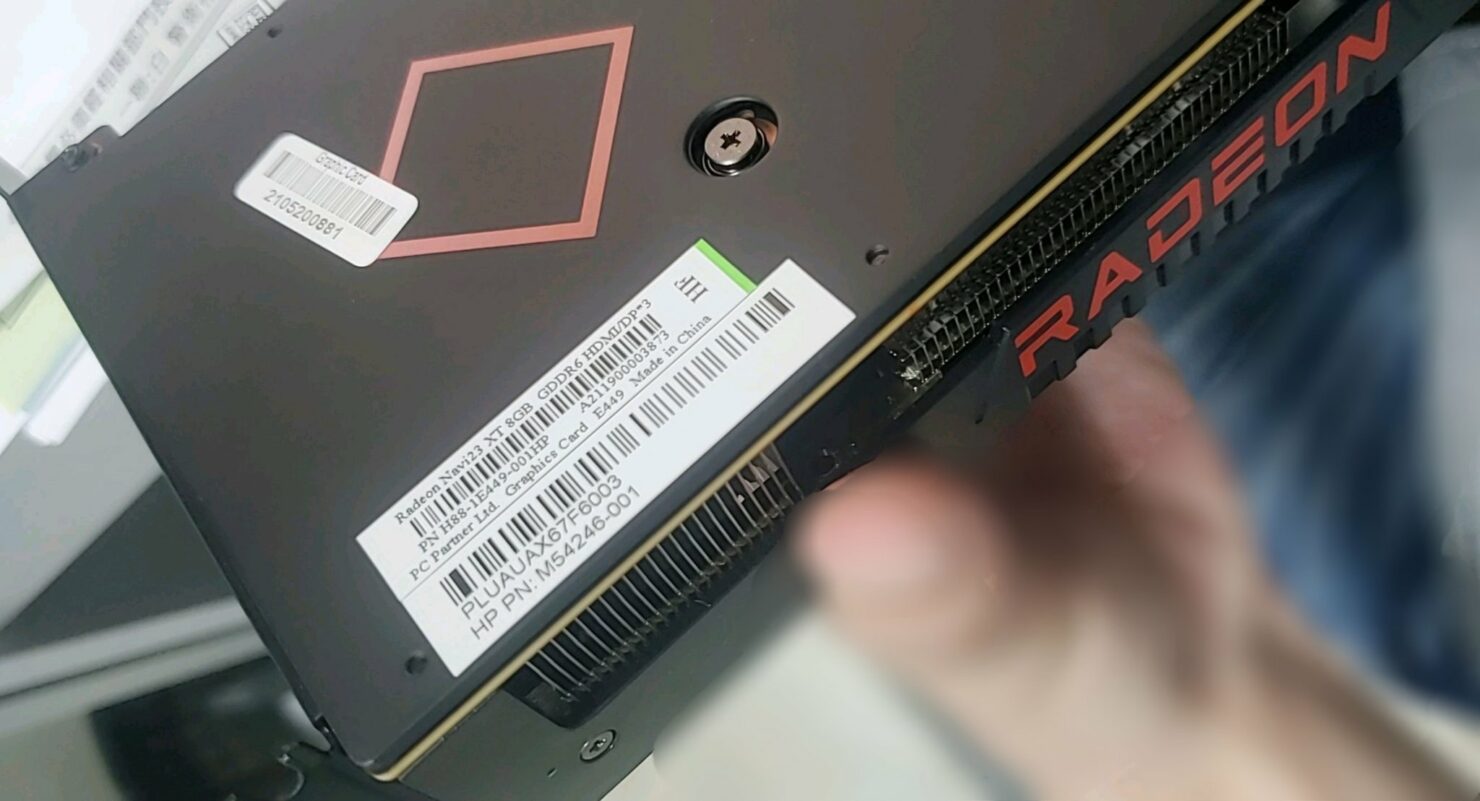 The first pictures of AMD's Radeon RX 6600 XT graphics card have leaked out by leaker, @Broly_X1. The card in the pictures is a reference variant but is meant to be an OEM-only design which means that the reference variant for consumers will end up looking different.

The graphics card that has been pictured has no proper label attached to it. The sticker only says that it is based on the Navi 23 XT GPU and we know from previous rumors that the XT chip will be featured on the AMD Radeon RX 6600 XT graphics card. This variant is a non-reference design and has been made for HP's Pre-Built Omen Desktop PCs. You can see the Omen logo on the backplate and as for the design itself, we are looking at a dual-slot form factor. Display outputs include triple DisplayPort and a single HDMI which is standard on the RDNA 2 cards.

This specific AMD Radeon RX 6600 XT graphics card makes use of a large aluminum fin array heat sink and comes with a Radeon logo on the sides but that's all that we could get out of this singular picture.

The AMD Radeon RX 6600 XT graphics card will be powered by the Navi 23 XT GPU which is going to feature 32 Compute Units or 2048 stream processors. The card will also rock 32 MB Infinity Cache & will feature an 8 GB GDDR6 memory capacity running across a 128-bit wide bus interface. 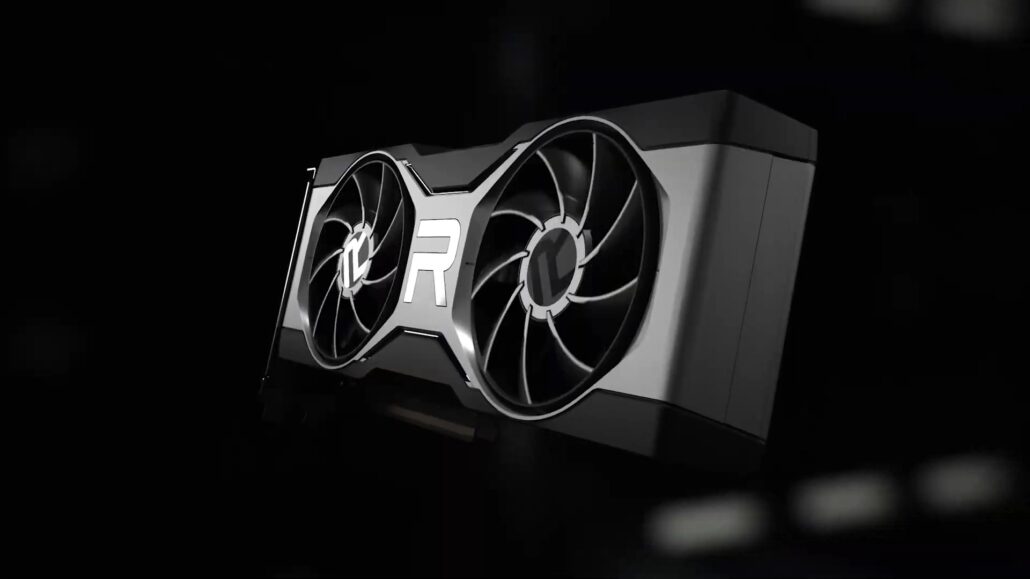 The pin speeds will be kept at 16 Gbps which will bring the total bandwidth to 256 GB/s. As per the rumor, the card is expected to feature 30 MH/s in the Ethereum mining, and in terms of synthetic performance, the card scores 9439 points in the 3DMark Time Spy graphics test.