AMD's upcoming pocket rocket the Radeon R9 Nano has been pictured once more with retail availability said to be coming soon. The AMD Radeon R9 Nano is the first reference designed high-end mini-itx graphics card of its kind. With performance promised to be "significantly" greater than that of the company's previous flagship, the Radeon R9 290X, the six inch long R9 Nano packs a very impressive punch that rivals even the Titan X in pure compute grunt. 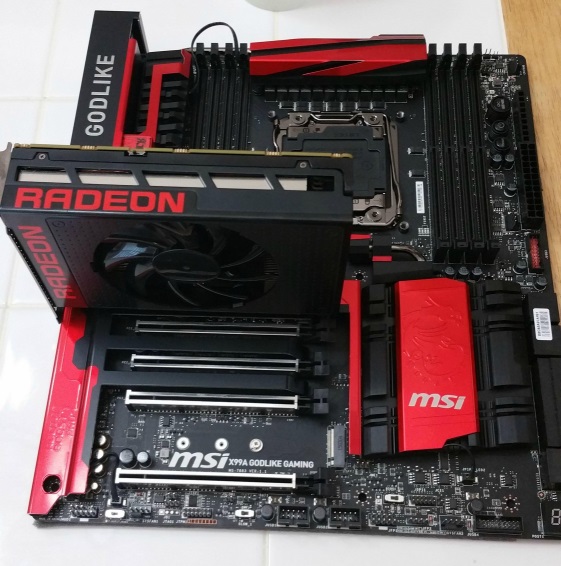 Just yesterday we spotted three brand new pictures of the card being teased by none other than Anthony Lackey who goes by the nickname Elmy. We've seen Lackey build extraordinary AMD systems before and now he's working on his next project with the R9 Nano.

Anthony Lackey :
Coming soon to a retailer near you.....
Doing a project for AMD will have details next week.

Three weeks ago - during its 2015 Q2 earnings call - AMD announced that the Radeon R9 Nano will be launching this month.

"Fury just launched, actually this week, and we will be launching Nano in the August timeframe." Said AMD's president and CEO Lisa Su at the 2015 Q2 earnings call. 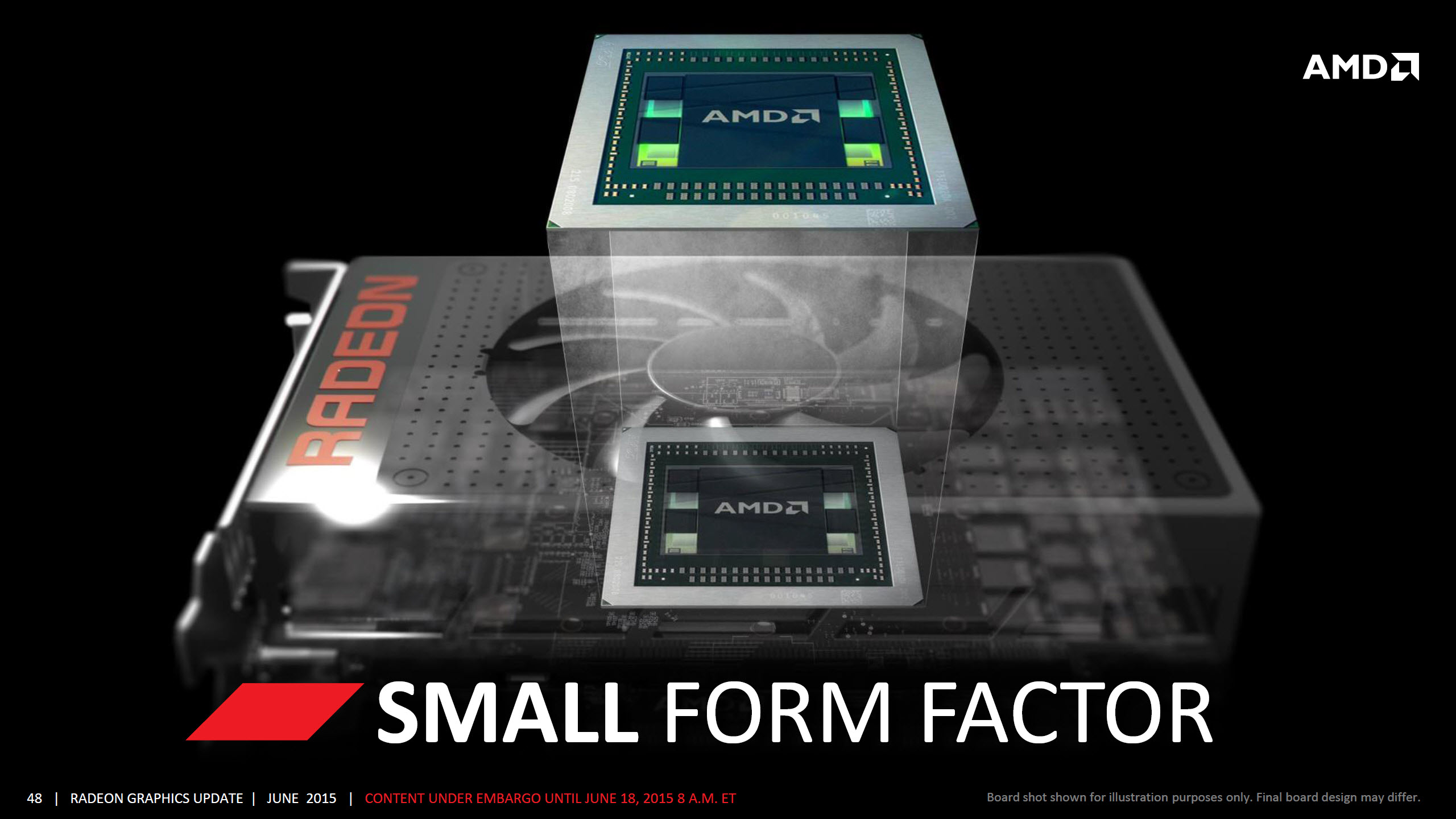 The R9 Nano purportedly features - although not yet confirmed by AMD - a full fat Fiji XT chip with all resources unlocked, much like the R9 Fury X. However, the differentiator will be the clock speed, which will be much more conservative than the 1050mhz frequency that the company's R9 Fury X flagship boasts. And this is what's going to help the R9 Nano deliver its impressive performance and power efficiency figures.

Based on AMD’s largest, most powerful and latest GPU code named “Fiji”, this tiny card boasts some seriously impressive stats. 2X the performance per watt and 2X the performance density of AMD’s previous flagship, the R9 290X. The result is a six inch long, 175W graphics card that we’re told is “significantly faster” than the 290X. Combine all of those attributes and the R9 Nano has the makings of the most powerful mini-itx graphics card we have seen so far.

Interestingly, Tom's Hardware managed to improve the power efficiency of the AMD Radeon R9 Fury X by 50% just by reducing the power limit of the card. Surprisingly the only tradeoff was a 10% reduction in the average frames per second.  Average FPS dropped from 39.7 to 36 while power consumption dropped by nearly 100W from 267W to 170W. That's 5W below the typical board power for the R9 Nano, so realistically speaking it should prove to be quite easy for AMD to deliver on its R9 Nano promises.

it's quite clear that AMD's Fiji GPU and the GCN architecture in general was designed to run at slightly lower frequencies and as a result would gain a massive chunk of power efficiency through the slightest clock speed reductions.  We really can't wait to see what this little card can do. More information is bound to trickle in as we get closer to launch so stay tuned.