Update: The AMD Radeon R9 380 OEM is confirmed to feature the Tonga Pro core as per the latest details revealed after the AMD Financial Analyst Day.

HP has officially confirmed the existence of AMD's Radeon R300 series family of graphics card by announcing that one of the graphics card will be powering their desktop PC offerings. The graphics card in specific is the AMD Radeon R9 380 OEM which will be powering back-to-school PC setups and will be launching in June 2015 along with two mobility chips powering all-in-one PCs and small form factor designs with the latest generation of CPUs/APUs from AMD and Intel. 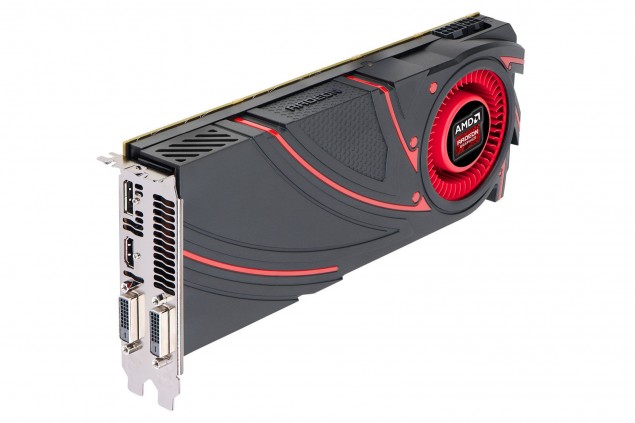 The AMD Radeon R9 380 OEM will be powering the latest HP ENVY Tower series desktop PCs. Users will be getting a choice of either the GeForce GTX 980 or Radeon R9 380 graphics card to be set up inside their PCs which are going to feature high-end performance. HP is offering users a choice for NVIDIA and AMD graphics options which may point to some interesting speculation. Usually, an OEM will offer configurations based on similar performance which leads me to believe that the Radeon R9 380 and GeForce GTX 980 are very similar in terms of graphics performance. It wouldn't be a logical choice to offer a faster option and a slower option  when the cost of each configuration given as a choice is going to end up similar.

There are rumors that the card may be based on the age old Tahiti or Tonga core architecture but both cards don't even come close to a GeForce GTX 980 in performance which makes the GTX 980 an obvious choice if the Radeon option is indeed based on these two cores. The one option which makes perfect sense would be that the Radeon R9 380 for OEM is also based on the Hawaii architecture since Hawaii has the performance that can close up on NVIDIA's GM204 core architecture. The other reason to believe this is that we recently spotted a R9 380 graphics card from XFX which pointed a similar PCB design as the reference Hawaii and that may end up as an OEM design too. If the card is indeed based on the Hawaii core architecture, then we might be looking at 2816 stream processors, 176 texture mapping units, 64 raster operation units and a 4 GB GDDR5 VRAM that operates along a 512-bit memory bus. This is however just over speculation over the specifications of the card. The official specifications of the card will only be presented by HP in June or when the card is launched by AMD in the upcoming months.

The card will be one of several rebrands featured in the AMD Radeon R300 lineup which is most likely to feature Tonga, Hawaii and Bonaire graphics chip on several Radeon R7 and Radeon R9 graphics cards while at least one of these boards will feature a next generation chip based on the new GCN architecture that includes Fiji.

AMD Radeon R7 A360 and A330 Mobility Chips Spotted

The other two 300 series chips which have been spotted, include the AMD Radeon R7 A360 and Radeon R7 A330. Both these chips are going to be featured on mobility devices which will make use of the upcoming Godavari and Carrizo APUs. The chips will replace the Radeon R5 A230 and Radeon R7 A260 which will use the PCI-Express link instead of a proper discrete MXM design to save up costs on low-profile setups. The A360 will end up with 4 GB of memory with the A330 will make use of 4 GB of DDR3 memory. There is a huge hype built up for AMD's next generation cards and we can't wait to see the cards in action. Meanwhile, more and more leaks for AMD's flagship Fiji GPU keep on leaking by Videocardz as the device id has been confirmed to be 7300 for Fiji graphics processor which is looking to be a bigger Tonga with HBM (High-Bandwidth Memory) design. 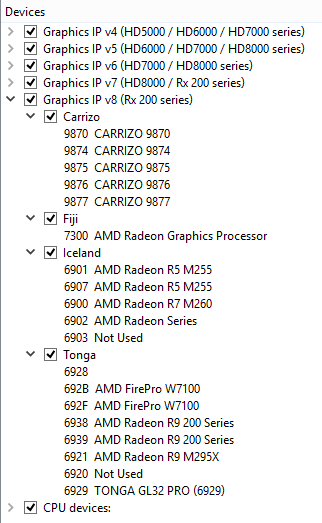