AMD Radeon R9 290 ‘Hawaii Pro’ Performance and Overclocked Results Leaked – On Par With The Titan For $449?

AMD's upcoming Radeon R9 290 'Hawaii Pro' performance numbers have possibly been leaked by Overclockers .Co.Uk. AMD just announced their Radeon R9 290X graphic card today at an amazing price of $549 boasting an impressive performance against the competition and would now focus on the launch of their next Hawaii GPU, aka the Radeon R9 290.

Spotted by the guys over at Videocardz, the Radeon R9 290 is the same graphic card featuring a cut down version of the Hawaii GPU. The Radeon R9 290 comes with 2560 Stream processors which means only 40 CU’s enabled on this Hawaii part. As for clock speeds, we are looking at 947 MHz max frequency which is yet again adjustable from the Dual BIOS switch with which you can enable Quiet mode or Uber mode depending on your usage. For memory, we have 4 GB GDDR5 VRAM running across a 512-bit interface that will pump out 320 GB/s bandwidth at a clock speed of 5.0 GHz.

The Radeon R9 290 will be powered with an 8+6 Pin power configuration which represents a TDP of over 250W. The display outputs include Dual-DVI, HDMI and Display port with Eyefinity compatibility and just like its bigger brother, it is supposed to run games at 4K resolution with ease. The Radeon R9 290 would hit the market on 31st October for a price of around $449.

The results exposed by Overclockers.Co.Uk show the R9 290 blurred out probably because its still under NDA. But it doesn't mean its too hard for us to guess. Just like the R9 290X, the Radeon R9 290 has impressive performance with Titan-like performance at a price of $449. You can see the overclocked and standard clocked benchmarks in the slides below: 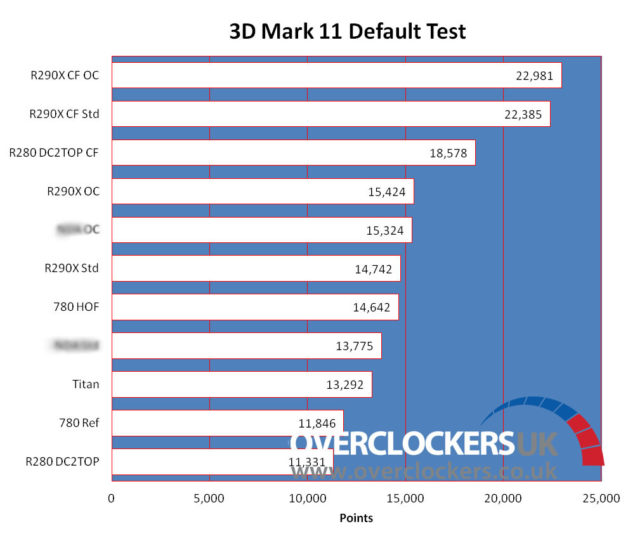 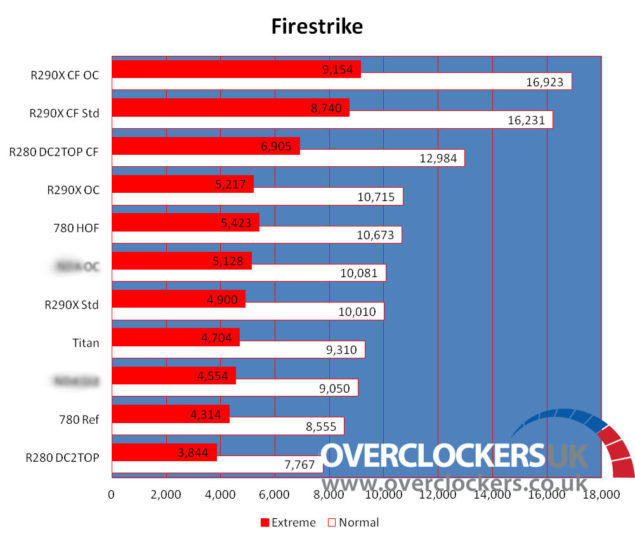 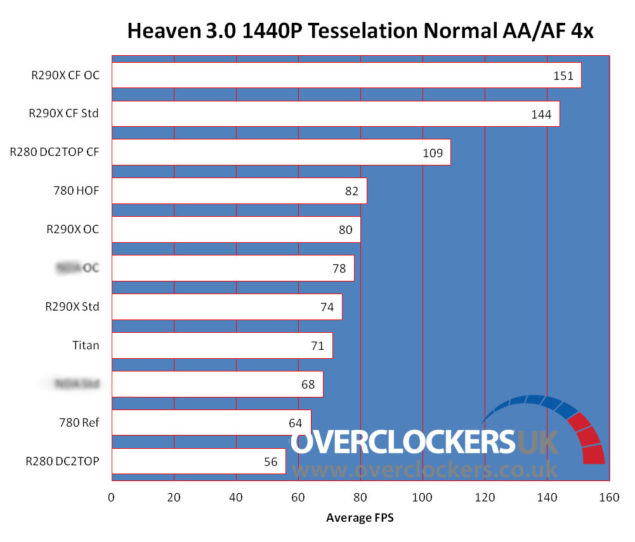 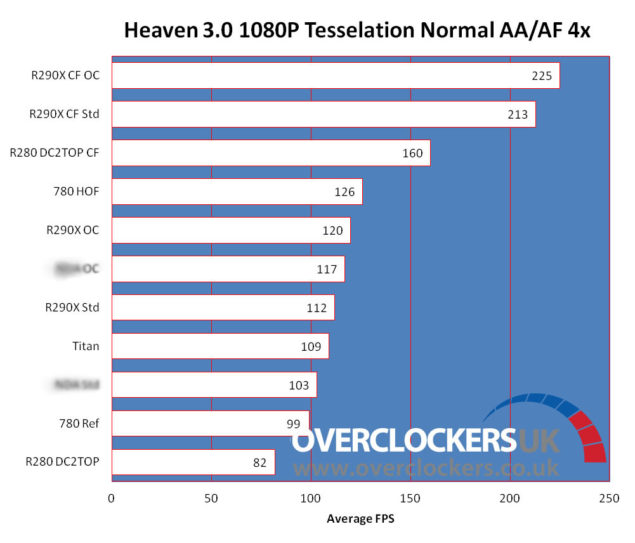