AMD's Radeon Pro VII graphics card which aims to tackle the professional market segment has leaked out by Videocardz. The graphics card seems to be a PRO variant of the Radeon VII that launched as an enthusiast gaming option for 2019 but the card got discontinued the same year.

The AMD Radeon VII was designed to compete against the NVIDIA GeForce RTX 2080 although the GeForce RTX 2080 Ti was already out as green team's flagship offering. The card managed to offer a good improvement over the Radeon RX Vega 64 but ultimately fell to its despite owing to a power hungry chip design and high-temperatures. The card being inefficient against NVIDIA's RTX graphics cards despite using a 7nm architecture meant that it didn't saw a great response from the gaming community as well as AMD had expected.

But the underlying Vega architecture, since its inception, has been known to be a great GPU for professional and datacenter workloads. That is why the upcoming cDNA architecture based GPU design will still feature the fundamentals of Vega at its heart. Based on that, AMD is bringing out its latest professional graphics card, the Radeon Pro VII. 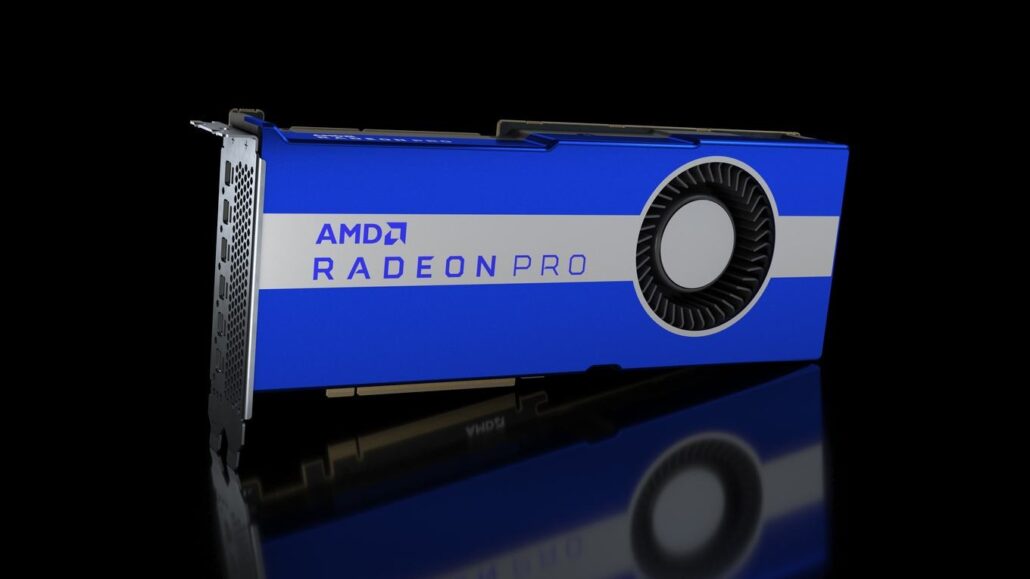 Just like the name suggests, the card will make use of an iteration of the 7nm Vega GPU. We can't say for sure whether this will be the same SKU as the one featured on the Radeon VII but if we go by the naming scheme, it definitely should. In that case, we can expect 3840 stream processors in the Vega 20 GPU. Clock speeds for the variant aren't listed but we get the exact compute power of the card which is rated at 13.1 TFLOPs (FP32) and 6.5 TFLOPs (FP64). Interestingly, the 13.1 TFLOPs FP32 performance is slightly lower than the Radeon VII which hints at a lower clock speed and that can be attributed to the 250W TDP design of the Radeon VII Pro whereas the Radeon VII features a much higher 295W TDP, resulting in higher clock speeds.

Key capabilities and features of the AMD Radeon Pro VII graphics card include:

The FP64 performance is almost 2x over the Radeon VII which is mostly due to the 1/4 rate on the gaming variant whereas the Pro variant comes with 1/2 rate FP64 compute. The card also features 16 GB of HBM2 memory delivering a peak bandwidth of 1 TB/s. There's also a new Infinity Fabric link on the card which is rated at 168 GB/s interconnect while the cards themselves are PCIe Gen 4 compliant.

According to Videocardz, the NVIDIA Quadro RTX 5000 is the main competitor of the Radeon VII Pro and is up to 68% slower in a specific benchmark versus the Vega 20 Pro card. NVIDIA's Quadro RTX GPUs also rely on the older PCIe Gen 3 interface whereas the industry is moving towards PCIe Gen 4. NVIDIA is expected to unveil its own PCIe Gen 4 based platform with its Ampere GPUs for HPC & professional segments tomorrow so we can expect more details.

AMD has been providing 2nd Gen and 7nm based Vega GPU in its Pro lineup for a while now but they have been kept exclusive to Apple's Mac Pro systems. With the Radeon VII Pro, a wider variety of professionals will have access to the GPU. As for now, the Radeon VII Pro is looking like a great card for professionals and in terms of pricing, it is expected to retail at $1899.99 US which is a low price compared to its main competitor while offering better compute horsepower.