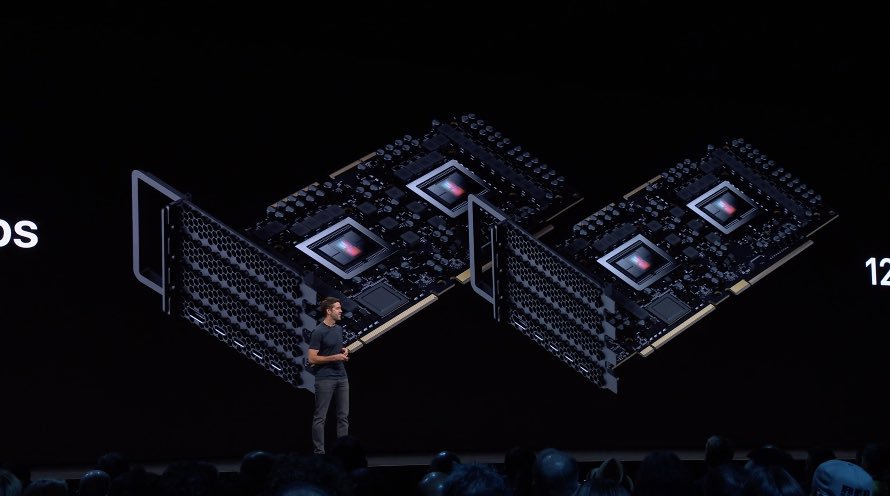 When it comes to specifications, we will start with the single chip variant which is based on the full 64 CU enabled Vega 20 GPU and houses 4096 stream processors. The chip has a max rated clock of 1.7 GHz and can deliver a peak throughput of 14.2 TFLOPs (FP32). The chip makes use of an infinity fabric with transfer speeds of 84 GB/s. The chip also comes with HBM2 stacked DRAM with up to 32 GB in capacity, operating at 1 TB/s alongside a 4096-bit wide bus interface. 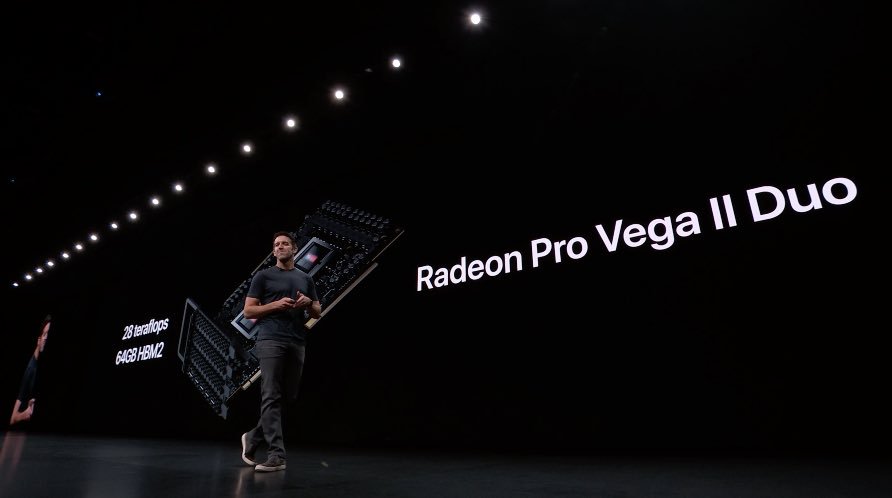 The dual-chip variant has twice of everything of the single-chip variant. AMD Radeon Pro Vega II Duo is the first dual-chip Radeon offering on the high-end platform but aimed at the Pro market. The graphics card has 128 CUs (64 Per GPU) which make up 8192 stream processors. The card will carry 64 GB of HBM2 VRAM and can deliver up to 28.3 TFLOPs of Compute performance in single precision workloads.

Apple and AMD have also developed a new type of connector module for the latest Mac Pro series. Known as the MPX Module, the platform starts with an industry-standard PCI Express connector. Then, for the first time in a GPU, additional PCIe lanes were created to integrate Thunderbolt and provide the increased capability. With up to 500 watts, the MPX Module has power capacity equivalent to that of the entire previous-generation Mac Pro. 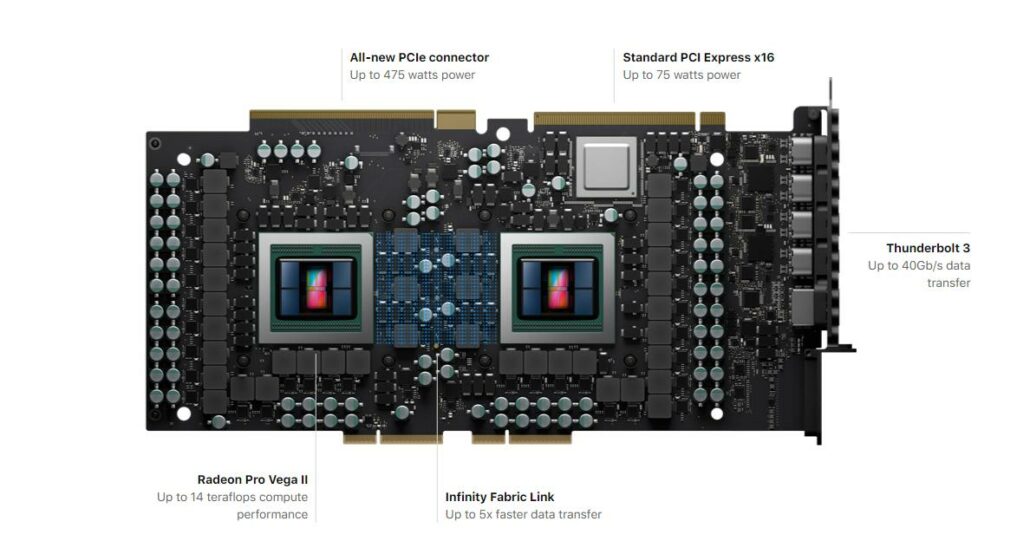 Of course, AMD and Apple aren't stopping there. Each Mac Pro will have the option to use two of the new AMD Radeon Pro Vega II series cards. So you can essentially have a Radeon Pro II Vega Duo with two single-chip based cards or if you're looking for even higher performance, you could just plug in two Radeon Pro Vega II Duo graphics card and get 128 GB of HBM2 VRAM, 56.8 TFLOPs of FP32 Compute and 112.8 TFLOPs of half-precision Compute performance which is just insane.

Other than the graphics side, the new Mac Pro will utilize a 28 core Intel Xeon (Cascade Lake-SP) class chip with 64 PCI Express lanes, a 300W+ TDP cooler with heat pipes and three impeller fans, support for up to 1.5 TB DDR4-2933 ECC memory in a 6-channel configuration and over 8 PCI-E expansion slots. Keeping in mind that the base Apple Mac Pro configuration costs $6000 US and that isn't even using the 7nm Vega II GPU, the price for the top variant could end up being close to the $50K figure which is just insane and that is all without adding the cost of the display too which should cost you another $5000+ US.