Hardware Unboxed recently published a report about AMD Radeon & NVIDIA GeForce graphics card prices from Newegg. NVIDIA was the first major manufacturer to announce that their RTX 30 series of cards returned to the seller's shelf space and also was the first to reduce the pricing of the popular computer component.

The MSRP or "Manufacturer Suggested Retail Price" is slowly beginning to mean something in the economy again, especially when talking about computer components such as processors and the most sought-after graphics cards.

Both competitors, NVIDIA GeForce & AMD Radeon, GPU prices change from as low as six to peaking at eight percent during one month. As great as that is to hear, AMD customers should begin to rejoice as the company's GPUs are almost to the suggested retail price set by the manufacturer. 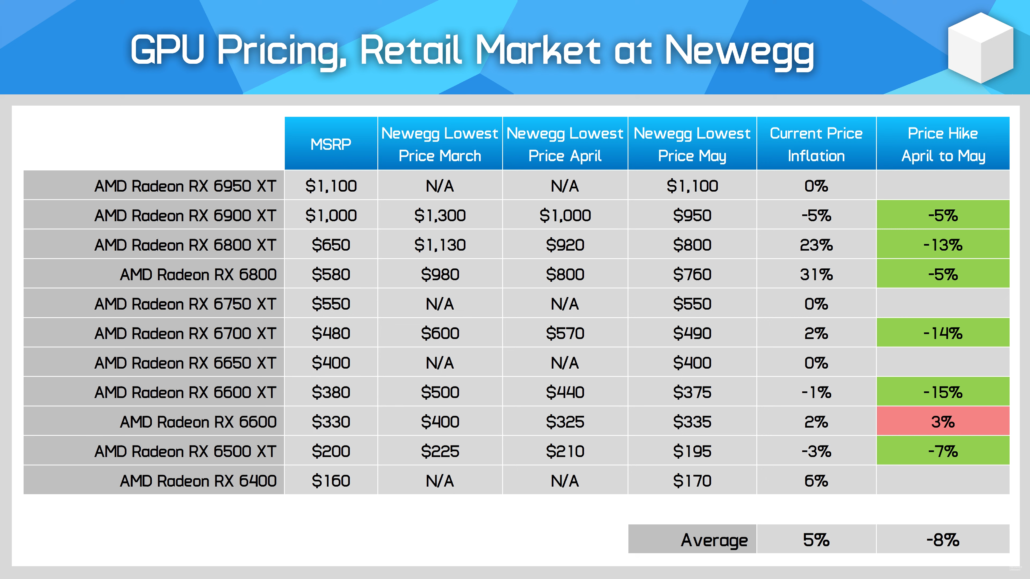 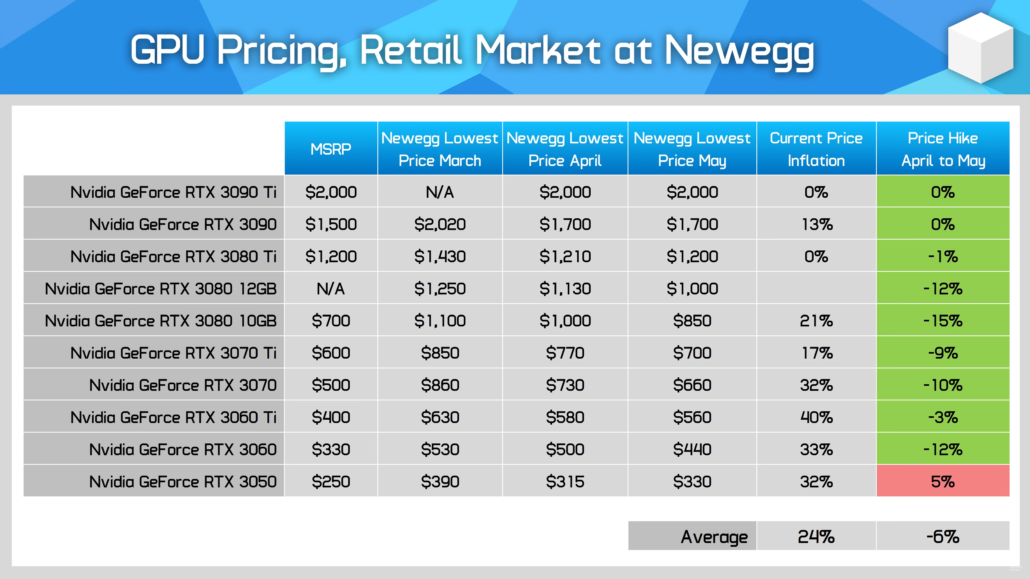 The AMD Radeon RX 6000 series graphics cards sit comfortably at five percent above MSRP, while the new RX 6500XT, 6600XT, and 6900XT cards fall below the suggested retail cost. Other cards, such as the RX 6800 series, sell around 31% above the recommended levels. Readers should note that if Hardware Unboxed did not include both the RX 6800 and 6800XT models in the Hardware Unboxed findings, the average inflation price would only be sitting at 0.1% of the market.

On the other hand, NVIDIA struggled with the company's entry-level and mid-level graphics card sales, causing the RTX 30 lines to only lower by 6%, which still places them close to seven percent higher in cost than their current main competitor. In response to the lower price of graphics cards on the market, the company has launched the GTX 1630, the first card from the GTX x30 line.

With the company's rumored NVIDIA GeForce RTX 40 series only a few months away, NVIDIA would be at a significant disadvantage unless the company makes an aggressive market strategy to dominate AMD's current lead.

The below video from Hardware Unboxed discusses the market in more detail and covers used pricing for graphics cards from AMD and NVIDIA.