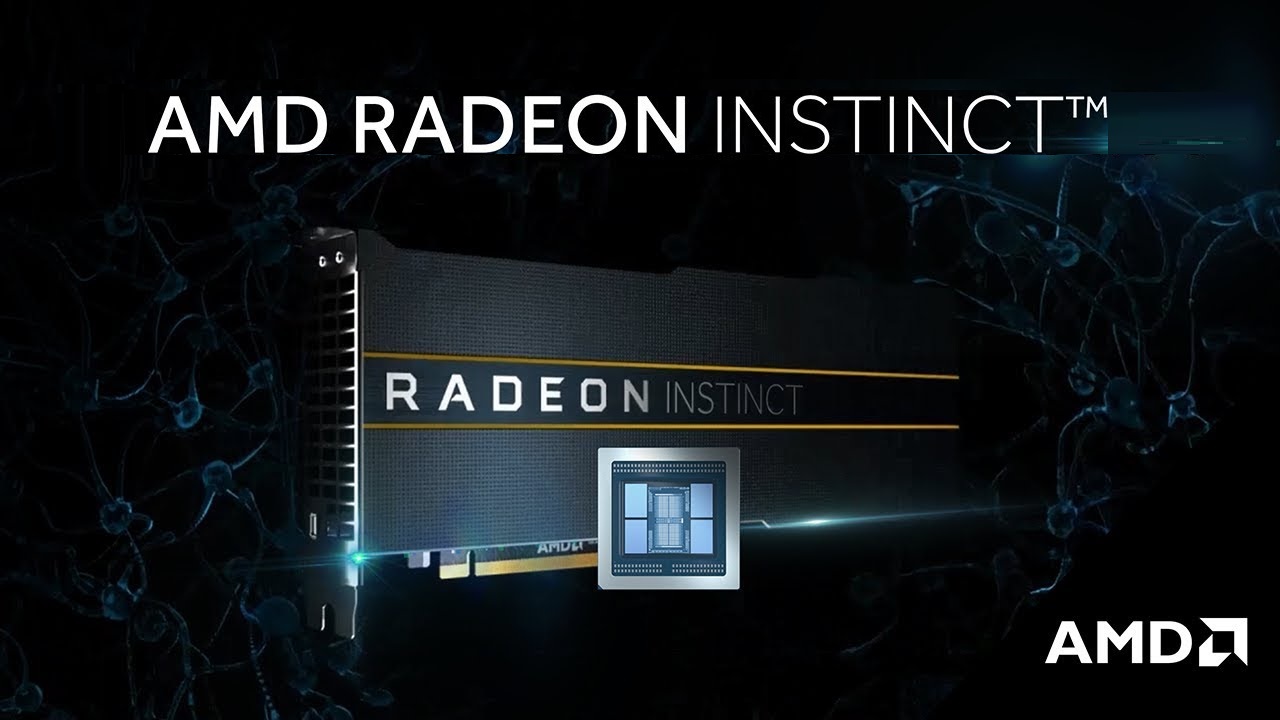 During Dell's EMC presentation, AMD's CTO, Mark Papermaster, confirmed that they will be introducing the next-generation CDNA architecture-based Radeon Instinct MI100 accelerator during the second half of 2020.

The AMD Radeon Instinct MI100 which is internally referred to as 'Arcturus' will be a next-gen HPC part that will feature an enhanced version of the 7nm Vega architecture. The accelerator has never been mentioned by AMD officially until now. The GPU seems to be the top HPC part for 2020 in the AMD first-generation CDNA portfolio. Mark confirmed that the Discrete GPU will be introduced in the second half of 2020.

Following is the quote from Mark during the Q/A session:

Like our multi-generational commitment to the Zen roadmap in x86 CPU, we have done the same with our DNA architectures for GPU - rDNA for gaming and visualization, and cDNA for compute & AI. The rDNA is driving gain in AMD share for graphics and deployed in the upcoming Sony and Microsoft new game consoles, and for cDNA you will see the MI100 discrete GPU both 2nd half of 2020.

Based on what we have learned from various prototype leaks, the Radeon Instinct MI100 'Arcturus' GPU will feature several variants. The flagship variant goes in the D34303 SKU which makes use of the XL variant. The info for this part is based on a test board so it is likely that final specifications would not be the same but here are the key points:

The Radeon Instinct MI100 test board has a TDP of 200W and is based on the XL variant of AMD's Arcturus GPU. The card also features 32 GB of HBM2 memory with pin speeds of 1.0 - 1.2 GHz. The MI60 in comparison has 64 CUs with a TDP of 300W while clock speeds are reported at 1200 MHz (Base Clock) while the memory operates at 1.0 GHz along with a 4096-bit bus interface, pumping out 1 TB/s bandwidth. There's a big chance that the final design of the Arcturus GPU could be featuring Samsung's latest HBM2E 'Flashbolt' memory which offers 3.2 Gbps speeds for up to 1.5 Tb/s of bandwidth.

So far, AMD has unveiled that the main focus of CDNA would be performance, efficiency, features, scalability in the data center market. Currently, AMD's GCN architecture has served this segment but with CDNA, AMD will be creating GPUs specifically optimized for high-performance Compute, Machine Learning, and HPC. The 1st Gen CDNA GPUs will feature a 2nd Gen Infinity Architecture and would utilize the ROCm (Radeon Open Compute Platform) to power the data center with key optimizations and enhanced scalability. The 2nd Gen Infinity Architecture will allow for 4-8 Way GPU connectivity in a singular node, allowing the new Radeon Instinct boards to run in harmony.

AMD has proved that they can offer more FLOPs at a competitive price so maybe that is where Arcturus would be targetting. With 2H 2020 now set for the Radeon Instinct MI100, we will soon know how AMD's latest CDNA architecture competes against NVIDIA's Ampere based A100 GPU accelerator in the HPC segment.