The final specifications of AMD's upcoming Radeon HD 7990 "Malta" GPU have been exposed by ChinaDIY. Launching on 24th April, the specifications of the card show that the GPU is built on the 28nm Tahiti core architecture featuring an enhanced core clock of 1 GHz.

The AMD Radeon HD 7990 "Malta" has two Tahiti XT cores which result in a total of 8.6 Billion transistors, 4096 Stream processors, 2 Prim /Clock , 256 Texture mapping units and 64 Raster operating units. The core is clocked at 1000 MHz or 1 GHz though not known whether it has the GPU boost technology enabled or not. The card is equipped with a massive 6 GB GDDR5 memory that operates along a 384-bit x 2 memory interface and is clocked at 6.0 GB/s effective frequency. The memory pump outs an impressive 576.0 GB/s bandwidth. The Radeon 7990 has a peak compute performance of 8.2 TFlops.

The AMD Radeon HD 7990 reference dual-chip beast, previously known as New Zealand is codenamed Malta. It was showcased at GDC 2013 which revealed that it still carried the triple fan cooling solution shown over a year ago. It was also mentioned that the Radeon HD 7990 powered the 17 minute gameplay trailer of Battlefield 4 which is being developed by DICE. A few days ago, a reddit user who was later revealed to be a developer on the Frostbite 3 engine posted a picture of his test setup that was running the Radeon HD 7990 in CrossFireX mode.

AMD's Radeon HD 7990 is assembled using a dual-slot cooling solution which features triple fans etched on the shroud. These 92mm fans are part of the turbine cooling design which provides enhanced cooling performance to the internal vapor chamber heatsinks equipped on each core and fused together using copper heatpipes.

The Radeon HD 7990 would go head on head against NVIDIA's GeForce GTX 690 that was released almost a year ago. Both cards would end up with a $1000 cost so it would be the benchmarks that decide which GPU would get the performance throne. The card launches next week, the launch could be a paper launch though nothing's official yet so we got to wait a bit. 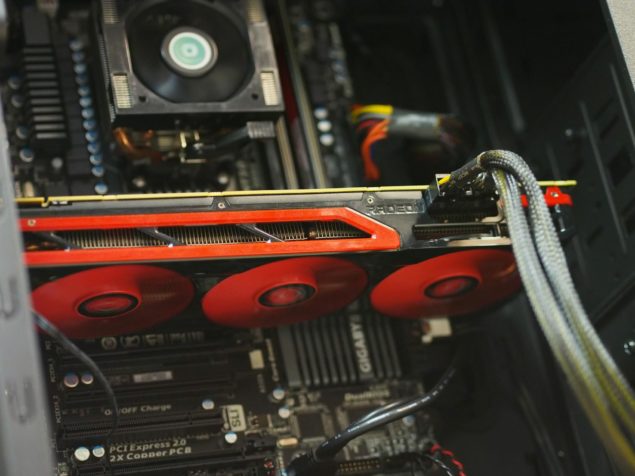 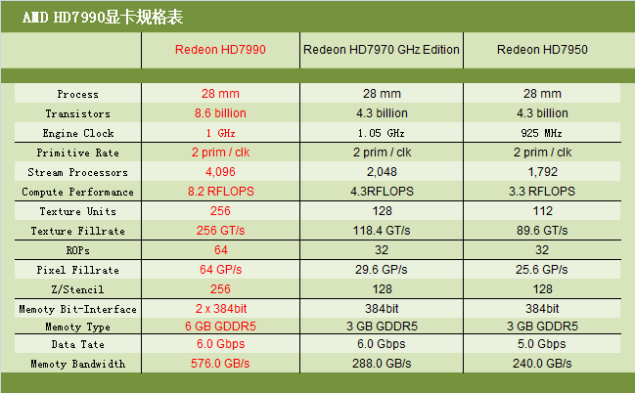