Following are some possible specifications of the Radeon HD 7970: 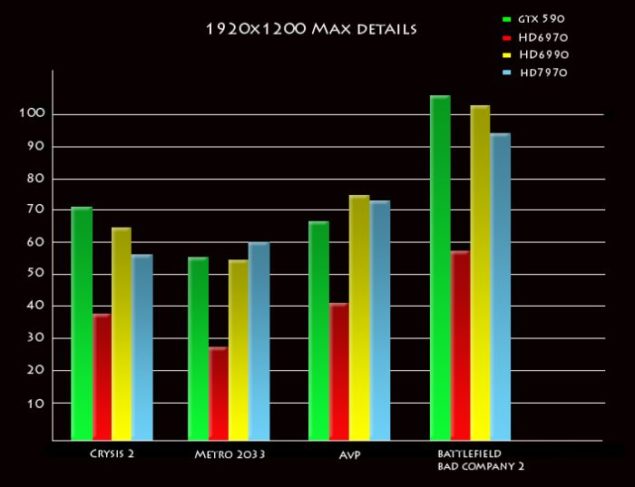 One thing to note is that the benchmarks could be of the same engineering samples which were leaked earlier and possibility remains that what you're seeing might be CrossfireX performance stats instead of single GPU. The Performance stats if obtained through a single GPU will confirm our previous report about the performance of HD 7900 Series being as fast as the High Tier HD 6990 Dual chip GPU.

In games like Metro 2033 and Alien Vs Predators which are consume alot of DX11 GPU horsepower, HD 7970 takes the clear lead by out performing the HD 6990 and GTX 590. While the GPU is a tad bit slower in the Bad Company 2 and Anno 2070, It still shows great Price/Performance ratio against the dual chip beast considering it'll only be priced at $449 - $499