Update #1: We have tested the latest drivers with AMD's Radeon R9 Fury graphics card to verify AMD's claims of up to 60% increase in performance in Gears of Wars. Our results can be found in the article below.

AMD has launched their latest Crimson Edition 16.3 drivers which adds support for upcoming titles and also fixes the broken performance for Fiji and Tonga based cards in Gears of War. The Crimson Edition 16.3 driver incorporates several bug fixes while gets the red team ready for the upcoming launch of Hitman which is the latest launch title to feature DirectX 12 support and features Asynchronous compute.

The AMD Radeon Software Crimson Edition 16.3 Driver can be downloaded from the following links:

The new drivers will not only support Hitman which is the latest DirectX 12 infused title, but also deliver boost in performance for the Radeon R9 Fury X and Radeon R9 380X graphics card. The drivers also fix AMD's Rise of Tomb Raider performance, specifically for the Radeon R9 Fury X graphics card which compared to the Crimson 16.2 driver release will now perform up to 16% better. In the footnotes, AMD mentions that this was achieved with resolution on 1080P and a Haswell-E based rig.

Since launch, NVIDIA's GeForce graphics cards have shown superior performance in the title with the Radeon R9 Fury X performing close to a GeForce GTX 980 in the same game which is a $479 US graphics card. With the additional boost, AMD expects to reach performance near the GeForce GTX 980 Ti levels which is its actual rival since both cards retail at $649 US in the retail market. It remains to be seen whether the performance increase will be passed on to the other Radeon graphics cards or remain exclusively for the Radeon R9 Fury X.

Radeons Ready For DirectX 12 and Async Compute Action in Hitman 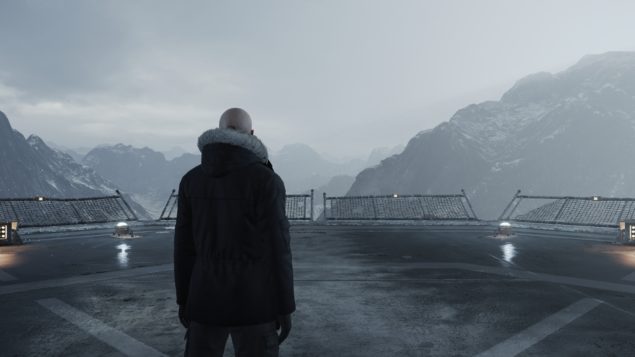 Next up, we have the official support for Hitman, one of the top releases in March 2016. Hitman brings back Agent 47 back to his stealthy adventures but this time, developer IO Interactive has chosen to go ahead with episodic releases rather than a full release. The game will have two parts, one will serve as a Prequel to the previous Hitman titles while the other will place after the events of Hitman Absolution hence being a sequel. The game release tomorrow and one of the main highlights for the game is that not only was it bundled with AMD Radeon R9 390 and Radeon R9 390X graphics card but will be the first title to feature the most intense and best implementation of Asynchronous compute which allows graphics and compute workloads handling simultaneously.

AMD has previously shown that they have a big enough lead with Async compute in the Alpha and Beta release of Ashes of the Singularity but Hitman featuring the tech's best implementation will show off AMD's true lead in this department.

Few weeks ago, we had spotted a GDC 2016 session about HITMAN’s usage of DirectX 12, but at that time nothing had been officially confirmed. Here’s what AMD had to say, specifically:

AMD is once again partnering with IO Interactive to bring an incredible Hitman gaming experience to the PC. As the newest member to the AMD Gaming Evolved program, Hitman will feature top-flight effects and performance optimizations for PC gamers.

Hitman will leverage unique DX12 hardware found in only AMD Radeon GPUs—called asynchronous compute engines—to handle heavier workloads and better image quality without compromising performance. PC gamers may have heard of asynchronous compute already, and Hitman demonstrates the best implementation of this exciting technology yet. By unlocking performance in GPUs and processors that couldn’t be touched in DirectX 11, gamers can get new performance out of the hardware they already own.

AMD is also looking to provide an exceptional experience to PC gamers with high-end PCs, collaborating with IO Interactive to implement AMD Eyefinity and ultrawide support, plus super-sample anti-aliasing for the best possible AA quality.

This partnership is a journey three years in the making, which started with Hitman: Absolution in 2012, a top seller in Europe and widely critically acclaimed. PC technical reviewers lauded all the knobs and dials that pushed GPUs of the time to their limit. That was no accident. With on-staff game developers, source code and effects, the AMD Gaming Evolved program helps developers to bring the best out of a GPU. And now in 2016, Hitman gets the same PC-focused treatment with AMD and IO Interactive to ensure that the series’ newest title represents another great showcase for PC gaming!

Last up, we have probably one of the biggest performance increase for Radeon cards in Gears of Wars. When the title launched, many blamed NVIDIA's Gameworks technology to be the reason behind AMD's poor show case of performance in the Gears of War. AMD releasing and boosting performance by up to 60% washes away those claims and just shows that AMD needed time to get their drivers working properly for their Radeon cards.

The AMD Radeon R9 Fury series and Radeon R9 380 were the two cards which we specifically tested and found out that they performed very poor compared to R7 370 and R9 390 series cards which are based on GCN 1.0 and 2.0 graphics core. Since 380 and Fury series are based on GCN 3.0 and they now get to see a 44% and 60% (respective) increase in performance, AMD seems to have finally fixed their side of performance issues.

AMD achieved these performance numbers using a 4K resolution monitor and a beastly Haswell-E system. The performance increases will vary system from system and could not be as significant when tested on 1080P or 1440P resolution with settings cranked up to the max. There are also some bug fixes and common issues which the team at AMD will be resolving very soon with a hotfix driver.

Our hardware fellow Keith is currently running benchmarks with the latest Crimson 16.3 drivers to verify AMD's claims about 60% performance increase in Gears of War. From the looks of it, the drivers do bring some major performance improvement to Radeon but even the card is still not able to match the GeForce GTX 980 which maintains an average 30 FPS in the game at 4K while the Fury deliver an average of 15 FPS at the same display resolution which ranges (Max: 18 FPS and Min: 14 FPS).

AMD's aim to standardize external GPUs for notebooks doesn't seem that long off. We heard about it last week and it seems like AMD has given it a name. Known as XConnect, the technology is similar to current generation of external GPU enclosures which are closed and proprietary in nature but AMD believes that with a little effort they could change that.

Language Menu: A new feature introduced in Radeon Settings that allows the end user to select their preferred language from a drop down menu under the "Preferences -> Language" tab.

Performance and Quality improvements for​