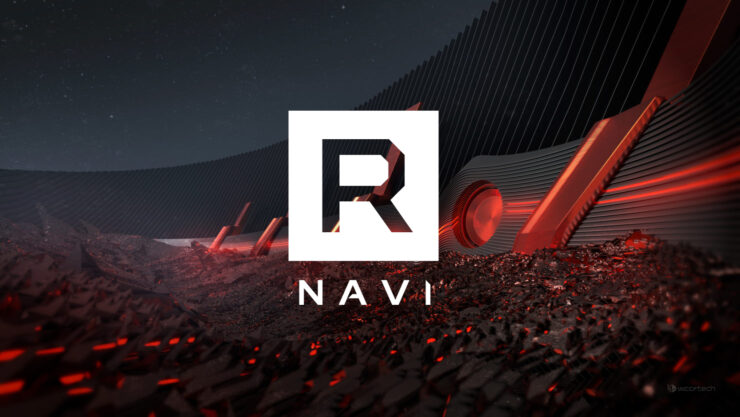 AMD has made its comeback in the CPU side of things and it is now time for the company to turn its attention back to the segment that was once its bread and butter: Radeon. As I stated almost 1.5 years ago, you should not expect a high-end GPU before 2020. Well, guess what, 2020 is almost here and with it comes to the first leak of AMD's 2nd Generation NAVI GPUS: Navi 21, 22 and 23. Needless to say, we have very little to go on with regards to the exact parts at this point and it is unclear whether AMD merged the GPU formerly known as Navi 20 into one of these three or that remains in the pipeline.

AMD working on powerful new Radeon GPUs - do these contain some TITAN killers?

AMD's second-generation Navi series will likely utilize Next-Generation RDNA (RDNA 2 in all likelihood) and will be manufactured on the improved 7nm+ node. This is the point where AMD's process advantage will really start to hurt Nvidia and the time where we expect them to shift to 7nm as well with Ampere. Considering the leaks for that have already started as well, late-2020 seems like the year where we will see the PC market return to its former glory and possibly hit new heights.

Before we go any further, let's go over the actual leak. Mention of Navi 21, 22 and 23 were made in upcoming Linux drivers - which are opensource and usually a very reliable leaky point in the AMD pipeline. This was first spotted by user Berniyh on 3DCenter forums. Mention of Navi 22 and 23 can be found over here while you can read about Navi 21 over here. So far, the nomenclature AMD has been following usually indicates that the lower the second numeric, the more powerful the chip. This means if AMD sticks to tradition, Navi 21 is the most powerful out of all of these although there is a small caveat with this statement. Navi 21 wasn't the chip that was spotted in the Linux Changelog. It was Navi 21 Lite.

Here's the deal though. As per my information that dates back almost a year and half, the chip you want to actually look out for is Navi 20. It is unclear whether AMD scrapped that and renamed it to one of these three or whether it's still in the pipeline. If it has not been scrapped then these three GPUs are just going to be the starting acts that will warm up the stage for the actual event: the Navi 20 GPU. If this is not the case and one of these is the GPU formerly known as Navi 20, then that is just as good, because it would mean AMD is making excellent time on getting to RDNA Next-Gen/RDNA 2 based parts.

While there is no word on release dates right now, these things do not enter into the driver code until very later in the game when pretty much all of the design stages have finished. This would mean that AMD is at most, 6 months away from launching these parts, Computex 2020 might be the most realistic launch date although AMD could potentially surprise all of us by launching these at CES 2020 (unlikely in my personal opinion, unless these are mid-range cards). One thing is for sure though: 2020 is going to be a great time to be a PC gamer.