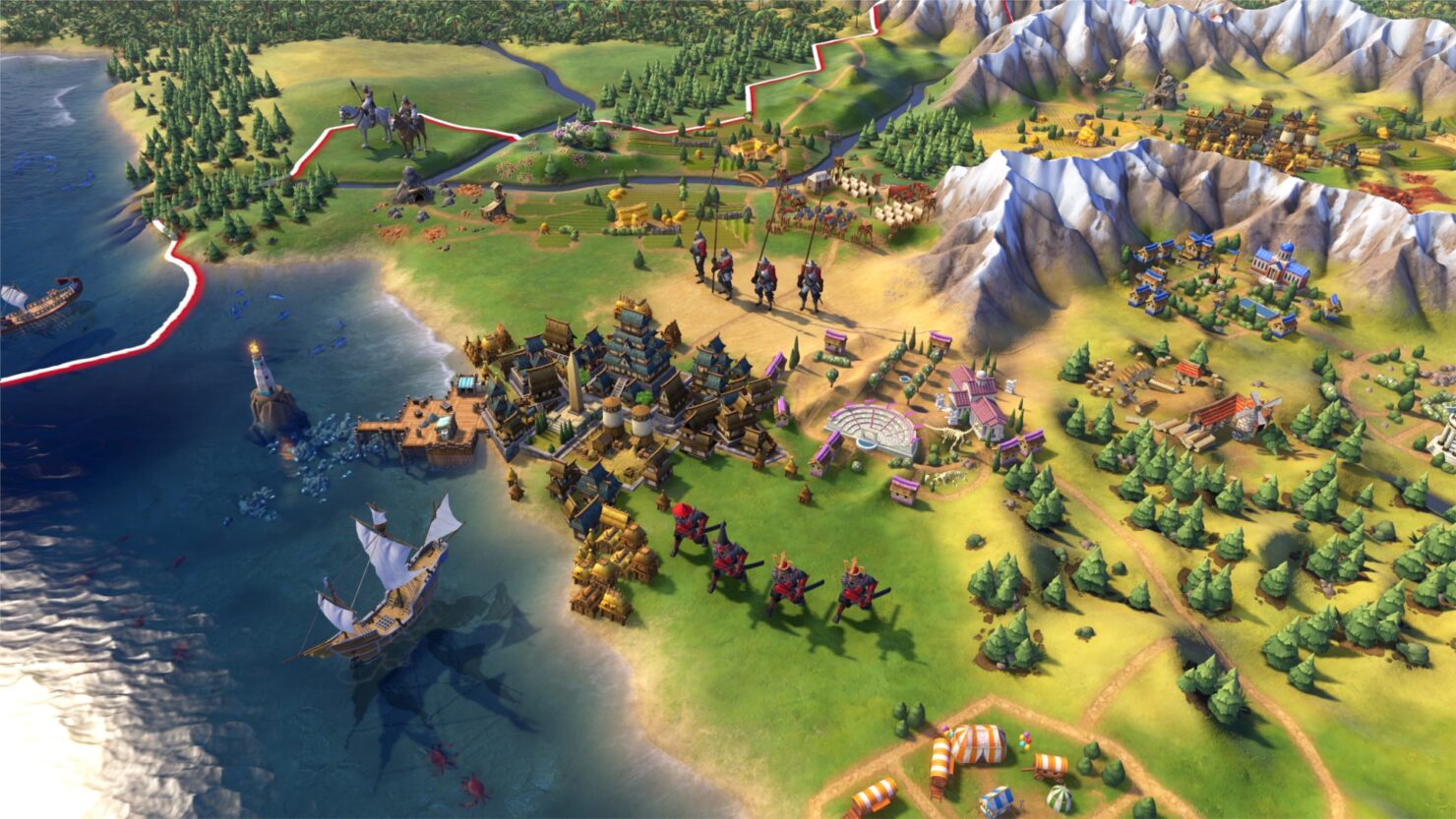 The engine of Civilization VI will be highly parallelized for high performance. This is not the first time AMD provided technological help with the Civilization franchise; they helped adding DirectX 11 support to Civilization V, they integrated the Mantle API into Civilization: Beyond Earth and developed a SFR (Split Frame Rendering) implementation for multi-GPU in the same game.

Radeon graphics cards have rapidly become the definitive platform for next-generation DirectX 12 content. We're thrilled to bring our leading DirectX 12 hardware and expertise to bear in the next installment of the Civilization franchise, which has long been adored by gamers for its intoxicating mix of beautiful graphics and hopelessly addictive gameplay.

For 25 years the Civilization franchise has set the standard for beautiful and masterfully crafted turn based strategy. AMD has been a premiere contributor to that reputation in past Civilization titles, and we're excited to once again join forces to deliver a landmark experience in Sid Meier's Civilization VI.

Civilization VI can already be pre-ordered via Steam. It will be released worldwide on October 21, 2016 and it will include a built-in benchmark for all those interested in checking how the game performs.

Below you can find an overview of its improvements and new features. Our previous report includes a narrated video gameplay walkthrough from E3 2016.

Civilization VI offers new ways to engage with your world: cities now physically expand across the map, active research in technology and culture unlocks new potential, and competing leaders will pursue their own agendas based on their historical traits as you race for one of five ways to achieve victory in the game.

See the marvels of your empire spread across the map like never before. Each city spans multiple tiles so you can custom build your cities to take full advantage of the local terrain.

Unlock boosts that speed your civilization’s progress through history. To advance more quickly, use your units to actively explore, develop your environment, and discover new cultures.

Interactions with other civilizations change over the course of the game, from primitive first interactions where conflict is a fact of life, to late game alliances and negotiations.

Expanding on the “one unit per tile” design, support units can now be embedded with other units, like anti-tank support with infantry, or a warrior with settlers. Similar units can also be combined to form powerful “Corps” units.

In addition to traditional multiplayer modes, cooperate and compete with your friends in a wide variety of situations all designed to be easily completed in a single session.

A CIV FOR ALL PLAYERS

Civilization VI provides veteran players new ways to build and tune their civilization for the greatest chance of success. New tutorial systems introduce new players to the underlying concepts so they can easily get started.

DOOM Dev: Going Forward, Compute Will Be Used More Extensively for idTech 6; More Developers Will Take Advantage of It