We've already told you about NVIDIA's latest offering targeted towards the low end of the GPU market; GeForce 310 and now AMD seems to have followed suit with Radeon HD 5670. 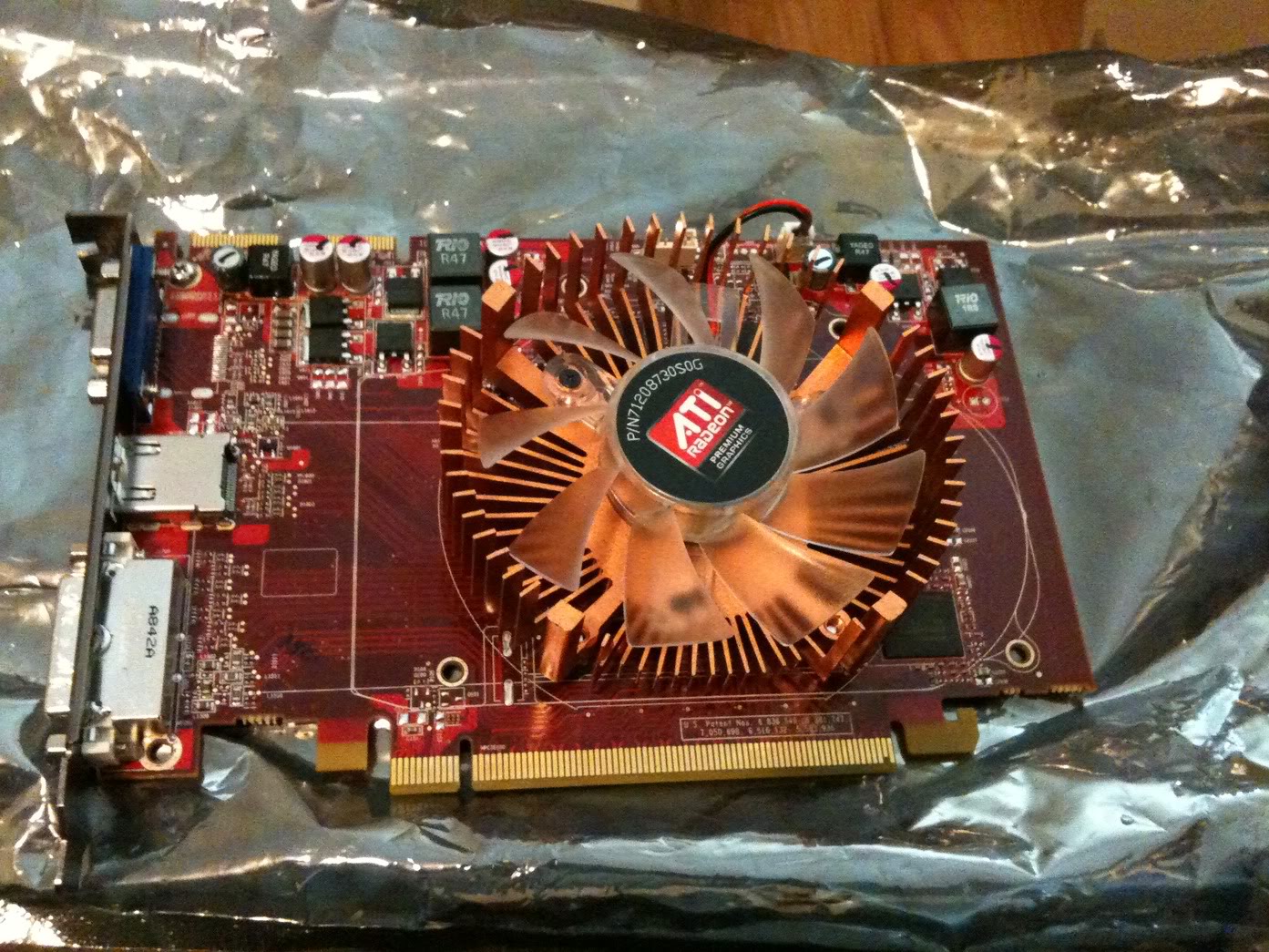 A community member at HardForum has posted pictures of what appears to be the upcoming Radeon HD 5670, a sub-$100 card with DirectX 11 support that's slated for a Q1 2010 launch.

The HD5670 with its low-profile, cheap manufacturing costs and low power consumption at peak and idle - makes it a very attractive proposition for light gaming machines, HTPCs and mid-range laptops. 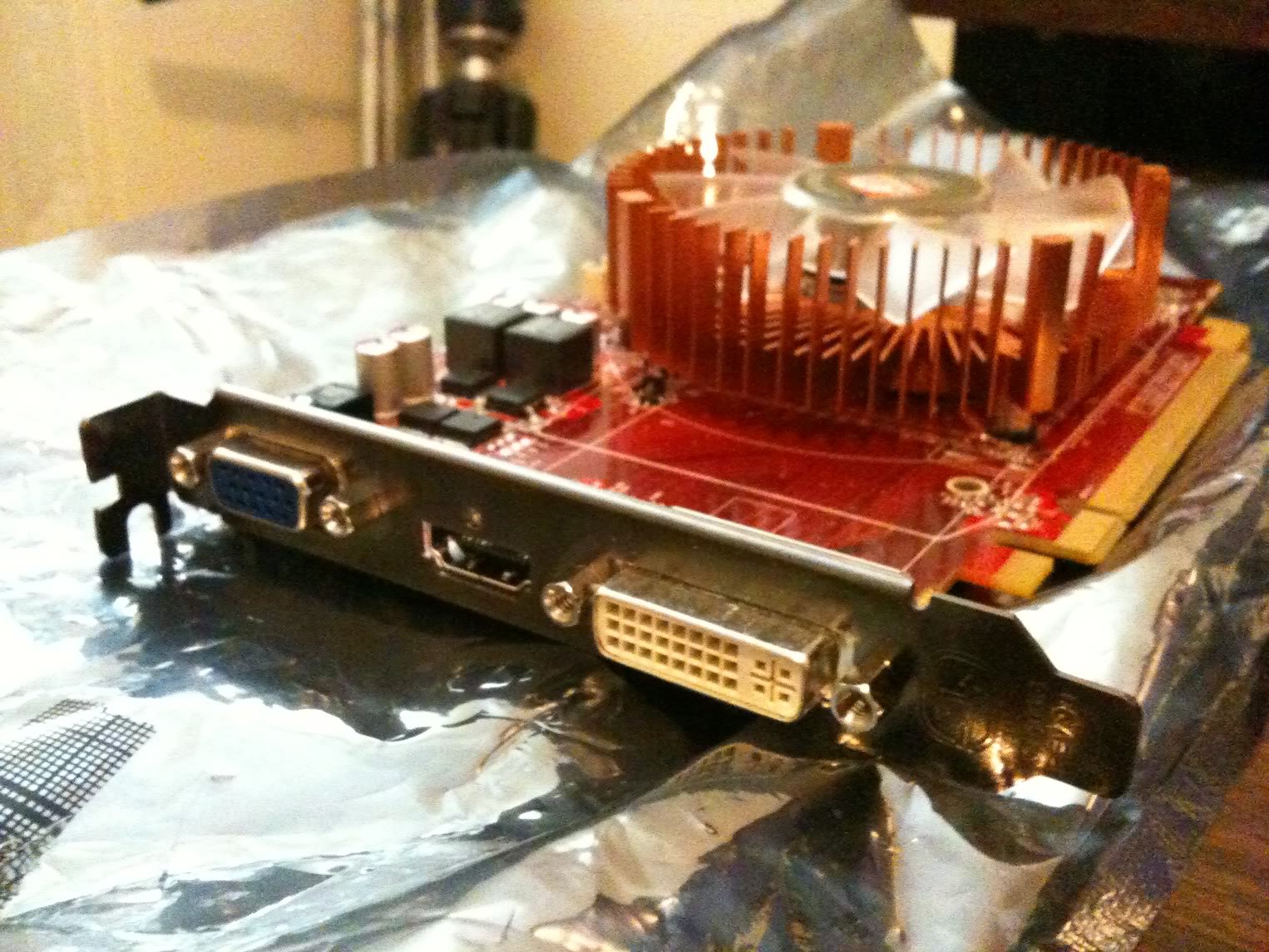 DVI, HDMI and VGA. No DisplayPort

Following are the card's specifications, as per the user on HardForum. 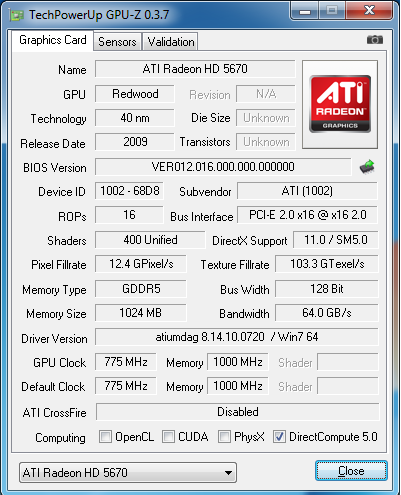