AMD (NASDAQ: AMD) Upgraded by JP Morgan (NYSE: JPM), Cowen (NASDAQ: COWN) and a Host of Other Wall Street Behemoths on the Back of Stellar Q1 2020 Earnings 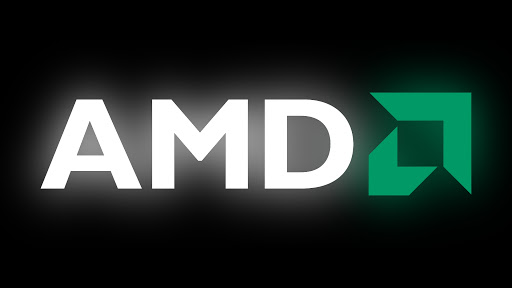 As a refresher, for the three months that ended on the 31st of March 2020, AMD earned $1.79 billion in revenue, marking an annual increase of 41 percent and largely in line with the consensus revenue estimates. Notably, the chipmaker’s gross margin computed at a healthy 46 percent, registering a growth of 5 percent relative to the comparable quarter of 2019. As far as the guidance is concerned, AMD expects to earn $1.85 billion (+/- $100 million) in the second quarter of 2020. This guidance marks a 21 percent increase over the revenue reported by the company in the second quarter of 2019. Interestingly, even though the Q2 2020 revenue guidance is generally in line with the previous consensus estimate of $1.95 billion, this projection was below the recent midpoint of expectations. For the entire 2020, AMD now expects to generate growth in revenue of 25 percent, with an upside potential of registering a 30 percent growth for the full year.

Crucially, these results place AMD in an exclusive club comprising of a handful of companies that expect to generate healthy growth even amid the deteriorating macroeconomic environment due to the ongoing coronavirus (COVID-19) pandemic.

This brings us to the crux of the story. Today, Mizuho (TYO:8411) analyst Vijay Rakesh raised AMD’s stock price target from $55 to $59, marking an upside potential of 8.38 percent relative to the current pre-market price level. According to Rakesh, even though the relatively subdued guidance could be a "modest disappointment" for investors, he noted that AMD’s server offerings registered a healthy “double-digits” quarter-over-quarter revenue growth.

Northland analyst Gus Richard increased AMD’s stock price target from $52.5 to $67.5, marking an upside potential of 24 percent relative to the current pre-market price levels. The analyst also maintained an ‘Outperform’ rating for the stock, believing that AMD’s market share gain thesis remains intact. However, the analyst did concede that the ongoing coronavirus pandemic does create incremental headwinds for the chipmaker. According to Richard, the stock’s near-term appreciation is unlikely. Nonetheless, the long-term appreciation in the chipmaker’s stock will now be driven by the estimated 2022 EPS of $2.25.

Adopting a more cautious tone, however, JP Morgan (NYSE:JPM) analyst Harlan Sur raised AMD’s stock price target from $45 to $52 while maintaining an overall ‘Neutral’ rating. The analyst noted a moderating impact on AMD’s share price growth as Intel’s server chips – built on the 10nm node – arrive later this year. Also, following the stock’s strong year-to-date performance, the analyst said that he would not be surprised if the stock were to “trend sideways” in the near-term.

Similarly, Cowen (NASDAQ:COWN) analyst Matthew Ramsay observed that AMD’s lowering of guidance was not a surprise. However, he said that his own checks provide confidence that the company's long-term turnaround journey remains intact. The analyst insisted that AMD needs to deliver in the server revenue sphere. Consequently, Ramsay maintained an ‘Outperform’ rating and a $60 price target for AMD’s shares.