We have just received the entire lineup of the Mobile Kaveri Series along with the Crystal Series Mobile GPU. For those unfamiliar with the nomenclature the Crystal Series GPUs are the dedicated, low to mid, mobile GPUs from AMD. We have quite a bit of info to share with out readers in this post, so buckle up. 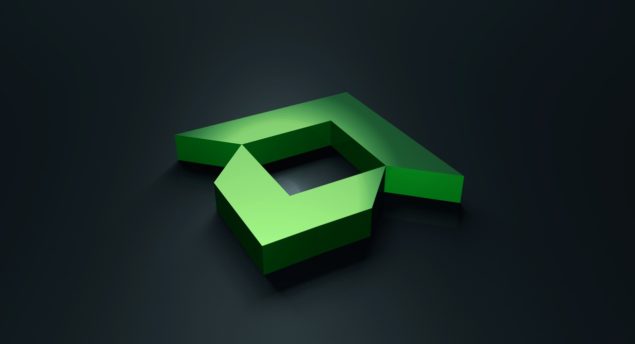 Now you would be forgiven for never having heard about the FX-7600P. That is because the flagship of the Mobile Kaveri Series is an OEM Only Product. The consumer products actually start from the A10-7400P and consists of a total of 7 APUs in descending orders of power. We also received some very interesting the benchmarks, namely the mobile Kaveri series pit against the not-released-yet Haswell Refresh.  These will be posted in another post within 24 hours (helps create suspense eh). The OEM flagship consumes 35Ws of juice (CPU + GPU) and is built on the Radeon R7 series.  The CPU is clocked at 2.7Ghz with a boost clock of 3.6 Ghz. The GPU is clocked at 600 Mhz with 666Mhz boost and has 512 GCN Cores. The FX-7600P houses 4MB of L2 Cache.  The Retail flagship A10-7400P consumes the same amount of power but only has 384 GCN Cores along with lower CPU clock rates. It is built on the Radeon R6 Series. We also have 4 ULV APUs, namely the FX-7500, A10-7300, A8-7100 and the A6-7000. The complete lineup is given below:

Lets move on to the dedicated mobile GPUs that AMD has released alongside the Mobile Kaveri. It goes without saying that we are not expecting anything new in terms of architecture. The high end chips of the Crystal Series use the Opal core, with the Topaz and get Jet Following behind. For those that do not know, The Suffix 'XT' signifies a full, non-crippled die, while as PRO is your standard configuration. So an Opal XT> Opal Pro>Topaz XT and so on. However we see a relatively new suffix the JET ULT Core. Now sadly at the moment i do not have information regarding the exact wattage, but it goes without saying that you can expect it to have super-less draw. All the Crystal Series GPUs use the DDR3 Memory and have the Prefix 'M'. The Crystal Series GPUs only come in Radeon R5 and Radeon R7 GPU Series. Also the R7 M260 and R5 M230 will come in two variants, detailed in the table below. 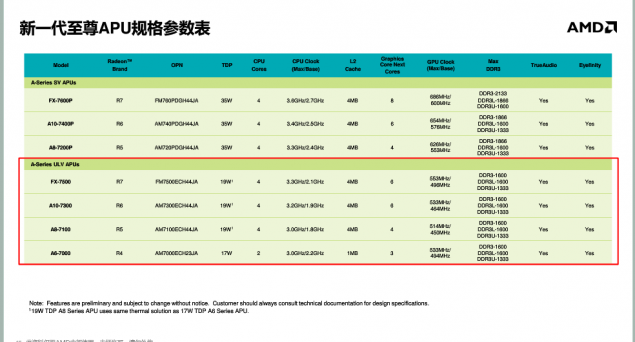