AMD has secretly released 3 SKUs targeted at the lower spectrum of the APU market. More specifically the vacuum left by the Kaveri Dual Cores which are coming out sometime in the second quarter of 2014. All of the SKUs have 65 Watt TDP and should be available in US Retailers very soon. There is, as of yet, no word on pricing but should be less than the $150 mark. 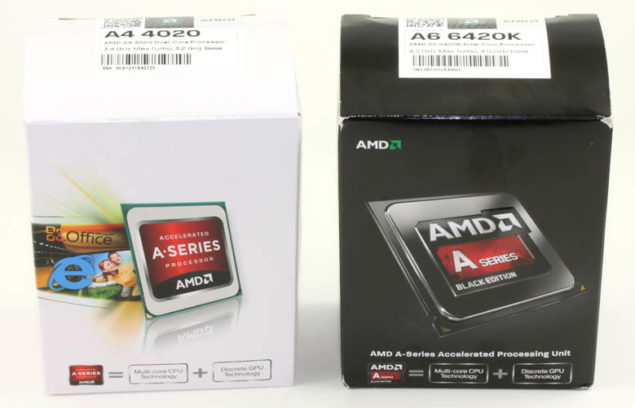 As you would know, Kaveri APU was released some time ago. However all SKUs currently available (or very recently anyways) consisted of APUs with 4 Cores and a price point of $150 and above. There was a vacuum left by the absence of Kaveri APUs with 2 Cores and it is this vacuum that AMD has filled by rolling out 3 APUs from the A4 and A6 series of Accelerated Processing Units. Do note that there are already preceeding models of these SKUs so this is more like a refresh. The APUs released, namely the A4-4020, A4-6320 and A6-6420K all have 2 Cores, 65 Watt TDP and 1MB of L2 Cache. All SKUs contain the Piledriver instruction set including AES, FMA and AVX.