There have been some really interesting update regarding AMD's next generation of accelerated processing units this month. We know what kind of architectural enhancements Kaveri would feature and its Excavator based new  successor codenamed "Carrizo" that arrives in 2015. Chinese portal of VR-Zone has a good news regarding AMD future generation platform which confirms that the FM2+ Socket would support the entire APU lineup uptill 2015. 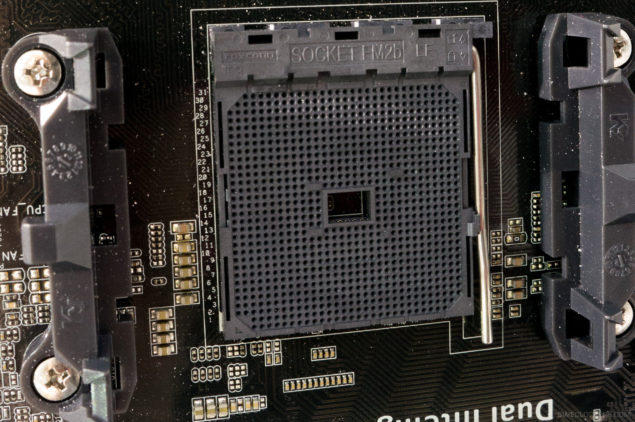 AMD's FM2+ socket motherboards have already started making appearances such as the recently announced A88XM-A and A55BM-A from ASUS. Now the first thing that's interesting to point out is that both Richland and Trinity APUs would be compatible with the FM2 and FM2+ socket motherboards, AMD's Upcoming Kaveri APU would also feature compatibility with the FM2+ socket based around the A88X "Bolton D4 FCH". Now we just recently got to know about AMD's Carrizo APU and it has also been confirmed to feature support with the FM2+ socket expanding the life of current FM2+ based boards. This is a nice decision since it would save alot of money since consumers won't have to cash in on a separate socketed boards instead just equip their new processors on a motherboard which they already own.

There are however reports that Carrizo revisions of the FM2+ motherboard may feature DDR4 memory support. This means that instead of DDR3 DIMM slots, users would have to use the more faster DDR4 memory schemes so it could be said that both DDR3 and DDR4 FM2+ motherboard solutions would be available to consumers. Its not known if Carrizo revisions of the FM2+ socket boards would feature anything else beside DDR4, such as let's say PCI-e 4.0 and SATA Express which are going to be included in Intel's Skylake platform in 2015 and Haswell-E by the end of 2014. It remains to be confirmed but if it actually happens than those looking forward to the extra feature might definitely have to spend cash for the new motherboard revisions.

AMD’s Carrizo APU is Kaveri successor and has been confirmed by VR-Zone to feature the latest Excavator core architecture from AMD. Excavator would push x86 performance to new heights and is itself going to replace the 28nm Steamroller architecture that would be fused on the Kaveri, Berlin, FX Processors (Not confirmed) and next iteration of Opteron Enterprise processors.

On the GPU side, its not know what kind of architecture would be implemented as part of the Radeon core. By 2015, AMD will have released their Volcanic and Pirate Island (20nm) chips so they have the option to choose from either of those but if i was to take a wild guess at it, i would see the Volcanic Islands to be fused along side the Excavator core. It should be noted that Volcanic Islands discrete GPUs are also arriving for desktop PCs in Q4 2013, possibly October codenamed “Hawaii” delivering the next generation of visual and compute performance for gamers and enthusiasts. Kaveri APU on the other hand would be equipped with the current Southern Islands GCN cores with upto 512 stream processors pitting its performance close to current entry level discrete graphic cards. More on Carrizo can be seen here.