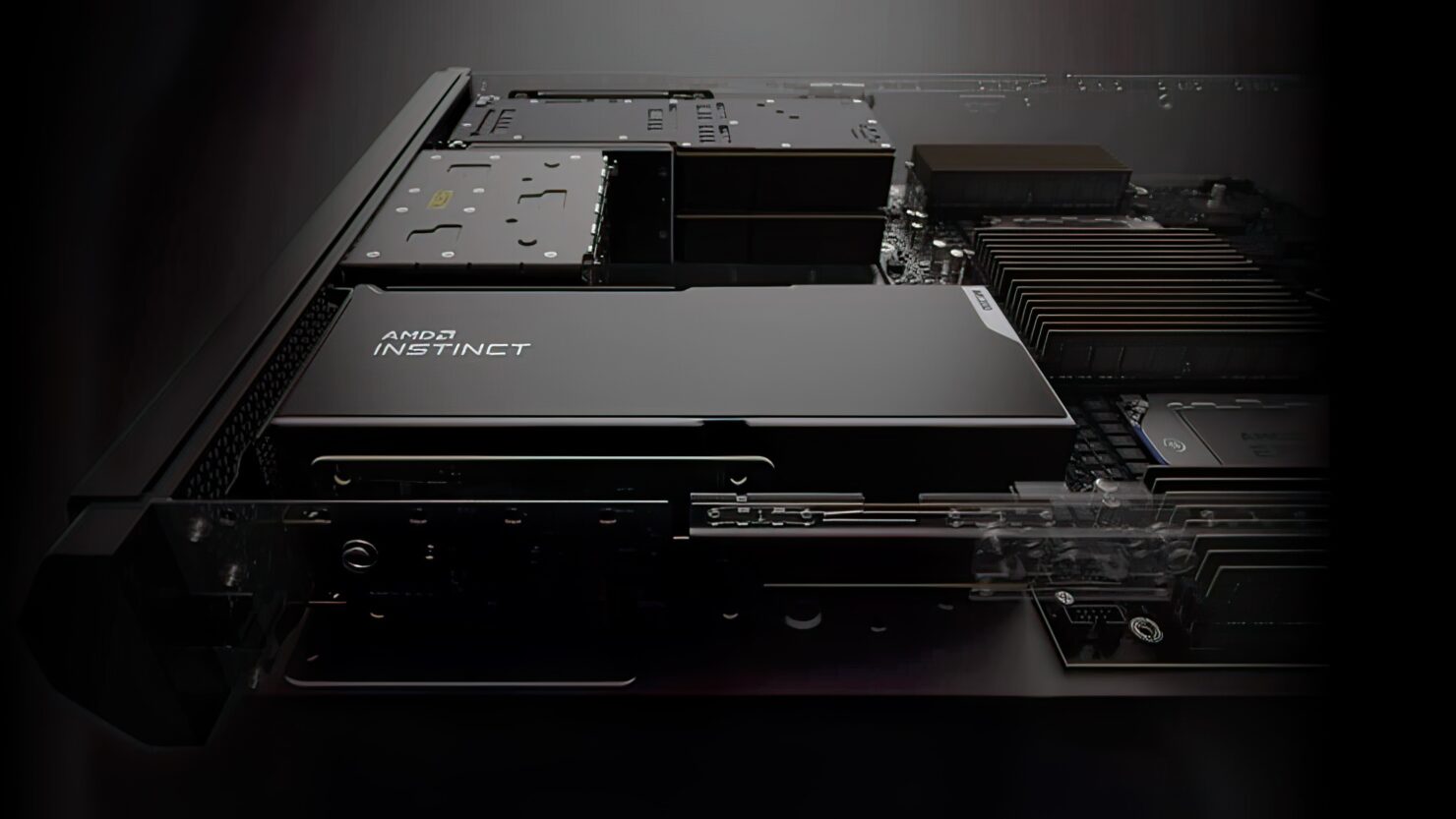 Last month, AMD expanded its Instinct MI200 lineup with the latest Mi210 GPU accelerator, a PCIe variant with 64 GB of HBM2e memory. So far, AMD hasn't confirmed any price and stated March availability for the cards but it looks like Japanese HPC and server users will be getting the card this month for a price exceeding $15,000 US.

Unlike the MI250 accelerators, the AMD Instinct MI210 features a single-chip design based on the same TSMC 6nm process node that its MCM siblings utilize. In terms of specifications, the Instinct MI210 features a single GCD. The single GCD is equipped with 104 CUs out of the 128 CUs featured on the Aldebaran chip. Even the higher-end MI250X features just 110 CUs enabled per die for a total of 7040 stream processors. The MI210 is housing 6656 stream processors.

In addition to the core count, the AMD Instinct MI210 also rocks 64 GB of HBM2e memory running across a 4096-bit bus interface which is half the amount of the Instinct MI250X but twice the memory capacity of the Instinct MI100 and that was the flagship just a few months ago until it got replaced by the MI250 series.  The clock speeds are rated at 1700 MHz (Peak Engine Clock) while the memory operates at 1600 MHz. The memory bandwidth for the GPU is rated at 1638.4 GB/s.

As for the compute horsepower, the Instinct MI210 delivers 181 TFLOPs of peak FP16, 45.3 TFLOPs of peak FP32 Matrix, and the same amount for FP64 Matrix calculations. The bfloat16, INT8 & INT4 numbers are rated at 181 TOPs/TFLOPs. The standard non-Matrix FP64/FP32 is rated at 22.6 TFLOP which is obviously lower than the MI250X series. The GPU has a TBP rating of 300W and requires a single 8-pin connector to boot.

The AMD Instinct MI210 GPU accelerator is priced at a staggering $16,500 US in Japan. (Image Credits: Ask-corp)

According to the Japanese outlet, Ask-corp, the AMD Instinct MI210 is scheduled for market release this month and will be available at an expected market price of 2,087,800 Yen (Tax Included). This converts to $16,485.65 US which is just a staggering amount. The official MSRP has not been really disclosed yet but based on this, it can be expected above $10,000 US.

Now we know that our audience will be comparing this number to consumer graphics cards such as the RTX 3090 Ti which can cost anywhere between $4500 to $5500 US but Instinct card is a whole different beast. It's designed for the HPC segment and offers much more compute horsepower and 24/7 stability that the gaming cards aren't designed to offer. The Instinct MI210 will come in the standard FHFL form factor and be enclosed in a dual-slot shroud without any active cooling solution since it is designed for servers with their own cooling hence the passive approach.