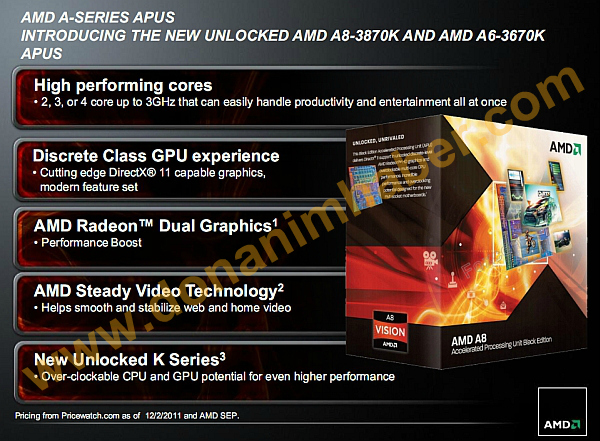 Despite the earlier setbacks faced by AMD on their Bulldozer architecture, they are yet churning out another processor for its Fusion line, the 6 Core FX-6200 APU releasing this 26th December. The latest update to AMD’s Fusion family is coming in this December with unlocked multipliers and referred to as the ‘K-series’. 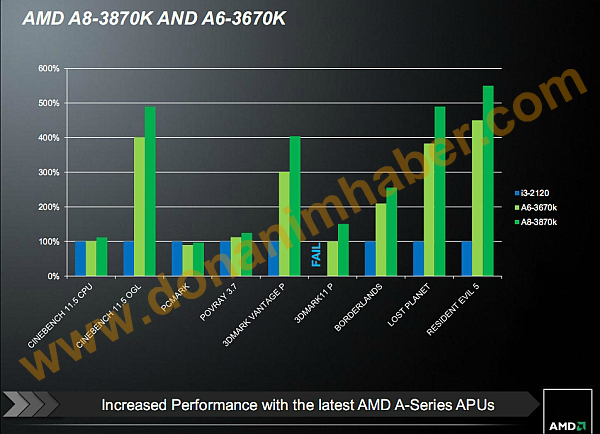 Two new Fusion quad core CPU’s are also coming into the market known as the A8-3870K and the A6-3670K respectively. Technical specs include a default clock speed of 3 GHz, dual channel DDR3 support, 4MB Level 2 in terms of cache and ships with a Radeon HD 6550HD as the integrated graphics unit. The iGPU with its 400 parallel processing units is clocked at 600MHz and is DirectX 11 supported. The retail price has been set to $135.