A video demonstration of AMD's upcoming Fusion based Llano chips have been leaked. The video shows a side to side comparison of AMD's Llano chip with Intel's Top of the Line Sandy bridge CPU (i7 2600K). The Llano chip used is a Quad Core model codenamed A8-3510MX which features an AMD Radeon HD 6620M graphics processing unit against the i7 2600k's HD 3000 Graphics chip. The Llano chip features a clock speed of 1.8ghz with turbo upto 2.5Ghz which is about half the clock speed of the 2600K which runs at 3.4Ghz and turbos upto 3.8Ghz but still the Llano chip outperforms it.

The benchmarks demonstrate the compute capacity of both chips and to make it a fair comparison, Same hardware was used for both setups which include a 1366x768 resolution monitor, 4GB DDR3 ram @ 800mhz, 500GB HDD and Windows 7 64-bit OS. You can check out the demonstration video below:

The benchmarks include SuperPi in which the Llano chip is outperforming the faster clocked i7 2600 by 1M digits. A GPU benchmark and High Quality Video is also played simultaneously which shows remarkable results. The Quality of the Video on Llano is much better and is giving smoother playback against the Sandy Bridge chip. Also the GPU benchmark seems to be lagging on the Intel side running at a max of only 3.99 FPS while the Llano chip runs at 19.21 max FPS which is way better for Multi tasking needs.

The Radeon HD 6620M could be the real deal behind the smooth video playback and higher FPS in benchmark as its much better than the Intel's HD 3000 Graphics chip. The CPU itself performing better in a benchmark where Intel leads by a mile is something mind boggling. Llano APU is only going to consume lower power than most Quad Core CPU's making it ideal for notebooks so they can perform efficiently with longer life times.

AMD also plans to release its Zambezi based Bulldozer based CPU's soon which you can check out here. 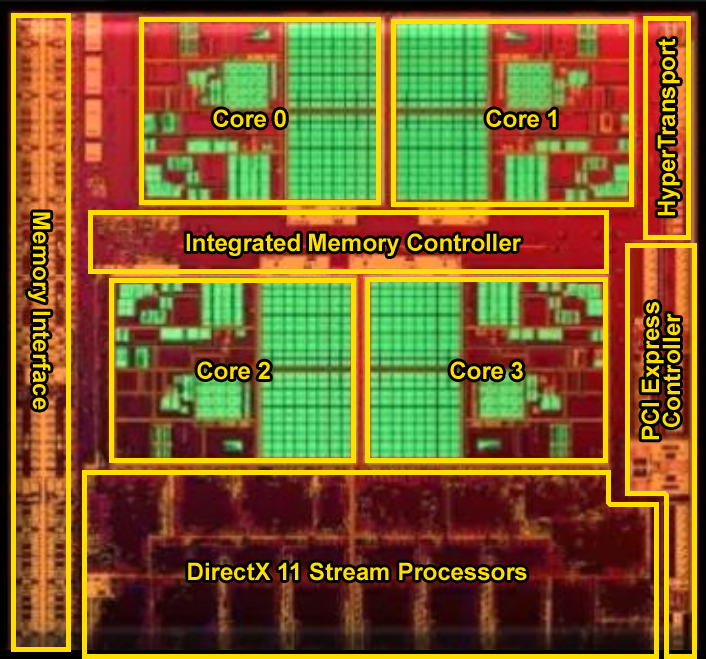 More on AMD below: