After The SP5 Socket, AMD’s EPYC Genoa CPU With 12 Next-Gen Zen 4 CCDs on 5nm Node With Up To 96 Cores Pictured 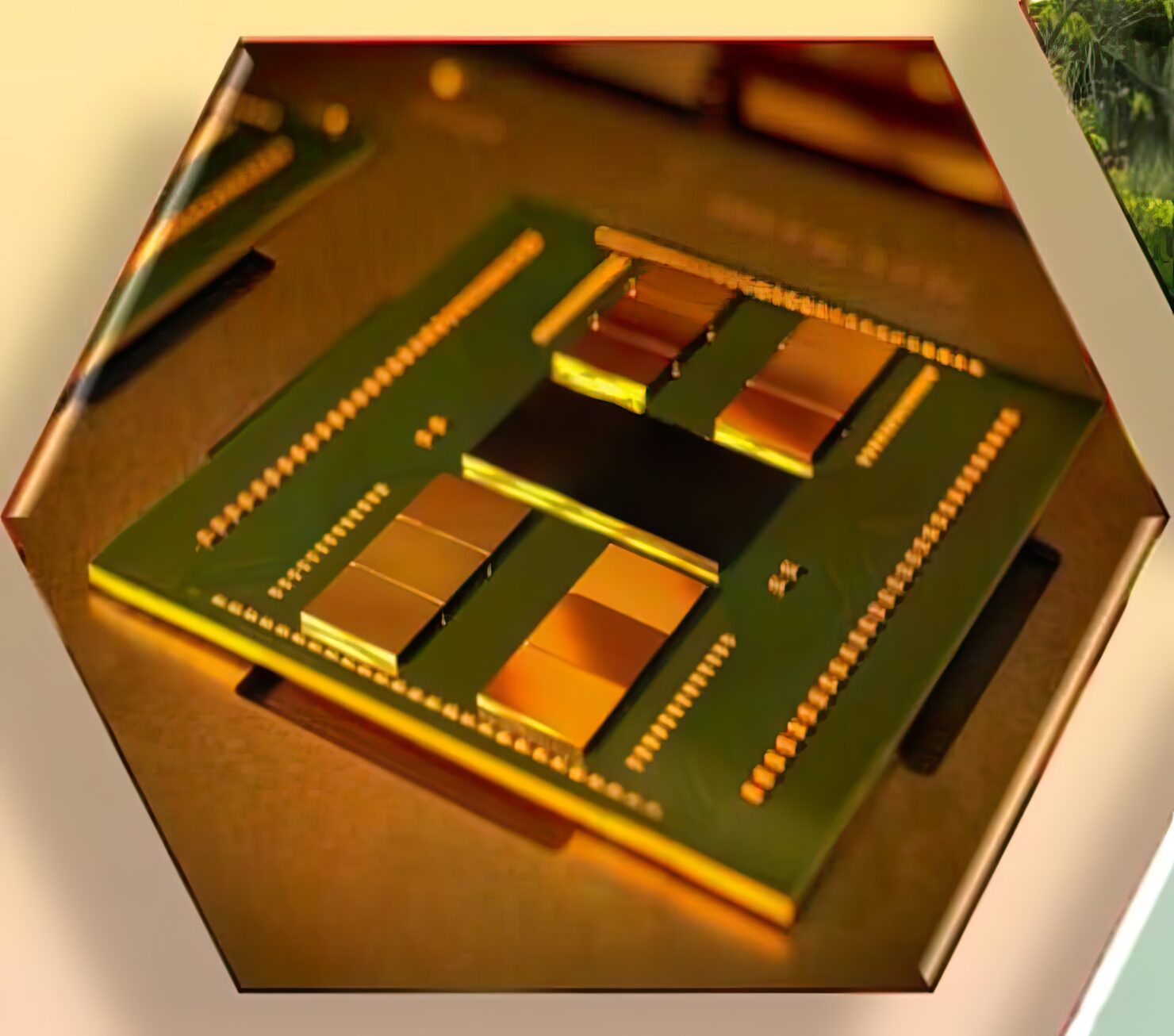 Just a day after AMD's SP5 socket was pictured, the first picture of the EPYC Genoa CPU in its full-fat 12 Zen 4 CCD configuration has been pictured.

Discovered within the TF AMD Microelectronics publication and discovered by @phatal187, the image shows an undisclosed AMD EPYC Genoa CPU without its massive heat spreader. This chip features a total of 12 CCD's and while we don't know how many of them are enabled on this part, such configurations will offer up to 96 cores and 192 threads. There is also the massive IO die and a lot of capacitors on the interposer which will fit on the massive LGA 6096 package. 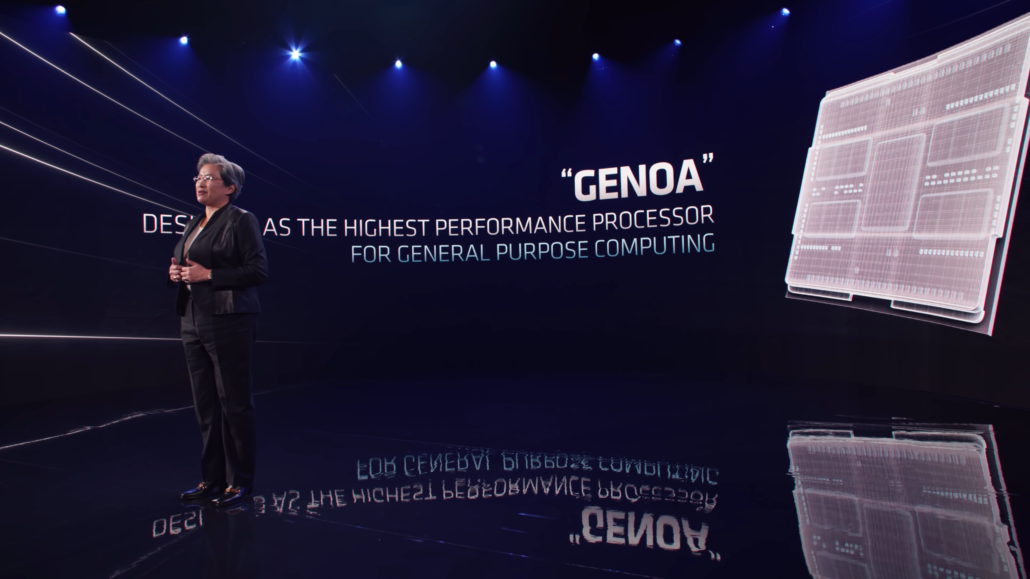 Here's Everything We Know About the AMD SP5 & EPYC Genoa Server Platform! 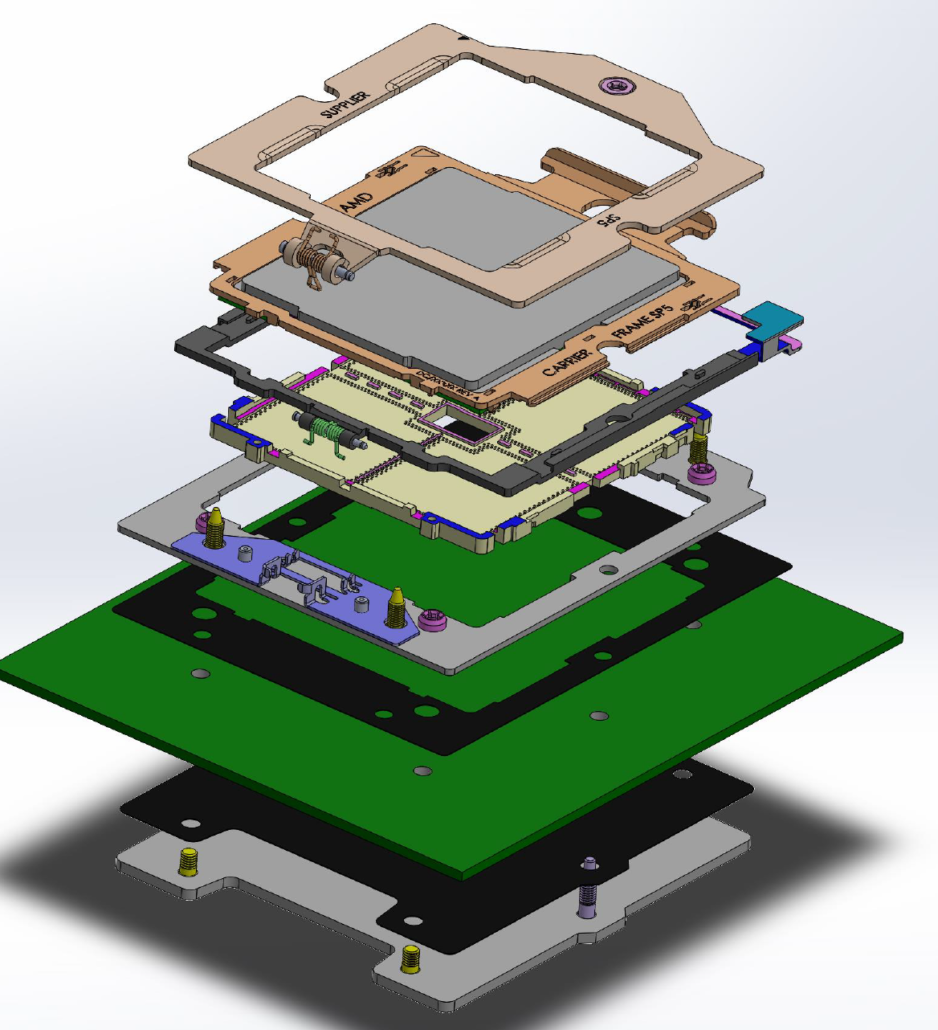 The socket will support AMD's EPYC Genoa and future generations of EPYC chips. To get to 96 cores, AMD has to pack more cores in its EPYC Genoa CPU package. AMD is said to achieve this by incorporating a total of up to 12 CCD's in its Genoa chip. Each CCD will feature 8 cores based on the Zen 4 architecture. That aligns with the increased socket size and we could be looking at a massive CPU interposer, even larger than the existing EPYC CPUs. The CPU is said to feature TDPs of 320W which will be configurable up to 400W. You can find more details regarding the SP5 platform here.

The physical chip is a gargantuan on its own with one of the largest CPU packages ever as pictured below: 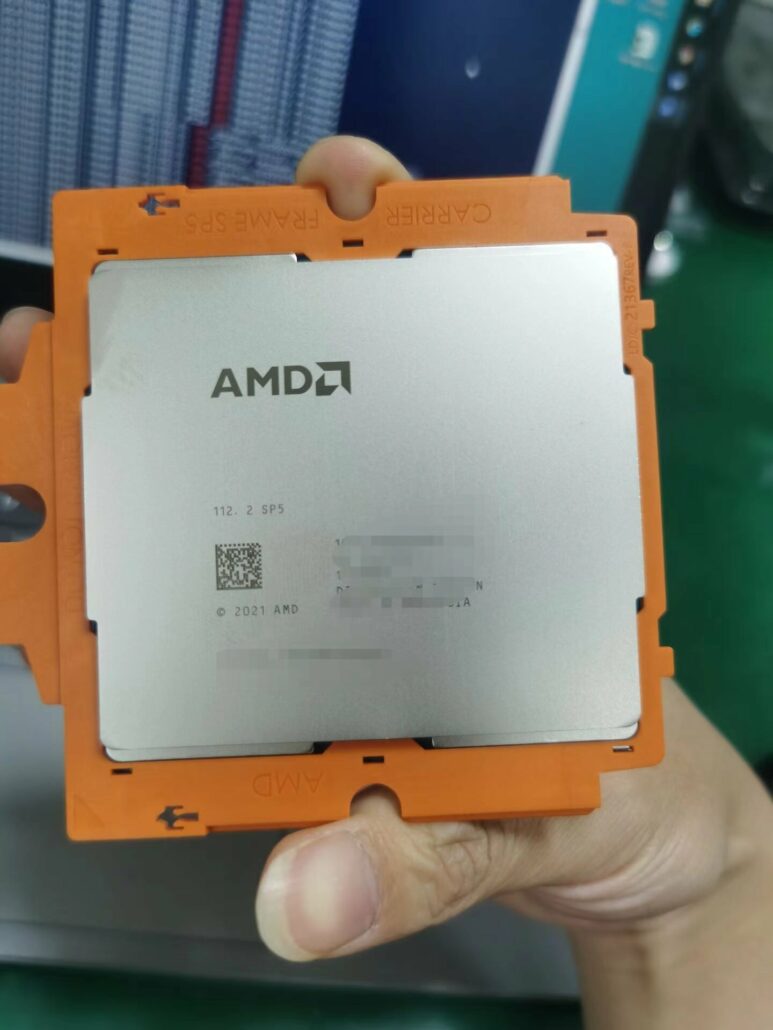