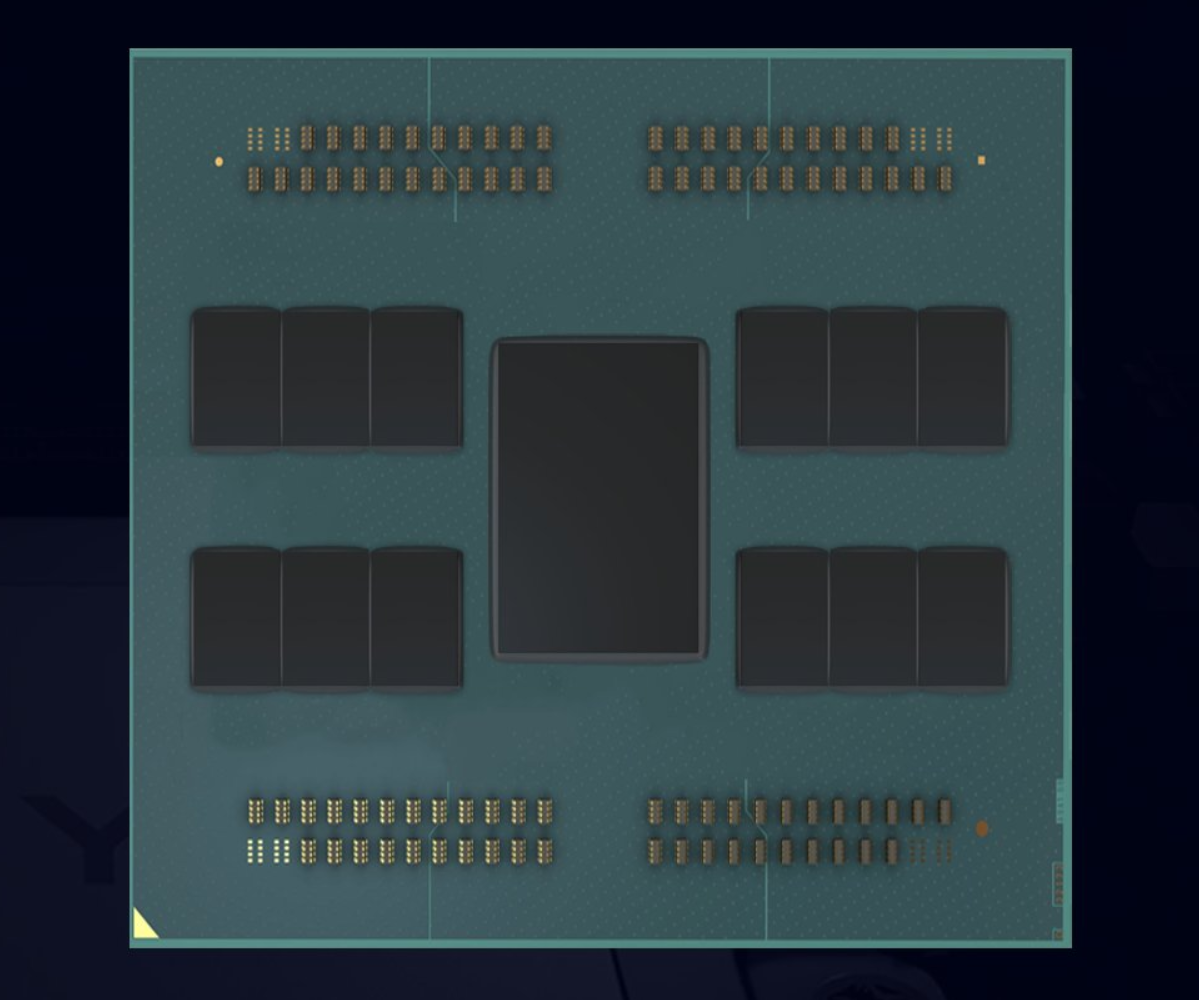 Two brand new AMD CPU families have been unearthed by the rumor mill which includes a 5nm Zen 4 powered EPYC lineup and a 7nm Zen 3 powered Athlon APU lineup. These families are very different than anything we have seen so far nor we have heard about them as much so let's see what's the whole deal about.

First up, the AMD EPYC Bergamo chips are mentioned by Moore's Law is Dead while the Monet APUs are mentioned by RedGamingTech. Both sources provide a good amount of data in their respective videos to support their claims but we should still take them with a slight grain of salt until confirmed by AMD.

There have been quite a few rumors going on about AMD's EPYC Genoa being 128 core but it's time to put that to rest. Based on MLID's information, the AMD EPYC Genoa lineup will feature TSMC's 5nm process-based Zen 4 cores and a total of 96 of them. From what we can tell, AMD might have evaluated or tested Genoa with 128 cores internally but seemed to have feature 96 cores on the final design. The 96 core Genoa chips are what will compete against the non-HBM Sapphire Rapids Xeon CPUs. 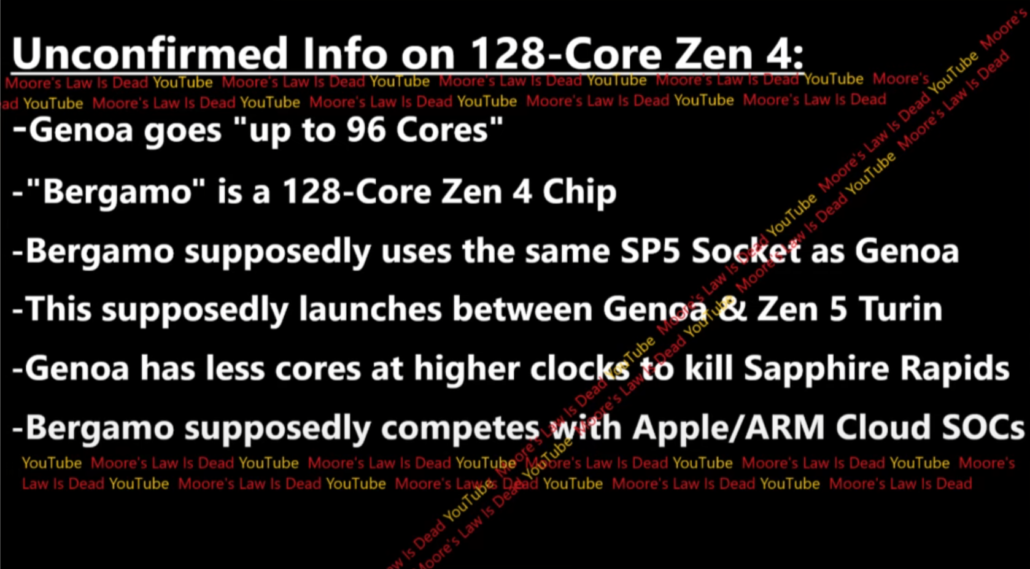 But soon after Genoa, AMD is expected to launch another Zen 4 based server lineup known as Bergamo. The EPYC Bergamo chips will be featuring up to 128 cores and will be aiming the HBM powered Xeon chips along with server products from Apple and Google with higher core counts (ARM architecture). MLID explains that both Genoa and Bergamo will utilize the same SP5 socket and the main difference is that Genoa is optimized for higher clocks while Bergamo is optimized around higher-throughput workloads.

The next family to talk about is the entry-level APU lineup. AMD's Athlon 3000 Mobility APUs are currently based on the Dali design but their successor is reportedly going to be Monet. The leak suggests that Monet will utilize the 12nm Zen 3 core architecture & will power entry-level mobile solutions such as ultra-thin laptops. The key difference is that AMD will be utilizing GloFo's 12nm process node instead of TSMC's 7nm process. Currently, all Zen 3 chips are based on the TSMC 7nm node which means this would be the first outing of Zen 3 on a node other than TSMC. The company is claimed to utilize the GlobalFoundries 12LP+ process.

As for specifications, these entry-level mobility APUs will feature up to 4 cores and 8 threads. They will feature support for LPDDR4/X memory and also adopt RDNA 2 graphics architecture which is also going to be based on a similar 12nm process node. The APUs are expected to feature 2-4 CUs for a total of 128/256 cores. As for clock speeds, they will lack in comparison to 7nm parts so don't expect the chips to clock as high as the standard Zen 3 APUs. Again, these specifications are also a rumor since they are based on Olrak's speculation but they do look plausible:

Preliminary info about Monet (w/ speculation on my side) sauce: @RedGamingTech pic.twitter.com/2Hv46EGvKm

The main reason to move entry-level chips to a different fab is clearly to avoid supply issues in the future. The Athlon lineup is aimed at the mass consumer segment so while TSMC is currently overly constrained, putting some chips on GloFo sounds like a good idea.