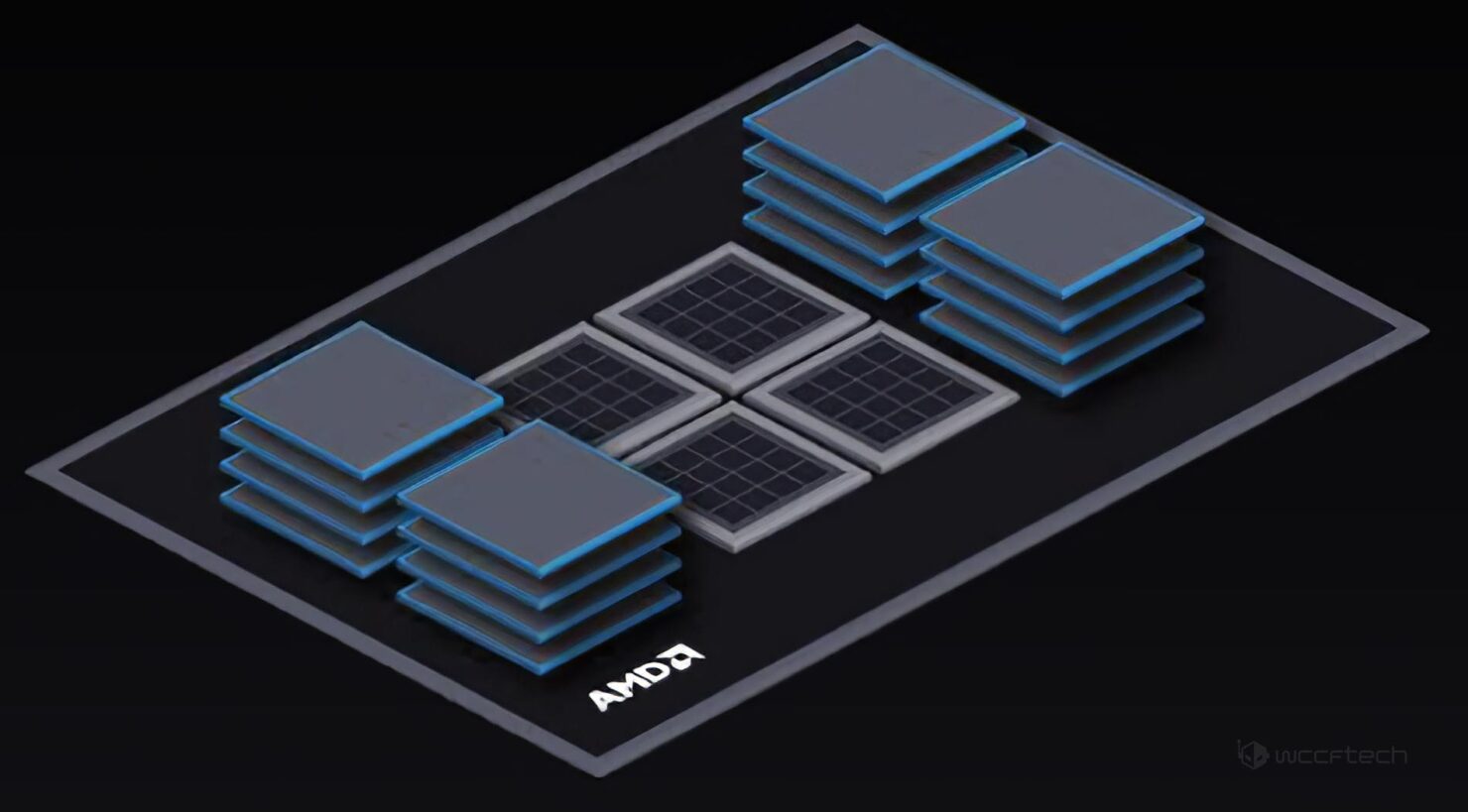 Almost four years ago is when we first caught wind of AMD's ambitious Exascale Heterogeneous Processor (EHP). The concept was simple: it would combine a resounding 32 cores with Greenland graphics and HBM memory onboard. Fast forward 4 years, AMD has easily delivered on its 32-core dream but an APU of that scale remains elusive. If you thought the company had given up work on its EHP ambitions, here is some great news for you: they haven't.

Twitter user Underfox discovered a treasure trove of patents indicating that AMD's EHP project is very much alive and kicking. In fact, the packaging that would allow the EHP to be constructed, namely X3D, was also demoed in a recent presentation on March 5, 2020. While most of the patents are highly technical there are some very interesting tidbits in there including one for dynamic memory management. AMD has already introduced a plethora of smart shifting (pun intended) technologies to handle constrained thermal and power envelopes in SoCs and dynamic memory management is something that would be a logical continuation of this optimization philosophy.

This is HUGE step in the development of AMD's new generation of GPUs... This is one of the foundations for EHP.

While AMD has rolled out CPUs with massive core counts all the way up to 64 cores using their MCM philosophy, they have yet to do the same with a GPU. A chip that combines an MCM CPU with an MCM GPU (plus HBM) onboard a single X3D package will be an immensely useful chip that could well go on in the exascale data centers of tomorrow. While there is currently no supercomputing cluster that is exascale (ignoring distributed computing platforms like Folding@Home), if AMD delivers on its EHP ambitions, we would not only see numerous exascale locations go up but cheaply!

If you look at AMD's old diagram for the EHP, you will notice that the company has already delivered half of it in the form of its Rome and Naples platform (32 Cores at that time were almost certainly exascale territory). This is why we have to keep in mind that even if these patents don't necessarily trickle into an EHP immediately, they will trickle down into consumer products that are a derivative of the same. I am very much looking at AMD to roll out an MCM-based design within a year or two and once we have that an EHP chip becomes inevitable.

Another thing the patents mentioned were a heterogeneous approach to deep learning for AI acceleration. Maintaining coherency in deep learning networks and reducing latency is key to a successful enterprise chip nowadays and it appears that even in this area, AMD's Exascale Heterogeneous Processor (EHP) will be a monster. For any engineers reading this, I would encourage you to go through the patent list compiled by Underfox and see the complete list of technical features for yourself.

With Intel already on the path to building an MCM based GPU (the Intel Xe HP), I would expect AMD to have already started working on their own design as well (if they didn't a long time back). The MCM GPU wars are not just a possibility - in my opinion - they are an eventuality and with reduced individual die sizes and increased economies of scale comes the standard reduction in the cost of computing power that has marked these last couple of years. Relentless innovation is always a sight to behold and I for one can't wait to see the first such GPU.