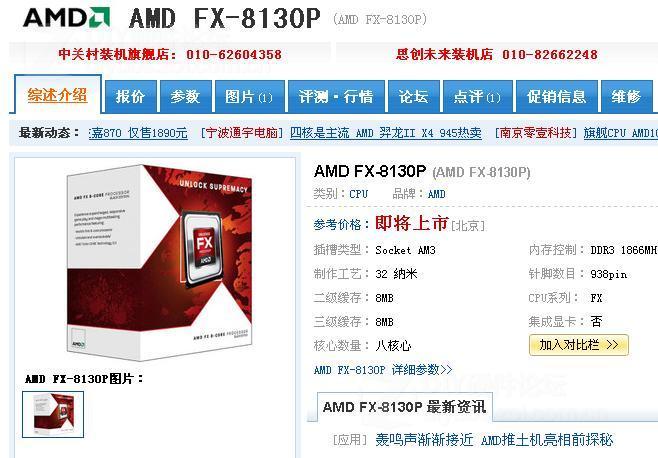 Recent reports show that AMD might be delaying its upcoming Bulldozer based Zambezi-FX processors which would mean a hear hit to the fans which were anticipating the new chips. A July Launch Schedule has been planned as reported by AnandTech. However, We've got some good news. A Chinese Hardware selling site has put up an AMD bulldozer FX-series processor up for sale.

The pricing of the chip is similar to what we reported in the leaked information chart here. The chart listed the FX-8130P for 320$ which is 10$ more than Intel Core i7 2600K while the price being reported by the site is lesser at 1998.0 Chinese Yuan which is around 310$. The site has been reported credible by a few other sources, You might want to check it out for yourself here.