A Chinese site has managed to get performance screenshots and details of AMD's upcoming Bulldozer based FX-8110 processor in 3D Mark Vantage Benchmark. As detailed here, The FX-8110 Processors consisting of 8 Cores and 8 threads runs at as stock core clock of 3.6Ghz which can turbo upto 4.0Ghz and consumes around 95W TDP featuring an L3 Cache of 8Mb. The pricing chart which leaked here details that the FX-8110 would cost 290$ which is 20-30$ lesser than Intel's top Sandy Bridge offering "i7 2600K". 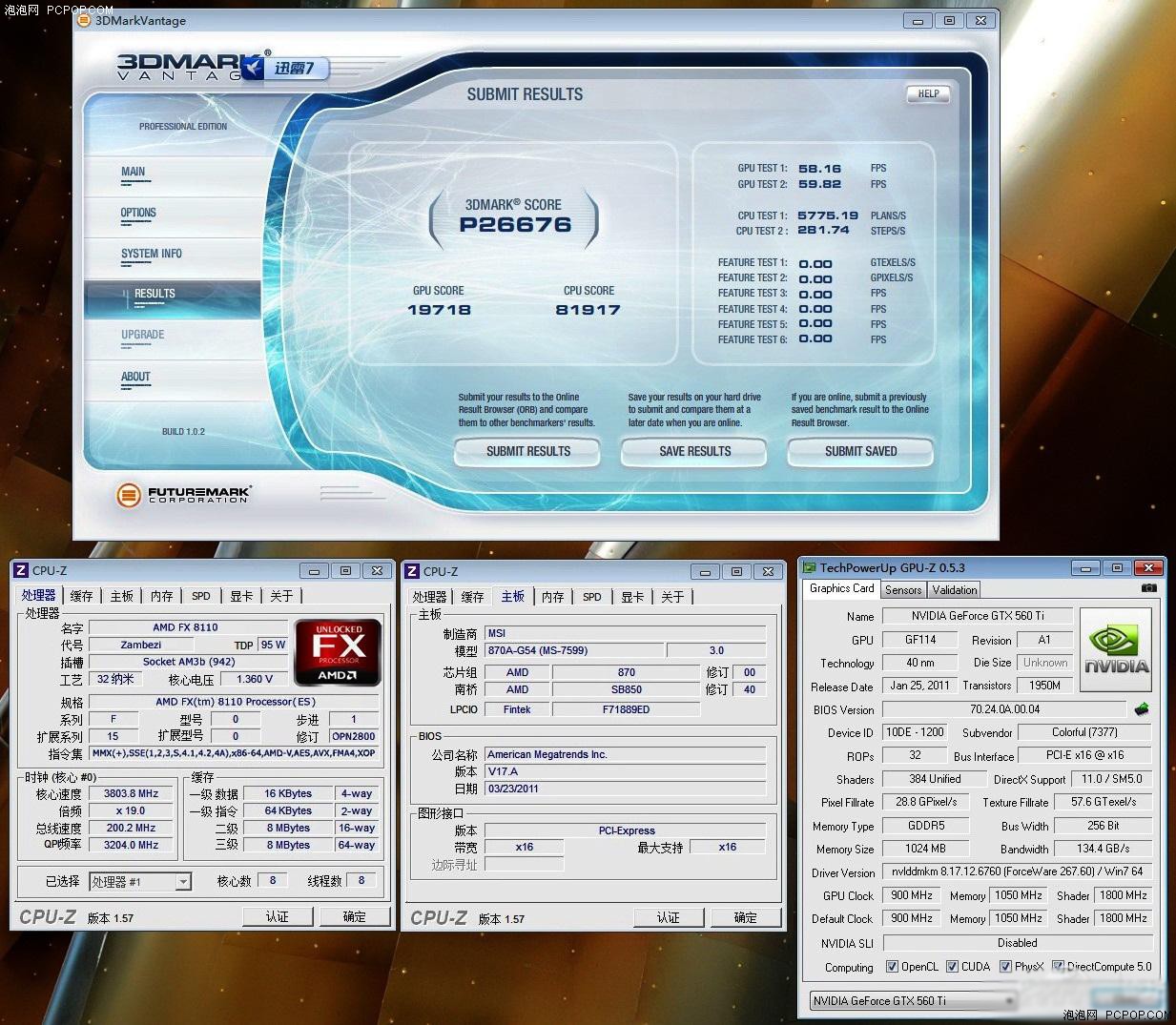 The system used in the test included 4GB DDR3 Ram (Stock), An FX-8110 Processors (Clocked @ 3.8Ghz T.C), MSI 870A-G54 motherboard and a Colorful iGame series GTX 560Ti Card. Considering the CPU clock the chip was running at stock as it has a T.C frequency ranging in between the 4.0Ghz mark. Voltage was maintained at 1.360V for the FX-8110.

The AMD chip is miles ahead of the Intel i7 2600K at a lesser price as shown from the test. There are a couple of other 3D Mark Vantage scores which i'll be posting soon, Stay tuned. 😉

Another set of performance demonstration of FX-8110 processor below: